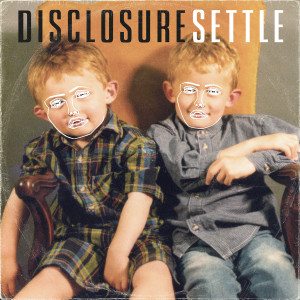 I’ve never been one who enjoys listening to music in social settings. Most of this has to do with wanting to keep the music personal to me — almost like witnessing someone else’s reaction will inevitably tarnish the part of the music that I find to be special. It might sound like a phobia, but it’s more about me wanting to concentrate on the music and nothing else. Because of this predicament, headphones have always been my way of life, and i’m not entirely sure if I would listen to music if they didn’t exist. With them, I am in my own world, and my judgement is all internally based.

You could guess that I don’t particularly like clubs, and it is even rare that I will attend a concert and walk out with any kind of higher appreciation for the music. However, every once in a while an album arrives that simply must be listened to in large, club oriented settings to really hear it. An album that contains such a crazed amount of dance floor energy that it is unable to be contained between a pair of earbuds. Disclosure have made that album.

England house duo Disclosure, made up of siblings Guy and Howard Lawrence, are currently riding a wave of hype (and a few top charting singles to boot) resulting from the fiery, dance floor intensity of their debut album Settle. I’ll say it again, this is a really shitty headphones record; it’s not particularly subtle, and listening to it on repeat will do little to change your initial reaction (whatever that may be). It’s rooted in standard vocal house for sure, and there is nothing out of the ordinary in terms of sounds — but in terms of accessibility and overall quality, this stands out from much of the house music being produced in the 00’s – 10’s (maybe even since the fall of Basement Jaxx). To put it simply, Settle is not only commercial, it’s some of the most pop oriented house music I’ve ever heard. Depending on your relationship with pop music, this is either good, or bad news, and it will dictate the amount of enjoyment you get out of Settle.

This can largely be contributed to the representation of some of Britain’s hottest vocal talents (AlunaGeorge and Jessie Ware for starters) throughout the 14 tracks. While “White Noise” was the first track to be released off this album, probably any of the other (female led) ones could have been released instead, resulting in an equal effect. It’s not that the tracks sound all that similar — although some of them certainly do — but the whole album carries a sense of bravado that, like the acclaimed first single, has an appeal that is hard to deny.

Arguably the most notable aspect of the record is it’s perfect flow, which offers near constant gratification. While there isn’t a whole lot here that truly stands out, each track has its own pleasures, and the perfect sequencing means you will never have to hit the next button. The album starts off with “When a Fire Starts To Burn”, which is a true stroke of sampling genius, and the best possible starting off point. From there we hear a slew of other vocalist heavy tracks that take influence from Garage, 2 Step and even Dubstep. These guys are first and foremost bass producers, and they do a good job of resurfacing bass sounds in interesting ways throughout the album.

Like most pop music, there is a formula that carries Settle, but the performances are so exquisite that the experience feels imaginative despite it’s common tendencies. If it’s played in the right setting, it is a record that can even transcend its obvious shortcomings. Keep in mind, this isn’t anything people will be talking about years down the line — at times I wonder why people are even making such a big deal of it now — but if nothing else, Settle is a reaffirmation of the powers of dance music.