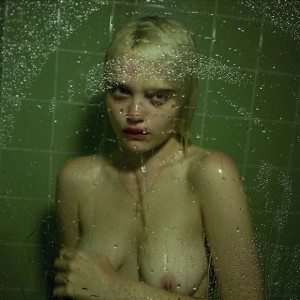 Pop music has both come very far and remained the same throughout the last few decades. It’s a genre that cleverly disguises itself in new layers of muck every few months, but the elements that shine through — sticky choruses, alluring production, impressive vocal hooks — vary only marginally with the passage of time. What I mean by this is, our tastes as a nation aren’t changing the way they appear to be, and most of all, if a pop song is really good, it should always remain that way.

Sky Ferreira is one who you can tell has some mixed feelings with being labeled as a pop star; at least in the traditional sense. Adopted by a major label around the age of 15 (7 years ago now), she succeeded in preventing her advisors from turning her into the next Britney Spears, but years of wasted demos and aggravation was ensued in the process. Last year’s Ghost EP — and more importantly, “Everything Is Embarrassing”, the single that came from it — proved to be a new starting point for the artist, as it seemed she had finally found that adventurous sweet spot she was craving for.

Since that EP, most of the news relating to Sky Ferreira has not been positive, as she was arrested in September with boyfriend Zachary Cole Smith (DIIV) for heroin possession, and cancelled numerous shows as well. Despite sidetracking her role as a teen pop star, the media has remained at the center of her life, and she must really hate it. She’s shown herself to be an artist in a constant state of turmoil, and those themes are the defining roots of her thank-god-it’s-finally-here debut album, Night Time, My Time.

What makes this incredibly long gestation period even more laughable is that Night Time, My Time was actually recorded and produced in no time at all; in a matter of weeks even. It’s anything but rough around the edges though, thanks to Ariel Rechtshaid’s befitting production work that is gushingly lo-fi without being too overblown. This is a different Sky Ferreira than we have heard before, and her sound benefits from the more focused sessions these tracks were culled from. The tracks range from 80’s synth pop — songs that wouldn’t be out of place on a John Hughes film — and more 90’s influenced grunge/fuzz-pop. She pulls off both styles exceedingly well; especially because she wasn’t alive for any of the 80’s, and was a toddler for a good portion of the 90’s. She decorates these tracks with her fantastic, radio-play worthy vocals, (you’ll be reminded of Katy Perry more than once) and an untamed ferociousness sorely lacking in pop.

Sky has always given off the impression that she is intellectually years beyond her age, and she rightfully is, but that’s not what makes Night Time, My Time such a success. In fact, these are songs that you would expect a 21 year old to come up with, and they’re better for it too. While the subtexts will reveal her inner turmoil, on the surface these are songs about direct things: finding the right boy, broken hearts, Christmas (although that last one seems to be more in the vein of a weird sexual innuendo). The whole album seems to revolve around “I Blame Myself” though. It’s the most accessible of the tracks, and also the most personal, as Sky navigates us into her world as she acknowledges her view within the public’s eye.

Again, Sky doesn’t feel completely comfortable with her pop roots, and she will try to escape them with an angrier, more distorted track every once in a while — such as the Suicide homage “Omanko” (check out the horns) or the morbidly depressed title track relatable to Cat Power. She happens to pull,these sounds off quite well, too. Still, these are the exceptions to the album’s enlightened mood and energetic pulse. As such, Night Time, My Time is perhaps a sore title for an album that is overall more reminiscent of pink sunsets and sandy beaches than lonely nights and cruel isolation. This disconnect between what Sky seems to want her music to be, and what it is to everyone else, is perhaps the reason for her struggling career. As far as I’m concerned though, there’s nothing wrong with simple pop music, and this happens to be some of the most enjoyable I’ve heard this year.