You are here: Home / ENTERTAINMENT / Get To Know Long Island’s DiMi Marc

Maybe I’m privy towards people I interview from Long Island cuz that’s my hood and ain’t nobody gonna tell me different.  OK now that I got my boughetto chit chat out of the way, someone who I have been a big fan of for a long time now is hip hop & R&B ingenue is Long Island’s very own DiMi Marc.  I have been able to interview him in the past but when I got word of the epic madness he has going on this month and months to come I knew I had to do a follow up and pick his brain on what is to come.

DiMi Marc is doing something quite extraordinary, releasing three different mixtapes in the month of August.  One is all about the party and being turnt the fuck up (Trap’d Soul’s Will), love (Trap’d Soul’s Love) and emotional turmoil (Trap’d Soul’s Tune).  Quite ambitious for an artist of any level, but seeing as this dude has the talent and flare to back it up, I am sure this is going to be a success.  I recently sat down with DiMi Marc to discuss his ever budding career, amazing mixtapes and if there really is room in the industry for someone like him.  Take a look.

So Dimi, long time no talk since our last interview.  What have you been up to?

It feels like it’s been years! I’ve been preparing. Really growing as an artist, exploring my sound, and getting a clearer sense of where I want to be in the future. I’ve been working with producers and artists from around the world. Building connections and friendships. I’ve been in the studio a lot. And I’ve been handling a lot of business.

You seem to split your time a lot between Boston and New York City, do you find the Boston music scene to be just as prevalent as the New York City one?

It’s certainly different, but not in a bad way. There are people in both cities who are passionate about what they do and are extremely talented. No matter where you are there are opportunities. But the music scene has also moved to a global level for me. Due to the advances in technology, almost on a daily basis I’m working with someone who isn’t in the same city, and most of the times, not even the same country as me.

Looks like you are releasing three mixtapes in a short period of time this month. Quite ambitious.  Why so many?

Well for me, these mixtapes are just a small piece of what I’ve been working on for a long. This year alone, I’ve created close to 100 songs, if not more. Which means I have many projects in the pipeline going forward. There’s this infectious work ethic that has me constantly creating something. And it’s tough because I want to share so much, but everything has it’s time. So starting off with these three mixtapes is right because they’re all tied together as one, Trap’d Soul’s Trilogy.

Trap’d Soul’s Will is the part about wanting to go out and party and turn up. It’s about having fun and not being tied down or trapped by society. It’s the most “turn’t” up section of the Trilogy.

Next one is Trap’d Soul’s Love. Describe that.

Trap’d Soul’s Love is quite literally about the love experiences of the soul. It follows the ups and downs of being in a relationship, breaking up, and trying to move on and find someone new. But above all, I think it’s about constantly questioning and attempting to communicate with one’s romantic partner.

Finally in the trilogy, we have Trap’d Soul’s Tune.  Tell me about that one.

So Tune is all about the emotional turmoil felt by the Trap’d Soul. It’s about exploring what is wanted most in life, dealing with feelings of loneliness and fake people, fighting to be understood, and constantly moving forward into the future.

Wow so you really broke each down to emotional, party and love songs.  What inspired the breakdown of each?

From the very beginning, Trap’d Soul’s Trilogy was always one project that grew organically into distinct parts. I first introduced Trap’d Soul with It’s A D-Mix 2 at the end of 2013 as an exploration into the combination of hip hop with EDM Trap music. For It’s A D-Mix 3, I wanted to continue that combination of genres but also work towards exploitation of feelings. For me, music has always been about the feelings it invokes more than anything else. So the 3 parts are overarching themes in a collection of feelings. By separating the music into different parts, I created experiences for how you, as a listener, are feeling or want to feel. When you are feeling like acting the fool or being light spirited, you listen to Will. When you’re feeling mellow or are attempting to remember why you do what you do, you listen to Tune. And when something romantic or a lack of romance is going on in your life, you listen to Love. 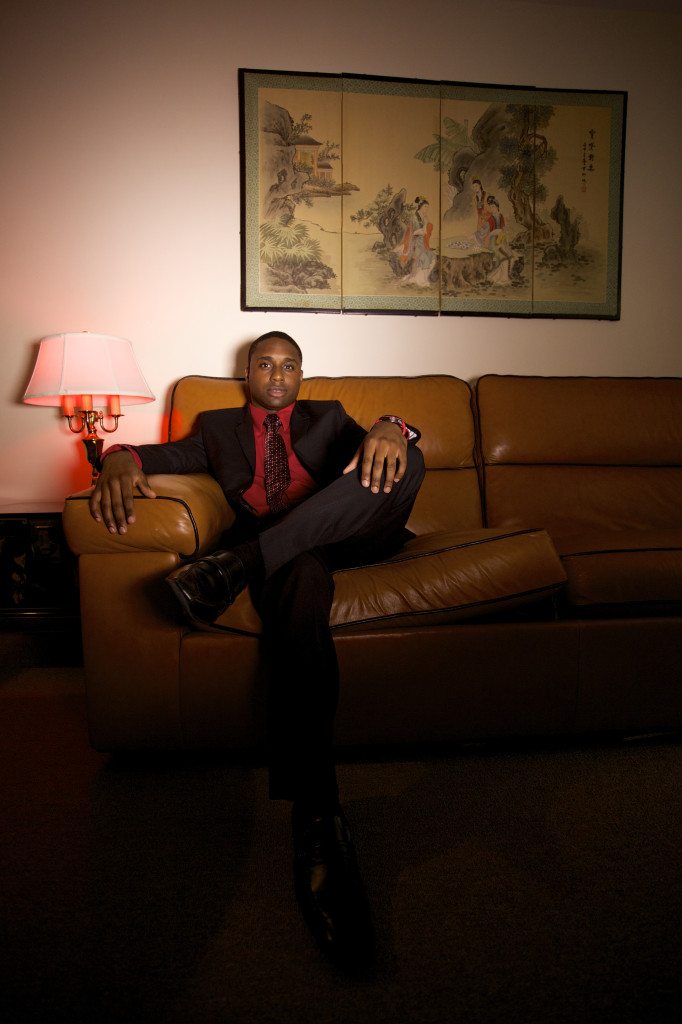 With thirty songs out, can you let me know which song off each mixtape you like the most and why?

That’s tough! That’s like asking a parent which child they like the most. [Smiles and chuckles] My favorite songs change depending on where I am that day. And that’s the beauty of the trilogy. What you’re connecting to most is tied to what you’re experiencing. Every time you listen you have the chance to fall in love with something new.

Are you doing any concerts in the Manhattan area where my readers can come and see you perform these great songs?

I’m not too sure, right now I don’t believe anything is concrete just yet. I know my team and I have been in touch and in talks with different promoters and venues, so hopefully soon! It’s been such a while since I’ve had the opportunity to perform live out here. But what I would love to do more of are house party concerts. I used to do them a lot back in college and it was always such a blast. If anyone is throwing a party, shoot us an email ([email protected]) or call/text (631.209.7023) and I’ll come rock out with y’all.

Seeing as you are a cross between Drake & Kanye, which seems to be a popular genre of music nowadays, do you feel like there is room for a DiMi Marc type in the industry?

What has been amazing is having so many people tell me I remind them of Kanye, or Drake, or Eminem, Gambino, Cudi, and even LL Cool J. It’s amazing and I’m honored and humbled to have my music placed at such a high caliber. Those are certainly artists that I, and many other cats coming up in the game, have drawn influence from. And that is what art is all about, inspiring and drawing greatness out of others. That sad thing is there are tons of artists out there. Dope artists! Artists that haven’t been heard yet and that you and I may never get the opportunity to hear. Artists that are better than me and probably everybody out right now. So I’m not focused on being the dopest lyricist or the greatest singer. I’m focused on making music that touches peoples. Music that makes people dance, cry, smile, think, love. I’m focused on making music that makes people feel. By focusing on the feeling in the music it allows me to exists in multiple genres and create a wide range of music. In today’s industry many artists are good or great at one or two things. Most of them stay in their lane. Some artists attempt to do different things and fail. But there are few artists today that are truly able to cross over into different realms and succeed at there goals. And I’m blessed to be one of the few artists who can do that. So yeah, there is room in the industry for DiMi Marc.

Now that 2014 is more than halfway over, do you have an ultimate goal as to where you want this trilogy to be when the new year hits?

I want it to be in your headphones or coming through your speakers. I want the trilogy on your mobile phone or spotify playlist. I want people to listen to it. Share it. Enjoy it. I really want the trilogy to be something that people can always connect with and have at their finger tips to vibe with. I’m aiming for a lot downloads and buzz about the trilogy because I’m hoping that when someone’s getting ready to go out, they’re bumping to Trap’d Soul’s Will. When life isn’t exactly going your way, you’re playing Trap’d Soul’s Tune. If love is going right or wrong, you’re singing along to Trap’d Soul’s Love. That’s my ultimate goal for the trilogy by the end of the year, for it to be there for as many people as possible.

Want to know more about all things DiMi Marc?  Check out his official site, Facebook & Twitter for more info!