Any opportunity to see Linda Lavin on stage is one worth seizing  and although her latest Broadway project may not be the most riveting piece of theater, it shouldn’t be disregarded.  Richard Greenberg’s memory play, Our Mother’s Brief Affair is a quiet and profound glimpse into the layered complexities of human interaction.

Anna (Lavin) is a dyed-in-the-wool New York liberal with a slighty hardened edge. As the play opens, she is once again on her death bed, although according to her son, Seth (Greg Keller), Anna’s belief in her own demise is a frequent occurence. Prone to exaggeration, we are never quite certain that her proclamations, both about her health and her life experiences, are true. Seth and his twin sister, Abby (Kate Arrington), spend much of the show in flashbacks with their mother as the story skips between 1973 and 2003. The current time frame is 2006. Their father was no prize and by the end of Act 1, we learm that Anna had an affair. What makes the admission so unique is not that it happened, but who the lover was (to reveal it is too much of a spoiler alert). 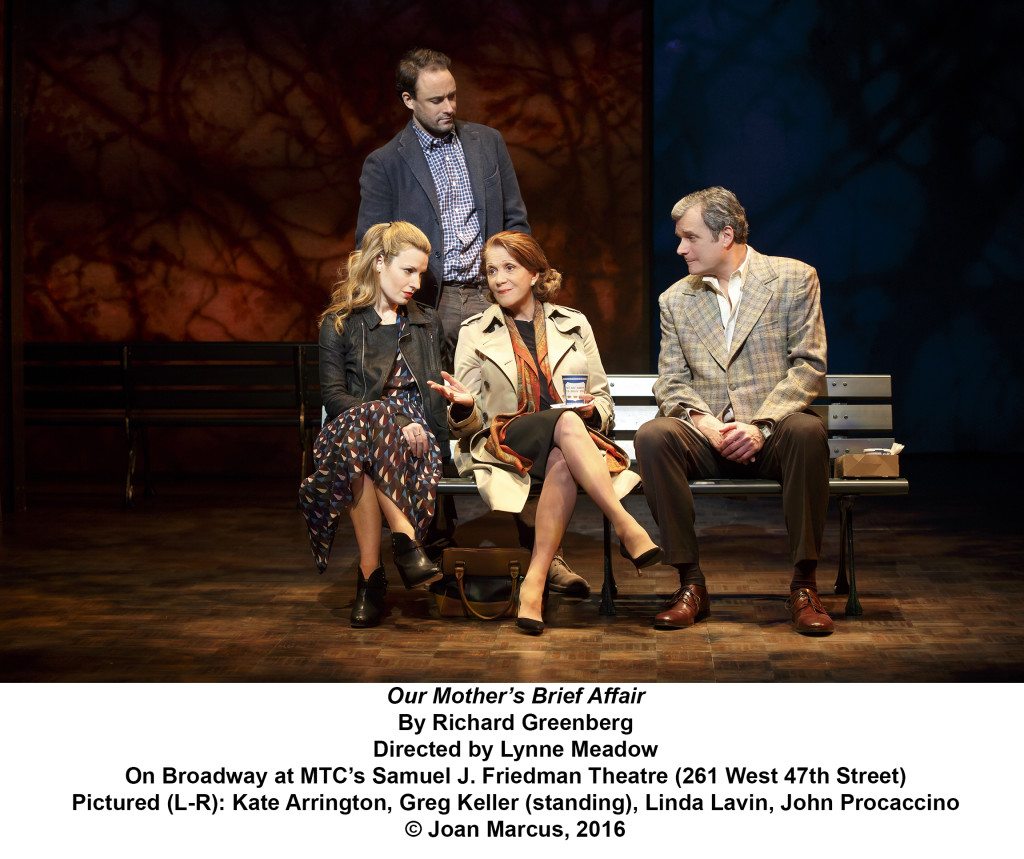 Anna’s “lover” (John Proccacino) is not exactly a well respected man and the revelation is met with great opposition from her children. Yet Greenberg does a marvelous job of isolating and perhaps compartamentalizing this specific exchage of understanding and kindness between two difficult people.

Keller is marvelous and cleary at ease as a son trying to make sense of his mother’s questionable transgressions. Procaccino brings warmth and likeablity into an otherwise despicable personality. Lavin once again shines in a role that fits her like a well worn coat.

The Manhattan Theatre Club’s play tends to drag in places, leaving one to wish that this affair were even more brief. By the end however, questions of truth, ethics, and life validation will inevitably unfold. 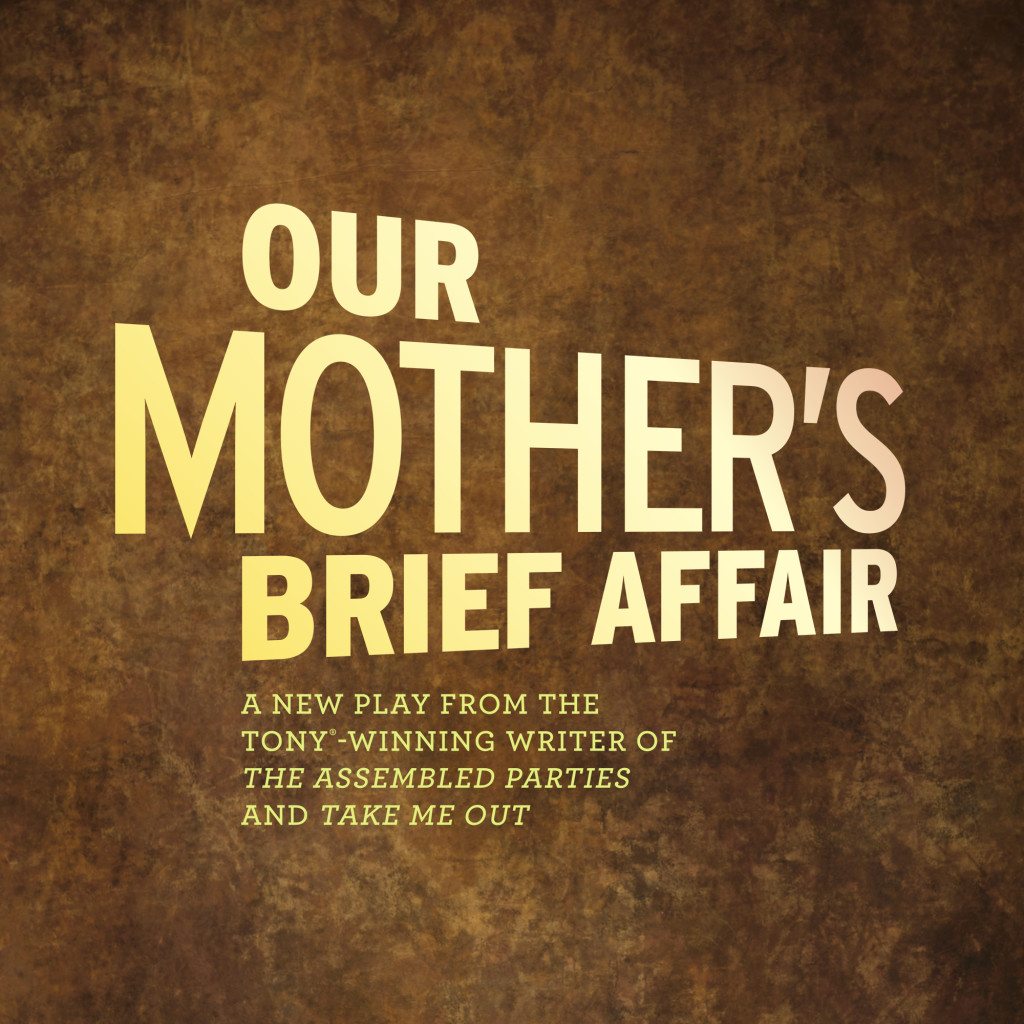 Our Mother’s Brief Affair is playing on Broadway at the Samuel J. Friedman Theatre (W. 47th between 8th and Broadway)  For tickets and information, visit the box office or go to: Manhattan Theatre Club.