You are here: Home / ENTERTAINMENT / Theater Review: Darko Tresnjak’s “Anastasia” is One to Remember

Adaptations of films into musical stage versions continue to be the usual trend for contemporary theatre these days.  In many cases, I’m left questioning the necessity. (This season’s Groundhog Day instantly comes to mind.)   Other movies however, naturally lend themselves to song and dance. Such is the case with Anastasia, the splashy, big-hearted old fashioned musical which recently opened on Broadway. While Terrence McNally’s book doesn’t adhere religiously to the the 1997 animated film or to the original 1956 film, program notes state that it was “inspired by the Twentieth Century Fox Motion Pictures.” These sources have served the creative team quite well.

Christy Altomare stars as Anya, an amnesiac in search of her identity. Anya might be related to the last Russian Czar, but her possible family was killed brutally amidst the revolution and the only surviving member is her grandmother, the Dowager Empress (Mary Beth Peil). Prior to the massacre, her grandmother gave Anya a music box before permanently departing to Paris.   With the help of former count Vlad (John Bolton) and Dmitry (Derek Klena), she hops a train from St. Petersburg to Paris in order to claim what she believes is her rightful place in family history. No story would be complete without an antagonist, however; enter Gleb (Ramin Karimloo) an angry Russian soldier intent on thwarting our young heroine. 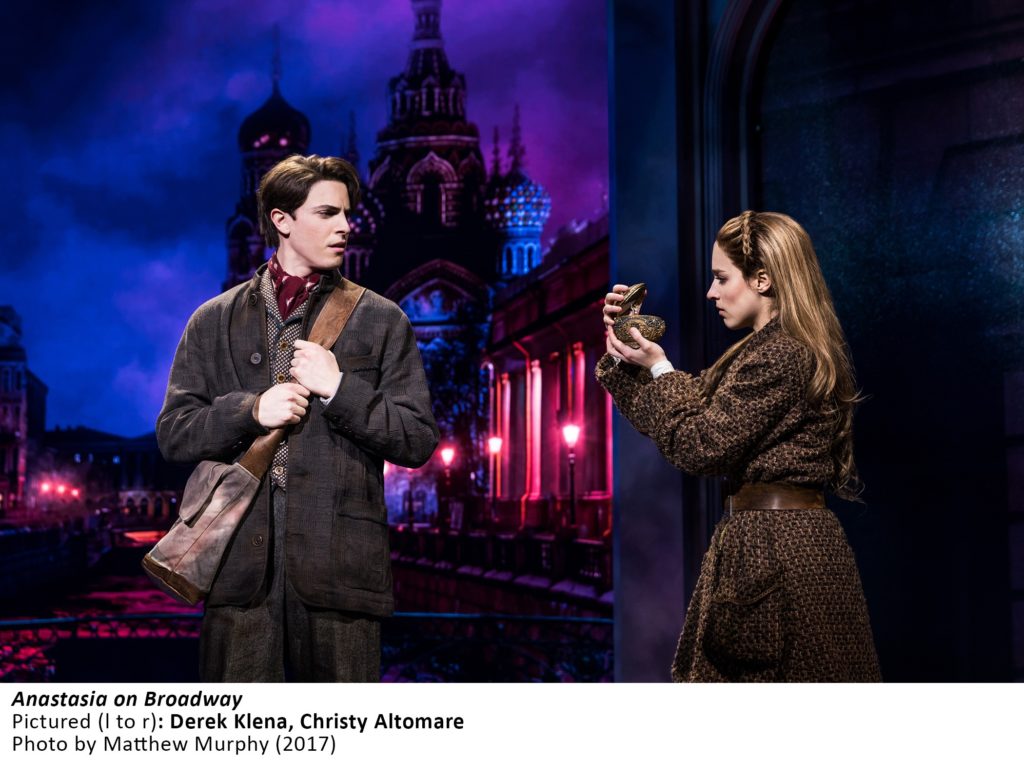 Stephen Flaherty (music) and Lynn Ahrens (lyrics), who contributed tunes to the animated feature, have effectively filled the stage treatment with a diverse, but mostly lush score, retaining much of the film’s music. Director Darko Tresnjak has assembled a stellar cast of Broadway veterans including Bolton and Caroline O’Conner, who steal the show in the hilarious number, “The Countness and the Common Man.”  Peil, who received a Tony nomination for her performance, is also superb as the hardened aristocrat. 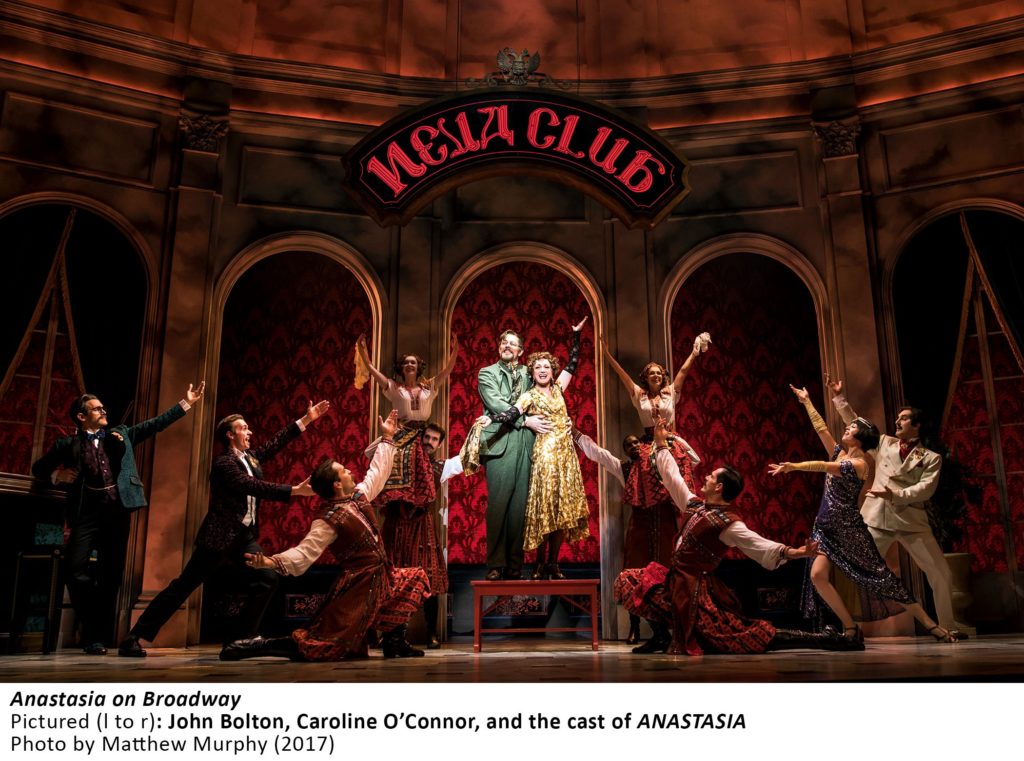 Scenic designer Alexander Dodge, projection designer Aaron Rhyne, and lighting designer Donald Holder provide an absolutely stunning and regal setting which beautifully complement Lindo Cho’s elegant costumes.  There is quite a bit to admire here and with many family friendly Broadway shows vying for audiences, Anastasia is guaranteed to capture the hearts and imaginations of children and adults alike.

Anastasia is now playing at the Broadhurst Theatre (West 44th St. between Broadway and 8th). For tickets, visit the box office or click here.