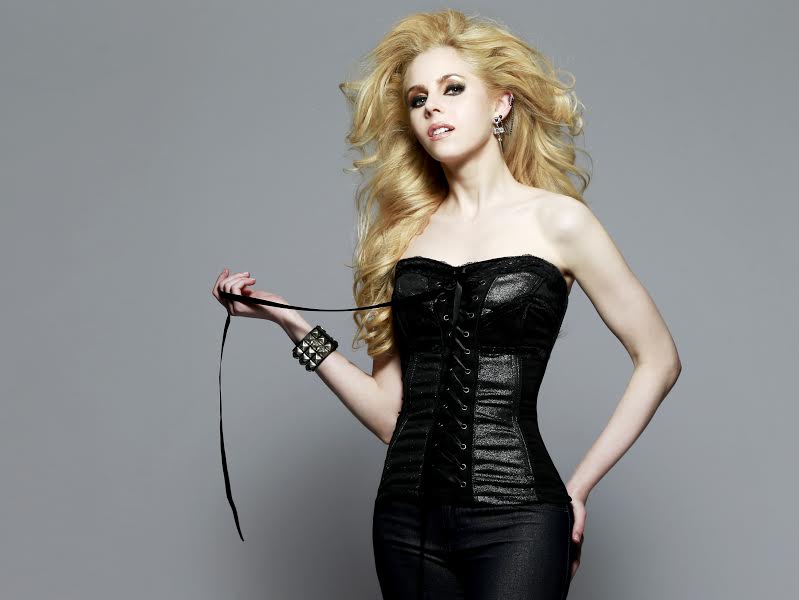 It’s always a very exciting feeling when you get a big opportunity to showcase your talent to the world.  Broadway actress turned pop singer Brooke Moriber will be experiencing that tonight, as she will be front and center at Madison Square Garden to perform the National Anthem during the New York Knicks basketball game! END_OF_DOCUMENT_TOKEN_TO_BE_REPLACED

For any actor or actress in New York City, it is one’s dream beyond dreams to appear on Broadway, otherwise known as Mecca to most in that industry.  What happens when you get that chance when you are just a young kid in the historic production of “Les Miserables”?  Well meet Brooke Moriber, who did that and so much more.  The Broadway actress has had her fair share of success on Broadway, performing with acclaimed director & writer Andrew Lloyd Webber and then transitioning her time on stage into a successful television career with roles on “As The World Turns” and several commercials.

With all of that success, Brooke’s new focus is music and has dropped her first EP called “Fire”, which is reminiscent of acts like Avril Lavigne and Gwen Stefani to name a few.  Amidst her chaotic career, Brooke took time to sit down with me to discuss her life leading up to this, her EP and so much more.  Take a look.

So it looks like music has always been an influence in your life.  Did growing up in a city like Manhattan draw from any of that?

Absolutely! I am so lucky to be a native New Yorker. I grew up in Greenwich Village, which is known for its artistic community, and I was always surrounded by music. My parents loved theater so they would come home after a night out and pop in a soundtrack from a show. I always thought it was the coolest thing to have music captured forever on a recording. I always wanted to be on one.

You started off in Broadway but have transitioned into the pop music scene. Which do you prefer?

Wow that is a tough question. They are so different. I always wanted a recording career. That’s what I dreamed of as a child but when I ended up doing my first Broadway show, I was hooked. I love them both. I have taken this year to really focus on my music because I have devoted so much of my time to my acting career but I hope to be able to have a career doing both for as long as I can!

Can you describe the feeling of what it was like to be on the Broadway stage at such a young age in Les Miserables?

Absolutely terrifying!!!!! I was so excited to get the part—it was my first audition—but once I stepped on to the stage for my first performance I almost ran off of it! I’m so glad I stayed because, once I started to sing, all of the nerves went away. It’s still kind of like that. I’m always nervous no matter how big or small the gig is but once I finally start performing, I’m at home.

Do you have a particular favorite moment on Broadway that has stuck with you throughout the years?

Singing for the legendary Stephen Sondheim at the first rehearsal for “Follies”. He had not heard Joan Roberts and I sing the duet One Last Kiss together yet—(the song sung by the elder Operetta singer and her younger self). I was extremely nervous but after we sang, I looked over to see him wiping tears away as he told us how beautiful it was. That was an awesome moment for me. And a huge relief!

Tell me more about your upcoming EP.  Why did you title it “Fire”?

There are four songs on the EP. My writing in the past has leaned a little more towards rock but, since working with my producers Lee Nadel and Rich Mercurio, they have pushed me in a slicker, more electronic direction—more “top 40 radio”.

The last song I wrote for the EP is called Fire. It may be my favorite (I guess that answers question 7:). I titled the EP after it because the meaning of the song encompasses how I feel about my journey towards being the artist and the human being that I am today. Fire started out as a very pathetic moment of me crying over my keyboard after a horrible day but, as the song came to me, it lead me towards a different way of thinking about my troubles. It ended up being the slap in the face that I needed. It can be interpreted as a break up song but I actually wrote it about overcoming obstacles by accepting them as a positive and necessary thing. We need to have challenge in life to make us stronger. The song itself is proof that most good things come with struggle. Had I not had an awful day, I would never have written it! The lyrics at the end of the chorus are: “You light me up when you set me on fire, I feel inspired”. In short, the message is “bring it on!”

If you could give me two artists that you drew inspirations from for this EP, who are they and why?

Well I have to give you four!  No matter what I write or what I sing I will always be influenced by my two favorite vocalists: Linda Ronstadt and Eddie Vedder. Linda Ronstadt was famous in the 80’s and my mom always played me her music. She has the most beautiful sound to her voice. Eddie Vedder, the lead singer of Pearl Jam, is just awesome. He and Linda have such distinctive voices. You know who’s singing the minute you hear them.

On the other hand, Katy Perry and Sia have definitely been inspiring to me as female pop artists today. They are both extremely talented and admirable women with a very distinct sound to their music.

What are you hopeful for regarding “Fire” in 2015 and beyond?

When I first met with my producers Lee Nadel and Rich Mercurio, they asked me what I wanted from this EP and I said “I want to get my music on top 40 radio”. I really do want my music to be heard. I want to get it out there to as many people as possible. I’m hopeful that dreaming big will pay off!

For more on Brooke, check out her official site.