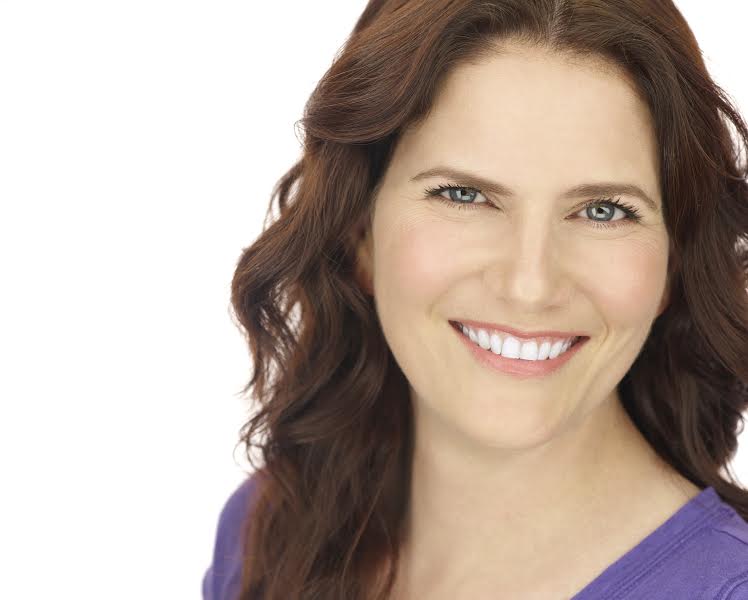 Author.  Actress.  Outspoken LGBT Activist.  Just some of the words you can describe for the uber talented Kimberly Amato.  There isn’t much that Kimberly can’t do in today’s day and age.  Write a super impressive novel (Steele Resolve) with many more to come?  Check.  Star in a popular YouTube series? (Nic & Kimmie Show)?  Double check.  Kimberly has kept herself quite busy in her acting and writing career over the past ten years, and has a lot more to come in the future.  Check out our exclusive interview we did with her at Manhattan Digest.

What inspired you to get into acting in the first place?

It was so many things, but primarily it was the idea of being someone other than myself. I could have any job, hobby, name, family – but I didn’t have to be Kimberly. I could explore the world from the set of any production.

Do you have any particular actor/actress, movie or TV show that really was the driving force in getting you into this particular industry?

Jodie Foster. She has such a way about her and her work ethic. Her ability to showcase her talents in so many different roles was inspiring. As I got older and read more about her, I was more fascinated. She’s a brilliant woman who moves me to spread my wings and continue fighting for my career.

Your IMDB profile is very impressive.  What has been your favorite role you have taken on so far and why?

I loved playing “Raven” in “Under The Raven’s Wing”. The writing was great, availability to improv was supported and it was the most versatile character ever. During one day of shooting I went from calm to angry to emotionally drained – it was awesome.

A ton of debate has been going on lately regarding female roles in Hollywood, and how they are expanding beyond the stereotypical types.  What are your thoughts on that?

I think it is a bit of a double edged sword. I do happen to see more roles for women that are out of the mold – but they are being played by younger women. The older actresses are more on television and have more “classic” roles handed to them. We can be anything, but at a certain point we are no longer viable for an action hero character. Men are afforded longevity in areas like that. It’s also interesting that when women are cast in these tougher, more action based roles – they are brought down by men only referencing their beauty. Most recently two stars of the Avengers referred to the Black Widow as a whore. In jest or not, it sets a precedent to younger people.

Another example is actress/activist Angelina Jolie speaking to the U.N. on the crisis in Syria. The Syrian U.N. Ambassador, Bashar Ja’afari was asked his opinion on her speech – he said she was beautiful. No matter how many roles, directorial successes women seem to have or expand into – it always comes back to how we look and not who we are.

Do you have a particular actor, actress or director you are dying to work with?

Joss Whedon, Jodie Foster and Angelina Jolie – they bring such rich stories to the screen with well-developed characters. Not to mention, I have always wanted to play an action hero or a vampire hunter.

You are also an author of a book called “Steele Resolve”.  What is it about?

It’s about Jasmine Steele, a detective who had her life going in the right direction. She was happy with her job, even through it was a detour from her dream. She had the love of her life and was planning to take the next step. Then she got a call that all families dread. Her brother was murdered in a car accident. Her life fell apart. She’s raising her nephew and had no room to deal with her grief. She lost connections with friends, her work suffered and she lost her soulmate. Now a series of murders all relate back to that fateful night. She has to find a way to figure it all out before someone else she loves dies.

Would you consider doing more novels in the future?

Oh yes! I am currently working on Melting Steele – book 2 of the Steele Series. I would love to continue writing the Steele Series for as long as the fanbase allows. Beyond that I have several other books and screenplays outlined just waiting to be put to page – er computer screen.

You are also part of the LGBT community.  What was your take on Bruce Jenner’s revelation this past week?

I was very thankful that someone with more visibility actually stood up and expressed themselves. I will be honest and say I have friends on Facebook that I would love to see documentaries on. Bruce was courageous yes, but he has money and support. Many others out there are alone and we need to see them as well for a more rounded view of the issue.

What strides do you think we still need to take overall as a community?

We need to change the negative views that we are deviants, rapists, pedophiles and whatever else people say. We need to speak of the reality with factual based arguments and not fight one another. After Bruce Jenner spoke, people were asking me about what sport he should be allowed to play and what bathroom he should use if he doesn’t get a full sex change operation. They asked me about how he could identify as straight if he felt he was a woman.  Some of these questions came from supporters and members of our community. The answer is simple – It doesn’t matter. We live in a society with a need to categorize everything. We are not criminals, we don’t need a registry – we need acceptance. If we can change that, maybe we have a chance, but we must stand as one. I’d like to think this is all possible.

Anything else you have going on in 2015 and beyond you can share?

I do have Melting Steele and Breaking Steele on my to-do list and I have been auditioning as much as possible. Other than that, I am working on my webseries endeavor with Nicole Stiegelbauer called The Nic & Kimmie Show. We are planning to shoot more episodes this summer.