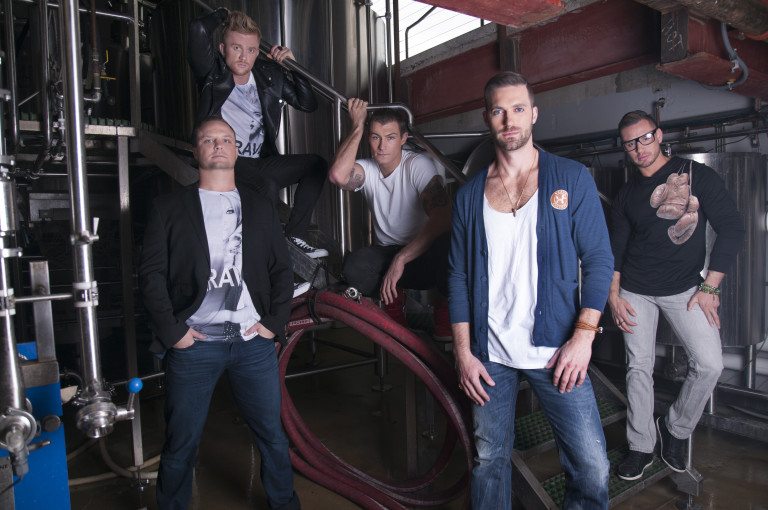 As someone who is always interested in up and coming brands, primarily ones with an LGBT focus, it gives me a great sense of adoration when there is one in particular I really like a lot that has had some fantastic developments to them, all within a short time frame.  This can be said of the up and coming and booming clothing line Krave and Kulture, who just relaunched their website with four incredible new collections for the savvy & smart guy.

END_OF_DOCUMENT_TOKEN_TO_BE_REPLACED 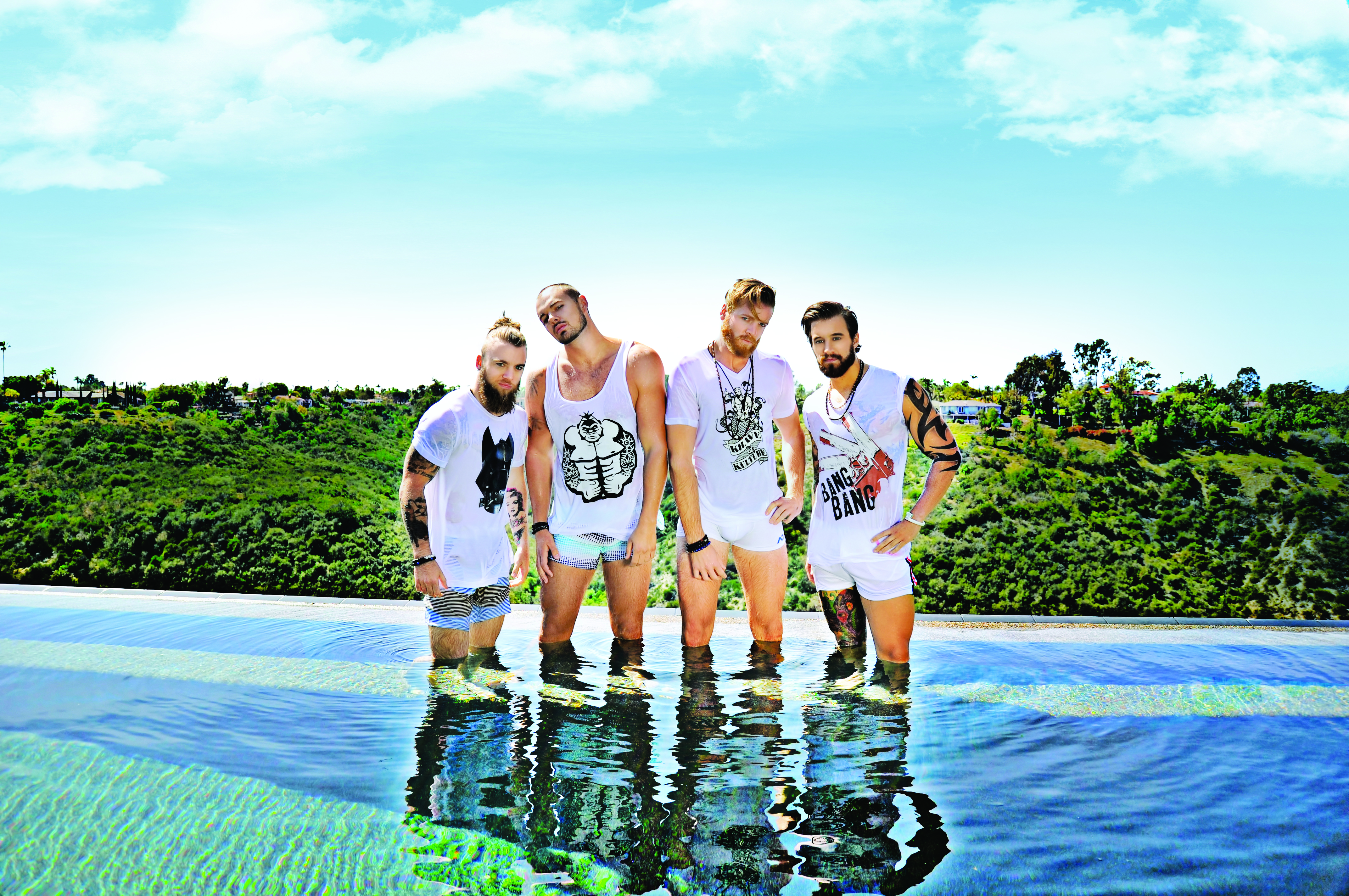 In recent years, gay men’s fashion has been primarily designated to one or two different companies who keep coming out with the same tired formats for the same tired types of guys.  Luckily, there is a new west coast brand that in a short matter of time will be making quite the buzz on both coasts and internationally as well.  This is called Krave & Kulture, which is based in San Diego, California.

Krave & Kulture was recently started by business partners David Quintanilla and Bryan Miller, who took clever print designs and is turning them into something that will become red hot in the ever popular world of T-Shirts and accessories.  The bold and unique concepts are perfect now that the weather is finally becoming warmer in the east coast, and will be a topic of conversation at many upcoming gay events such as Bear Week in Provincetown and all the circuit parties here on Fire Island.  What is even better is that Krave & Kulture doesn’t discriminate when it comes to body size, something that other brands tend to do (yet they never admit it).  Their sizes run from Small to XXL and are designed to fit each and every type of guy.  Smart advertising if I may say so myself.

I sat down with David & Bryan to discuss Krave & Kulture as a whole, the concepts behind all of it and its hopeful future in 2015 and beyond.  Take a look.

So tell me how the concept of Krave & Kulture started for both of you?

David- I’m a photographer and a graphic designer by trade.  I wanted to come up with another way to put my designs on something other than a canvas or gallery wall so I started coming up with a concept of making clothing with my images.  Bryan and I had been friends for quite a while, and when I was sitting down with him and picking his brain about the business, he had a lot of really good information to offer.  He had just left a corporate job from a major corporation and slowly we started developing a business plan which organically turned into a partnership.

When you start any type of a brand there are usually people or companies that inspire you to do this line of work.  Who were your inspirations?

David- That is something that makes us a little bit different is that the inspiration for Krave & Kulture isn’t really other designers or brands.  We get inspired by art, and being in the gay culture we are inspired by masculinity, testosterone and being around men.  Also, we started off with the idea of the west coast culture and kind of lifestyle here which is why we decided to do ready to wear as opposed to going down other avenues.

How did you guys come up with the name “Krave & Kulture”?

David- Krave & Kulture was basically was one of several names that was trying to embody what we are trying to do.  The idea of doing something fresh, bold yet casual and easy for guys.  We developed this around a subculture of men who wanted casual clothing that was really cool but easy.  Not to endlessly figure out what goes with what, but just throw on a top and go to the beach, bar, coffee shop or a nightclub with it on for instance.  So the idea of craving that kind of culture is where that came from and we decided to spell it with K to add a little flare.

Sometimes gay brands tend to skew towards a skinnier and much more lean demographic, yet I noticed that your sizes run from small to XXL.  Did you have a strategy from the get go to include all different sizes for the gay community?

Yep, absolutely.  That was the whole goal from the beginning is that if we were going to do this that we would create designs for guys who felt comfortable in it.  There is a big bear community not only in San Diego but in the entire country and we wanted to identify that.  The clothes shouldn’t be just designed for the Abercrombie & Fitch type model, there are regular guys who wanted to be seen in those cool types of shirts.

An average gay brand would carry extra smalls, smalls and mediums whereas we decided to start with small and work our way up to XXL, just because for the bigger guys it is more about comfort and is designed to fit them perfectly.  I am a bigger guy myself so I like my shirt to be tight on the arms, tight on the chest but a little bit of room in the stomach area.  I designed them selfishly I guess because I wanted to feel as comfortable in them as the rest of the guys who were trying them on.  This also carries to our accessory line as well, because there is a lot of times where guys have bigger wrists.  We have two sizes available- standard and thick, so we want to have guys who have thicker wrists feel welcomed as well to try them on.

How do you guys go into designing the shirts and accessories?

David- The designs on the shirts for this Spring and Summer collection are four collections. One of them is nautical, we wanted to design around the sea and the ocean.  If you look at some of the stuff, we reference old school tattoos such as anchors amongst others.  Another collection is Popart, so like a balloon dog with a Ken Doll on it.  Like a fun conversation piece with a bold graphic on it.  The other two collections are phrases, whether they are funny or conversation starters.  The other side of it is that we offer full print photo shirts.  So I take my photography and manipulate it and make some pretty cool graphic on the shirts.

You are based in San Diego, do you have a storefront there or are you based remotely?

David- Our business plan is to sell wholesale to retailers.  As of right now, we don’t have any plans to become a storefront, however we just want to make this available for the general population of the United States and internationally, so we started with the online store.

What are your hopeful goals for Krave & Kulture going into the rest of 2015 and beyond?

Bryan- We’ve got a plan in place that is going to help us not only create a presence on the west coast but hopefully everywhere.  We started speaking out to different retailers, some that have picked us up, and our goal really is to expand it as far as we humanly can.  When that business picks up we want to expand our line and do more than T-shirts and accessories.  We don’t just want to be known for just those things, we want to be known as a lifestyle store and work with those guys in the demographics that we discussed to be able to have some really  cool and edgy items to wear in their everyday lives.

If you happen to be in the San Diego area today, Krave & Kulture are having their first launch party at Urban Mo’s located at 308 University Avenue.