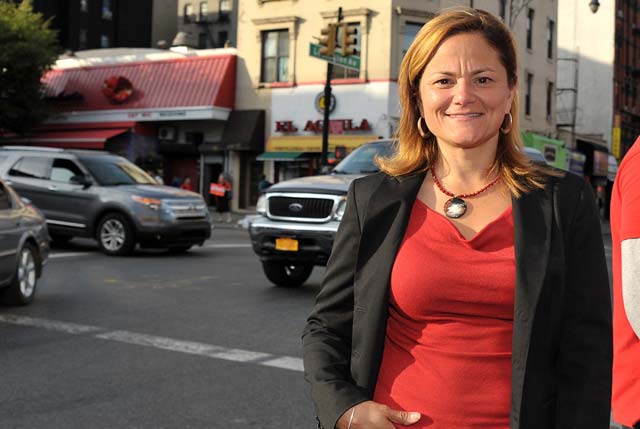 Wednesday afternoon, the New York City Council unanimously elected Melissa Mark-Viverito as its new Speaker. She is the first Hispanic to hold the position. She is also very close to the new mayor, Bill de Blasio. Her election marks a major defeat for the county party bosses and a triumph for the progressive caucus on the council. Now, if her financial disclosure problems will go away, all will be well.

About the NYC Council Speaker

The Speaker’s job is the second most important in the city government after the mayor. While the Public Advocate is first in line in the event the mayor can’t complete his term, the Speaker controls the city’s legislative agenda and committee appointments. Annoy the Speaker, and you’re effectiveness on the council is greatly diminished.

For that reason, Mark-Viverito won unanimous support. Daniel Garodnick was her only real challenger up until shortly before the vote. Garodnik won a standing ovation for withdrawing at the last minute and saying “In the spirit of strengthening the Council, which animated my candidacy from the start, I want to formally concede to the next speaker of the City Council, my colleague, Melissa Mark-Viverito.” She had the votes, and putting his supporters on record as opposing her was political folly.

The progressive caucus and the Brooklyn Democratic Party, in a deal brokered by Mayor de Blasio, put together a majority despite the best efforts of the Queens Democratic boss Congressman Joe Crowley. Once this was done, the only thing Garodnik could do was a find a graceful exit – which he did. And since Carolyn Maloney is not running for re-election to Congress, expect Crowley to support him for the seat (and don’t be surprised if Mark-Viverito helps him, too – she’ll be glad to get rid of a rival).

Mark-Viverito does have a small problem stemming from property she owns and the city’s requirement that city council members (and 8,000 other people who get city paychecks) disclose various facts about their finances. The Daily News reported “She has been dogged by controversy in recent days after the Daily News reported that she rented out apartments in an E. 111th St. building she owns without reporting the income on city financial disclosure forms, and she still has not released her tax returns to clarify whether she reported the income to the IRS.”

In the absence of hard evidence of wrong-doing, I am prepared to say this was an oversight and that if she puts the paper work in order (and pays any appropriate fines), the issue will fade. However, if Joe Crowley gets a lever from this to use against her, her speakership might be short-lived.