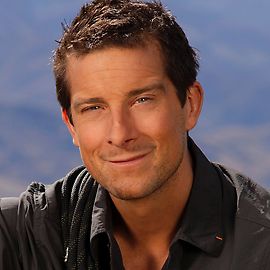 Get Out Alive with Bear Grylls: Mondays at 9 p.m. Eastern on NBC

Get Out Alive stars survival guru Bear Grylls in a competition to see which teams can make it through the diverse New Zealand wilderness. Teams are paired up and given simple survival tasks, such as procuring food, building shelter, making fire or navigating an obstacle to a new place. After each step of the way, the weakest team is eliminated until there is only one team left who makes it the entire way to civilization. The show, much it’s companion is built less around getting from point A to point B faster  or backbiting politics, and more around endurance, teamwork, and a survivalist spirit.

We open on a rapid fire series of shots (including a cool series of shots of Grylls skydiving into the fray) and introductory talking heads explaining our contestants motivations. From here our obstacle team took over, having to navigate our team down a swift moving glacial river bank towards a camp of dry land. After a relatively uneventful run through the river, our food team was sent bushwhacking up to a cavern where Bear left food for the contestants, only for it to be found in a freezing cold creek.

After procuring food, our team is forced to navigate down to a safer overnight camp, a task made considerably more difficult when carrying a deer carcass and with two men on the verge of hypothermia. Ultimately, they make it to the camp, where the shelter and fire teams must rush against the falling sun. Bear emerges from the wild, and prods the contestants to move faster before giving the contestants fish eyes and telling them to procure urine.

The urine was ultimately used for their next challenge, which had the contestants making urine and mud water acceptable for drinking. This challenge plays much like the immunity challenges in Survivor, with the winners getting to eat a large feast and get some peace of mind, while the others have a small amount of rice and beans to sustain themselves for the day, before heading off to Bear’s camp to stave off elimination.

It’s pretty commendable that Get Out Alive manages to create a purely cooperative format that doesn’t encourage the usual backbiting that comes with the genre, it also tends to suffer from a lack of drama. Part of this seems to be the result of pacing, as any particular conflict tends to end up glossed over in a matter of seconds, even though there were clear opportunities for the contestants to get into disagreements (many of which revolve around food). The largest reason for this, however, seems to be due to an elimination process where the sole judge, jury, and eliminator is Grylls himself – and his major criteria are hard work, intelligence, and enthusiasm, not gamesmanship and sniping.

The truly most frustrating aspect of Get Out Alive, however, is the fact that in spite of some truly stunning camera work, the show is over-narrated, often telling in lieu of showing. The end result is a show that spends more time in talking heads and less time playing to its strengths. Weirdly enough, the one person whom seems reduced to five second sound bites is Bear himself, whose observations become increasingly redundant as the hour wears on. This is a shame, as whenever Grylls is allowed to explain something at length, he lights up the screen in a way that few others can.

The Final Verdict: Get Out Alive wants to be a positive, and heartwarming alternative to Survivor in the worst way. But weirdly enough, its’ formula of quick cuts, tons of narration, and lack of emphasis on anything besides a linear navigation of survival and the contest create a fairly boring hour of television. I could however, see this show becoming better as the season wears on and the number of contestants (and hopefully cutaways) dwindles, allowing the show to avoid talking us to death. I’d probably wait and see for that reason, but if you’re looking for inoffensive and non-challenging TV fare, you could do much worse.