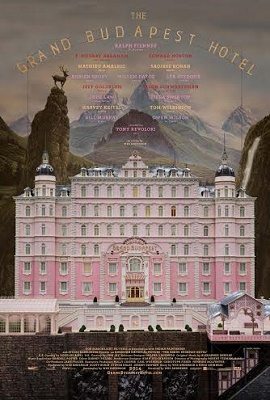 While Wes Anderson has always been a fairly prolific filmmaker (with the average gap for his film releases being three years), it’s still a bit of a jolt that he was able to put out his latest film so rapidly. It hasn’t even been a full two years yet since the release of 2012’s Moonrise Kingdom, a meticulously detailed movie that seemingly was enhanced by Anderson’s previous foray into animation, yet now he’s a released a follow up film, The Grand Budapest Hotel, that’s ornate and vivid in a very similar sense. It’s certainly impressive that Wes Anderson is able to release such films at an alarmingly fast rate and still be considered an “artist”, especially as The Grand Budapest Hotel might rank as his best made film to date in terms of spectacle and craft, even if other areas of it suggest a delivery that was a mite bit rushed.

Focusing on the fictional country of the Republic of Zebrowka (but filmed entirely in Germany), the film is told through a rather uncommon form of layered narration. Starting out with a character only known as The Author (Tom Wilkinson) who in the 1980s is recounting his travels to the fabled Grand Budapest Hotel back in the 1960s, we witness his younger self (now played by Jude Law) examine this once glamorous, now disheveled resort. Eventually however, he comes to meet the hotel’s enigmatic owner, Zero Moustafa, a man who has a long history with the hotel, particularly during the years before Zebrowka dissolved. Moustafa comes off as a kindly old fellow to the author, and invites him to dinner with him so that he may elaborate on his history to him. At this point, Moustafa becomes the film’s narrator, and the film’s action switches to 1932, when we witness the young Zero (now played by Tony Revolori) become a bell-hop for the hotel, under the tutelage of M. Gustave H. (Ralph Fiennes), the hotel’s flamboyant concierge. In a nut shell, a bizarre occurrence happens and we see the two go on a series of mishaps and adventures.

While Wes Anderson had said in press interviews for Moonrise Kingdom that his next film was going to be a “European” movie, I don’t think any of us could of predicted what he exactly meant by that. Said to be inspired by the writings of Austrian novelist/playwring Stefan Zweig, his imagined country of Zebrowka appears to be an amalgamation of several nations in eastern Europe (i.e. Germany, Poland, Czechoslovakia), populated by a wide range of people from a multitude of ethnic backgrounds, yet they all speak in English, and in either American or British accents no less. As with most of Wes Anderson’s films it’s hard to tell whether the world he’s constructed id trying to make some sort of abstract social critique, or rather that this is just the way he’d like the world to look, but it hardly matters. It’s easy to make a case that Anderson is a director that values style over substance, but he’s also a director who makes his style the substance. His films are the work of an observer, who’s seeks out a by-gone era, yet infuses it with his sense for modernity and playfulness. He’s littered all of his films with this retro Euro-chic vibe, so what better than to actually make a film set in…Europe! 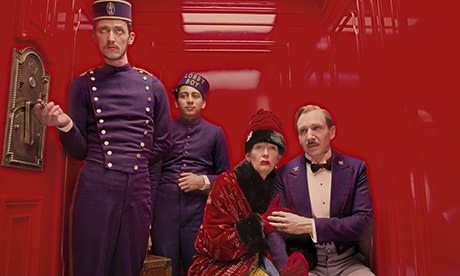 For the most part, The Grand Budapest Hotel’s setting does influence some rather brilliant film making from Anderson. The film is certainly an homage to early silent cinema, but it’s presented in a way that only Anderson could do, as it’s filled with his trademark crane shots, and exaggerated picture-esque models. Also, ever since he released his sole animated film The Fantastic Mr. Fox (still one of my top 3 favorites of his) I’ve wanted to see Anderson do more of an adventure film, and I can gladly say that Grand Budapest Hotel is the pulpiest film he’s done to date (complete with a bit part from Harvey Keitel). A sped-up ski-chase scene, a fanciful jail break-out scene, and even a little bit of prison violence can be found in the movie, and they complement Anderson’s creation rather than feel out of place in it.

As blatantly well-crafted The Grand Budapest Hotel is, that quality still isn’t the first thing that stood out out for me about the film. For one, the first thing I couldn’t help but notice was that Anderson had assembled a frankly huge cast for Grand Budapest Hotel. Casting both a healthy dose of his regulars (Adrien Brody, Owen Wilson, Bill Murray, Jason Schwartzman) as well as a slew of new additions to his family (William DaFoe, Jeff Goldblum, Saoirse Ronan, etc.), I couldn’t help but be a little cautious that perhaps the film would cover too much story for a movie that was only 99 minutes long. Well, frankly I feel my pre-conceived misgivings were fairly accurate, as most of these actors (outside of Fiennes and Revolori’s two leads) have very limited screen-time, with scarce development, and even a few scenes that aren’t very necessary at all. For another film maker, this condition could of meant the film’s undoing, but for Wes Anderson it hardly comes off as a shock. Throughout Wes Anderson’s career, it’s become more and more observable that his actors are just as much set props for his aesthetic than any inanimate object. This isn’t to say that his films reek of bad acting, but more than any other director working today Anderson utilizes the ideology of letting his style rule the project, and letting his performers primarily act as an adhesive. So yes Grand Budapest Hotel does feel sloppy due to it’s large cast, but it’s only a slight nag when you consider the rest of the director’s oeuvre.

The film does fall a bit short in a rather crucial area, though, and by that I mean heart. Make no mistake, Anderson certainly intends for there to be a tragic undercurrent to his high-spirited adventure film, as the film has character deaths, talk of war, and prevailing sense of yearning for the way things used to be before modernization. Still, this is often off-set by the film’s rambunctious nature, and glib dialogue, which isn’t even the sharpest that Anderson has written. The emotional beats just don’t ring as sincere as I hoped for, and that remains by biggest disappointment with Anderson’s work. Also, the aforementioned narrative set-up feels a bit irrelevant in the grand scheme of things, and also doesn’t make much sense as F. Murray Abraham seems too old to play the older version of the teenage Zero, as it’s only been 30 years since the events of the main action in the film. I feel that if Anderson had spent more time on the script (namely expanding it), then this film could truly have been his magnum opus.

In the end, Grand Budapest Hotel is a flawed yet remarkable offering from Wes Anderson, and I’m sure I’ll be having plenty of friendly discussions/debates about it with the Brooklyn population over the next few months. It’s a very typically fun, elaborate, and idiosyncratic film for Wes Anderson’s filmography, and also one that shows that he has the potential to be a good pulp storyteller also. Hell, maybe we’re just a few movies away from seeing him do a Tarantino-esque shlock-fest…think about it! 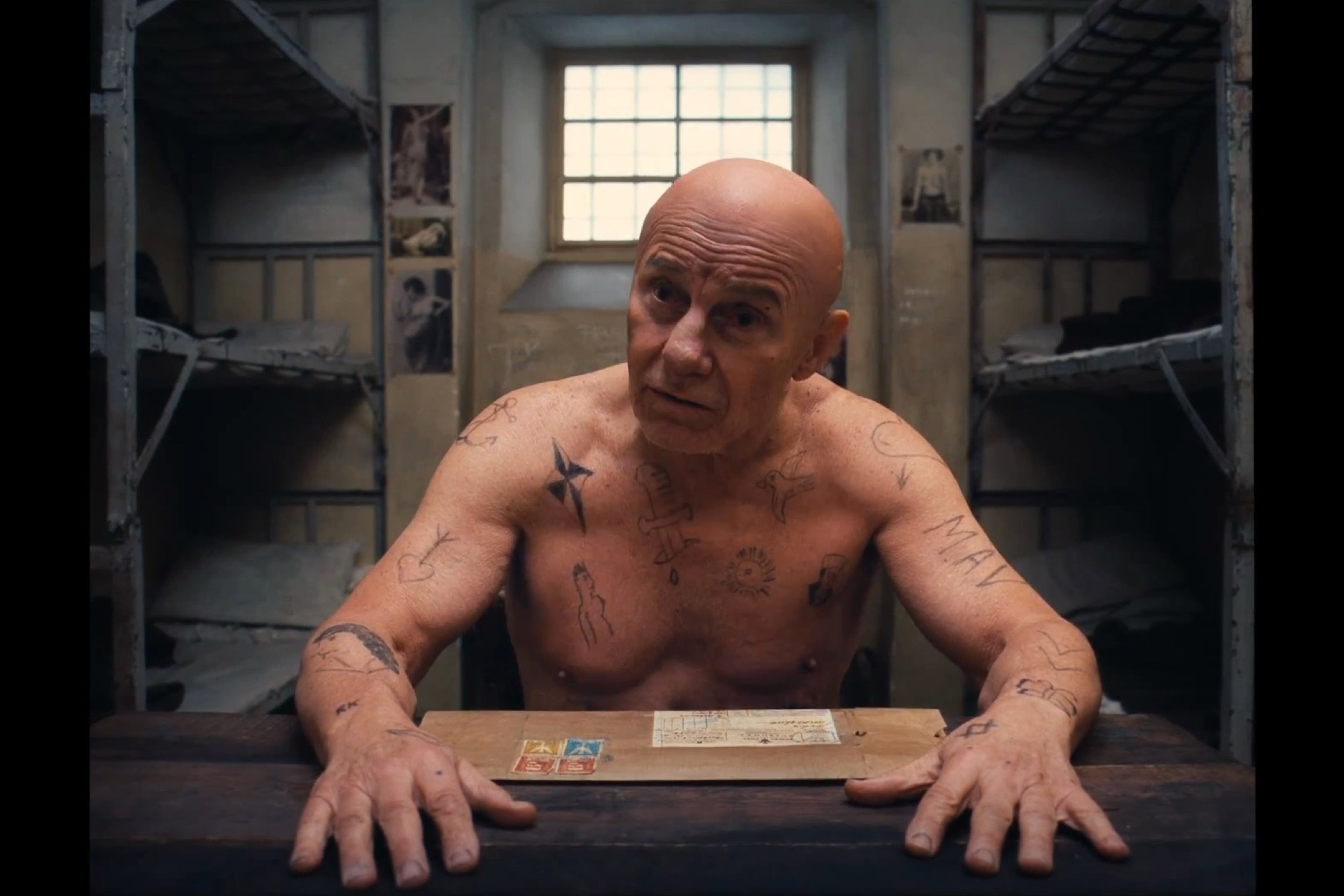