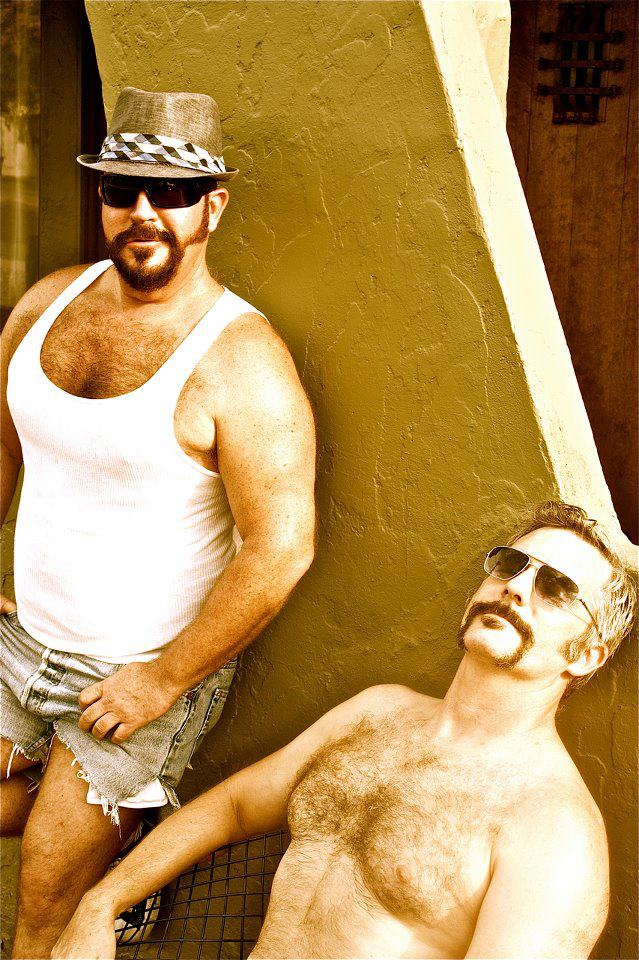 I have had the great thrill to work with and interview Travis and Chris, the founders of “Modern Bear” in recent weeks.  Their Facebook page alone has grown to 25,000 likes in recent months using the combination of three vital tools- modern design, retro beefcake and of course bears.  Now they have come up with something retro yet very funny in the “Bearody” video that they released on YouTube.

Already up to 3,000 hits and growing steadily, it parodies all of the cheesy yet lovable 80’s action TV series such as Magnum P.I. and several more.  I spoke with Travis about this recently who had this to say about how the idea came about-

“The idea actually came to me while driving to Palm Springs one day. Modern Bear has always had a retro sensibility about it and Chris and I were thinking of new “webisodes” to film for our Modern Bear Channel on YouTube. The concept of creating an opening credit intro as if Modern Bear was an 80’s action TV show seemed like a natural for us.”

“We researched old shows like Magnum PI, The Rockford Files, Starsky & Hutch, etc. and used snippets of their openings as inspiration for ours. We used the same brilliant production team we’ve been using on our design videos – Michael Cline and Doug Bale of “Michael Douglas Productions”.  We asked our gal pals Sandra Espinoza and Julie Hill to play parts in it and we got permission to film inside and outside the fabulous mid century Clarendon Hotel in Phoenix all in one day.”

“Our buddy Bill Stewart let us borrow his bad ass vintage Trans Am for the opening shot which we filmed in Palm Springs. Now I want a car like that for my own!  It was a fun departure for Chris and I to do this “Bearody” video and now we’re hooked – we are already planning several more. The reaction was an immediate hit!  Modern Bear is also interested in a TV production deal and we wanted to show we could think outside the “bear box” and do comedy.  And yes, that’s me playing “Granny” LOL.”

Check out the video at the bottom of the page and don’t forget to log on to their Facebook and Twitter page and support these guys as they move their way into bear domination! GRRRRRRR. 🙂