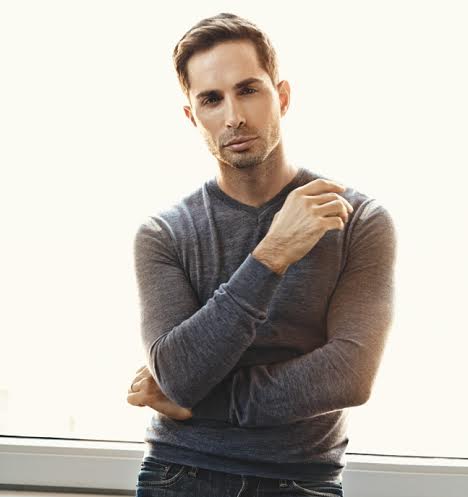 Unless you’ve been hit by an ugly, gross gay rock you know who Michael Lucas is (if you are gay or a hag.  tee hee.)  He has been a legend in the adult industry for many years now, both behind and in front of the camera.  Michael Lucas has one of the most if not the most successful studios out there right now, Lucas Entertainment, which has boasted the likes of some of the biggest stars in the industry itself from Adam Killian & Trenton Ducati to name a few.  Now, on top of his insanely busy schedule with Lucas Entertainment, he has made a fascinating documentary called “Undressing Israel”.  This film chronicles his journey through Tel Aviv and further examines the thriving gay nightlife that is existing there, and has candid interviews with people from a diverse gay background including a young journalist to an openly gay Army trainer.  I recently sat down with Michael Lucas to discuss the industry at hand, the documentary and what he is hoping for in the future.  Take a look.

So how did you get into the industry in the first place?

I came to this country and figured out that I needed to do something right away, and legal of course.  I chose something that would work with the body and not having to rely on my English because at that point I didn’t speak the language so doing this was an easy choice.

What do you think is the biggest misconception of the industry is?

The annoying question that people ask me is, “Is it fun?” or something like “I would love to have your job.”  To me its not even a question it’s more of a statement.  Just something along those lines, but it is just like any other job one might have.  It is a lot of emails, meetings, conferences, networking etc.  It’s not all what people think it appears to be which is just sex, there is a business to it.

I also feel like people think this industry is riddled with drugs, which is something that has never happened on my sets.  I’m sure these are things that are happening behind the scenes, however if we ever have an actor who is acting in a strange way or if we have any suspicions we will then rug a drug test and if we find any coming up positive in it we will send the actor home.  None of that is permitted at least for me, albeit it drugs or alcohol, and I plan on keeping it that way.

What is your opinion on the industry today?

It’s not really about a positive or negative vibe, now it is more about scenes than actual movies.  There really isn’t a bad vibe, everybody nowadays chooses what they want.  If you like interracial, you can go one of those scenes. Same thing if you like bears or twinks you can do that. That may not be all on one film, so I believe that people tend to go with what works for them and not something that can overall be a one note.  I also think that people have become a lot more open minded about sex, so there is a lot more options out there now for people who have a bigger imagination.  It is funny though that we live in a world where gay men judge each other based off of their own kinks and what works for them, and not necessarily straight people doing the judging.  It is absolutely ridiculous and very hypocritical how we judge each other on what each person wants and not be more of a unified unit.

I watched the documentary “Undressing Israel” and found it fascinating.  What inspired you to do this?

Because I felt the fact that gay or straight people don’t know too much on Israel, and they are missing out on a great vacation spot.  What a lot of people think of when they hear the word “Israel” is the conflict that is going over there to which people who live there say it isn’t even felt compared to what the rest of the world thinks.  It is a gorgeous country with beautiful people, beautiful men and women, everyone is friendly, restaurants from all over the world and some incredible nightlife (even better than New York).  New York is very good when it comes to nightlife but it is better in Israel in my honest opinion.  So much culture, history and seeing as the country is the size of the state of New Jersey you can get anywhere in it by car or by bus.  It is not as expensive as people think it is, the weather is always beautiful, it is just a great experience that everyone should have.

You profile a gay man who is in the Parliament there, two gay dads amongst other unique individuals.  Is there that much of a sharp contrast between how gay men live there and how they live in New York City for instance?

It is very similar, except when it comes to the children.  Israel has more gay families with children than anywhere else in the world.  Gay men there either already have children or are in the process of adopting children, in fact 90 percent of the gay men that I know there want to have children at some point in their lives.

You have obviously been to Israel a couple of times, but for my readers who haven’t been what is the overall message that you tried to accomplish with this documentary?

Mainly I just want them to go and experience it for themselves.  I never went one person who went to Israel and came back not liking it.  I know people who go there every year for Gay Pride and people who just go because they want to go and they all have a great time no matter what.

Besides this project what else do you have coming up this year?

A ton more movies for everyone to enjoy :).  We shoot here in New York but we also shoot in other great locations such as Costa Rica and Berlin to name a few, so hopefully we can continue to bring great quality movies for the masses to enjoy.