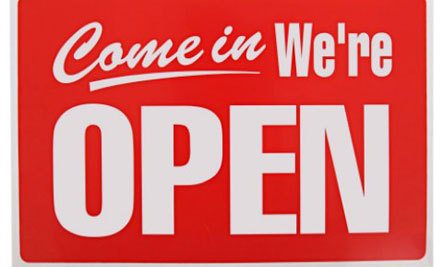 It is hard to believe that I have been in the gay community for ten years now and have developed quite an understanding of the vast differences and similarities that bring us together but also tear us apart.  An issue that remains controversial in our community is the foundation of open relationships and why they seem to cause a lot of stress for single men as well as the ones in the relationships (not all, but some).  What tends to increase that is the ever growing presence of men who are partnered or in open relationships on these apps that make it tougher for single guys, like myself, to weed out the ones who just want you in the physical form and find the ones that are genuinely single and want to develop something with you outside of the Smart Phone world that we live in.  The thing is that there are many different sides in which how you can process this theory that has many valid points.  Take a look below at the several

“Gay apps aren’t dating apps, they are hookup ones so anyone should be able to be on there.”

For some, if not many, this is the case.  Apps like Scruff, Jack’d, Growlr and Grindr can be designed for that kind of behavior.  Yet others, like myself, can see it as that but also as a way to meet friends, dates and even network with someone for whatever reasons possible.  So it should be free reign for all, per se.

“I get really fed up with always getting hit on by partnered or guys in an open relationship, that’s not how I want to be viewed is just a side thing.”

This is something that I myself have dealt with.  Most recently I was talking to a guy who kept wanting to hang out with me only to tell me later on that he was concealing a near seven year relationship with someone.  I was furious to be lead on that way.   There are still a good amount of guys who use these things in hopes that they will find someone, and unless you are open to being just a hook up buddy with someone who is already dating someone else then it really sours the whole “app” experience in the first place.  Some people, as my friend Pete put it, want to find someone who inspires us to delete those apps and just focus on that one person, which is something that I agree with.

“I’m a firm believer that if you have a kitchen, you shouldn’t eat out at restaurants.”

“I guess my major point is that I’m a firm believer in minding your own business and not telling other people how to live their lives….”

“I’m a firm believer that if you have a toilet, you shouldn’t poop outside on the street.”

“Isn’t this a bit like saying “if you’re a couple, you shouldn’t be going out to the bar(s)?”

These were all responses to a quite harsh post that I put on my own personal Facebook about the ever presence of both partnered & open relationship men on these apps.  Granted, if it came off as judgement then so be it, but there is a difference what I perceive to be an opinion versus what is a judgement, which is two different things.

At the end of the day, we should all be on there regardless of what our relationship status, size, color, etc.

“There are hundreds / thousands + men on these apps. They are fully capable of making a decision of whether or not they want to pursue someone in an open relationship or not. And even if they do decide to pursue someone who is taken, there are many other guys on there. Blaming the difficulty of weeding out the guys who aren’t coupled, on those guys, is quite unfair. Especially when the purpose of these apps is defined by each individual user, for friends, dates, sex, whatever. And especially when we start relying solely on apps to meet people.”

The above, which was made by a friend of mine, has a good point to it.  The main issue that I think all gay men face is this epic struggle of wanting their own opinion or viewpoint validated but at the same time this sense of community in the larger picture of things where we want to be even further validated by the world.  So when it comes down to something like the types of men that should be on apps that some perceive to be about dating, some perceive to be about hooking up and some to perceive to be about all of that and in between, it really is all relative.  It is up to each individual person to find that particular guy they want to develop something with, no matter what it is, and not let outside voices & what we see in the media influence what we ultimately want.

What are your thoughts on this issue?