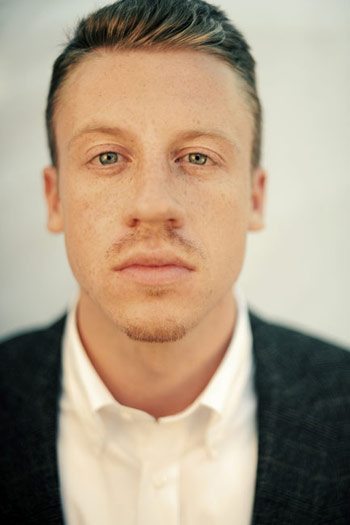 Tonight will be a big night for rapper Macklemore and his sidekick Ryan Lewis.  They are at the top of the leader board in Grammy nominations with 7, including the illustrious Best New Artist and Album of the Year, something that they are both heavily favored to win.  As if that isn’t big enough, he is now doing something on tonight’s show that has never been done before.

According to NewNowNext, 34 gay and straight couples will be wed during Macklemore and Ryan Lewis’ performance of “Same Love”, which is up for Song of the Year.  Further than that, Queen Latifah, a devout supporter of the gay community will be officiating this group wedding.  Crazy right?  As awesome as this has sounded to some, it doesn’t sound that great to many others.  Funny part is that the ones that aren’t down for this quote unquote “prop” are gays themselves.  Here is why.

There have been people who think that what he is doing, on top of the song “Same Love” is just an agenda for him to further push his career into being the next big “pop hop” superstar (their words not mine).  They believe that it doesn’t come from an authentic place, even having someone write- “Straight pop-rappers are ruining the sanctity of homosexuality”.  There needs to be a bit more depth in that very honest quote, but I get where they are coming from because in a sense there isn’t a gay one out there that can speak their mind freely the way that they do without the words “fag” or “homo” being put into it.  Why is this?  Because hip-hop remains a very homophobic industry, and even with the support from huge stars like Macklemore, it shouldn’t be him that is speaking the message- it should be us.

At the same time, the song and what he is doing is groundbreaking in so many different ways.  He is publicly said that the reason why he did this was to further help the state of Washington legalize same-sex marriage, which has now completely come to fruition.  So in a way I don’t think what tonight is going to be is a prop.  Now, if we look back 12 years ago when Elton John joined Eminem on stage for their performance of the controversial “Stan”, that to me is different.  That was Eminem’s way of saving his ass because so many organizations like GLAAD were after him for his spewing hatred of gays in his songs on top of his misogynistic lyrics.  Suffice to say, it was a well received performance, but it is like apples and oranges in comparing the both of them when it comes to pushing someone’s agenda.

So there is two very different sides to how people view Macklemore, how would you view him?  Pro-gay, or pro-himself?