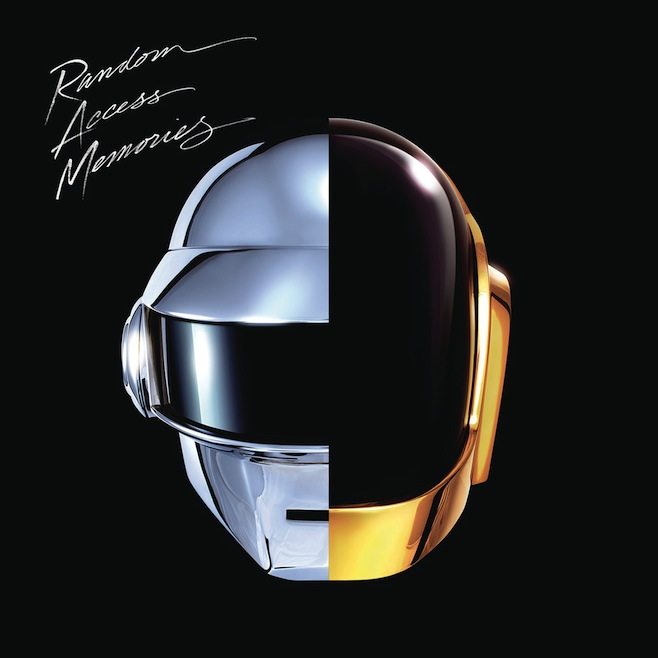 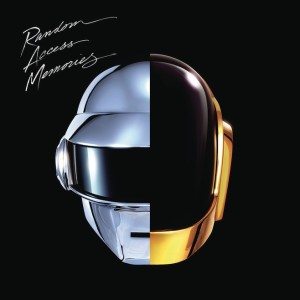 With Random Access Memories, Guy-Manuel and Thomas Bangalter have created an album that is so meticulously detailed and expensively produced that it is essentially critic proof. At 320 kps, RAM is simply one of the best sounding records of our time, and it makes all other factors such as songwriting and originality seem far less important than they should be. It is not an exaggeration to say this is the new go to album when testing out the quality of a new set of speakers/headphones. Still, while critical reception has been, for the most part, very positive, this has to do with it being undeniably solid and pleasing to the senses rather than it being groundbreaking.

On first listen, it is easy to be disappointed – I for one was expecting something much more progressive. After the resounding amount of hype surrounding this release, it is slightly disheartening that 2/3rds of the record is made up of slow jams. As a whole, this is a record that is neither as fun as Homework, nor as revolutionary as Discovery. Instead, RAM stands on its own within the group’s discography, and in its own way, it ends up being just as impressive as the duo’s previous landmarks.

Obviously, this is a record that looks to the past for inspiration, and here we get to see the duo wear their long time influences on their sleeves in spectacular fashion. Many of the duo’s long time influences even take part in songwriting credits and vocal duties. The concept of the album is about living in the sounds of the past to arrive at a new destination that encapsulates the spirit and energy of a time long gone. This is most present in the Todd Edwards sung title track “Fragments of Time”, where he repeatedly sings /I’ll just keep playing back, these fragments of time, everywhere I go, these moments will shine/ during the chorus. Unfortunately, that song ends with a Peter Frampton like vocoder guitar solo that is one of the few instances where the sound comes off as being nearly pastiche. Most of the time, the album plays true to this theme of reinventing the past while still sounding modern and fresh.

The list of collaborators that took part in the construction of RAM is sprawling, and representative of an array of genres spanning multiple decades. A whole lot of talent, such as Nile Rodgers’ disco infused guitar work and Paul Williams’ emotive, almost broadway vocals, is showcased throughout the hour plus running time. Some of the most interesting collaborations come with newer artist’s such an Noah Lennox and Julian Casablancas lending their gifts to the sounds of 70’s and 80’s house music. While a look at the production credits would leave one to believe the album would be a clusterfuck of auto-tuned vocals and incongruous harmonies, it is to the producers credit that the opposite is true. In fact, the pairings are often so smooth and nuanced that the results seem far too natural and human for a group as robotic and mechanized as Daft Punk.

While Daft Punk has always been cheesy in their own delightful way, here they have taken more than a few steps into adulthood. After all, these are two grown men who are pushing their mid 40’s; so it is no wonder why they have thrown out many of their less mature charades. However, some of the cheesiness that fueled their earlier work still has a lingering presence – it is during these moments where the album occasionally falters, as we feel they aren’t in on the joke of how silly some of this music is. One such instance that calls to mind is the album’s miraculous and spectacle worthy “Touch”, which is almost ruined when Paul Williams sing’s /Touch sweet touch, you’ve given me too much to feel, sweet touch, you’ve almost convinced me i’m real/ in a disastrous cry of self pity that proves way too broadway for this reviewer.

Above all else, this is an album in the truest sense of the word. It is meant to be listened to in unison, and after it sinks in, you could easily live with this music for weeks on end. Best represented by Giorgio’s voiceover on “Giorgio by Moroder”, RAM is an album about disco rather than a disco album – not unlike how DJ Sprinkles fantastic “Midtown 120 Blues” was an album about the classic deep house scene. Daft Punk have perhaps created the most expensive music history lesson of all time. Although the effect it will have on the future of music is uncertain, as of now it is an absolute essential to any music lovers catalogue.

1.) Give Life Back To Music

6.) Lose Yourself to Dance