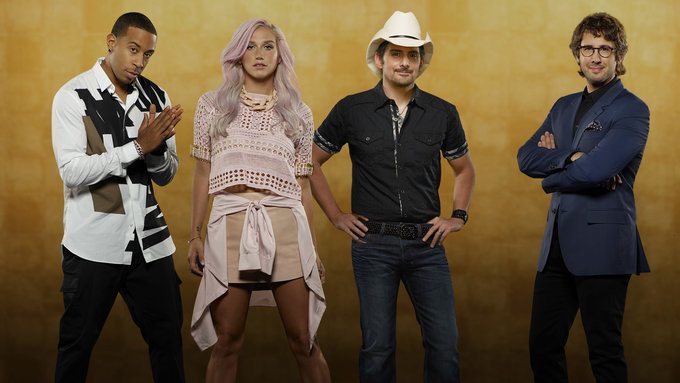 We’re at a weird point in the life-cycle of the competition show. Many of the original mainstays of the genre (American Idol, Dancing with the Stars) are clearly on the decline of their life cycle. However, The Voice aside, it’s not like there’s a ton of new competition shows that are ready to plug those holes in the schedule (X-Factor flopped, The Sing Off works best as a limited format). The end result is a genre that seemed like it was slowly finding it’s way off of prime-time schedules. However, much like the miracle NBC found with The Voice, this time it’s ABC living on a prayer with it’s newest show: Sunday night’s Rising Star.

So how does Rising Star stand out from the numerous other singing show’s we’ve seen before? Well to begin with the audition process isn’t too far removed from The Voice’s: 90 seconds, blind to the judges, and it’s on the contestants to impress. Where Rising Star is different is that it factors America into these auditions: instead of one judge looking to put you on their team, 70 percent of voters need to like you in order to raise the wall and move on to the next stage. Having a disproportional weight (each judge can boost your total by about 10 percent) are the show’s three music experts: Brad Paisley, Kesha, and Ludacris.

So how does Rising Star play out? Well it’s main conceit is somewhat misleading, as it seems extremely difficult to make it to the 70 percent threshold without the support of at least two if not all three of the experts (one contestant squeezed by on the backs of two of three judges – Ludacris is by far the toughest of the three to please). However, the experts have the correct interplay with tons of prodding (especially by Brad in Ludacris’s decision) that It also seems to be busting out its gimmick chest a touch early, with surprise audience auditions being busted out in the very first episode.

Rising Star does ace a lot of the little graphical things, having an incredibly slick look. The video wall the contestants perform behind is visually impressive, and the show busts a staggering array of camera angles over the course of the two hour premiere. Additionally, Rising Star put a ton of variety in its’ acts, putting classic rockers, boy bands, country acts, conventional pop acts, and even opera behind it’s video wall.

Weirdly enough, despite having shown solid comedy chops on Tim and Eric Awesome Show, host Josh Groban struggles as the show’s host, often creating at least one awkward moment per segment. This, combined with an often off-kilter sense of the moment (Groban struggles when the situation calls for a more bombastic voice – oddly enough he would work much better in the experts’ chair I think) create a mildly disorienting experience that will make competition show fans pine for a Carson Daly/Ryan Seacrest type. Where there is hope for Groban is in the pre-recorded video segments, as he does seem like he has a genuine interest in the contestants work.

The Final Verdict: Rising Star is the sort of show that has some clear strengths (it’s pretty, it’s experts have the same sort of rapport that brought The Voice to prominence) and some clear weaknesses (Groban’s live hosting, the format doesn’t add anything to a played out genre). The end result is a show that seems fine as an off-season fill for Voice junkies but this show is doomed even if it goes up against the slumping Idol. Check it out if you really need a fix for singing shows over the summer, if not wait and see – this can be much better show if Groban ultimately becomes more comfortable in the host’s role.