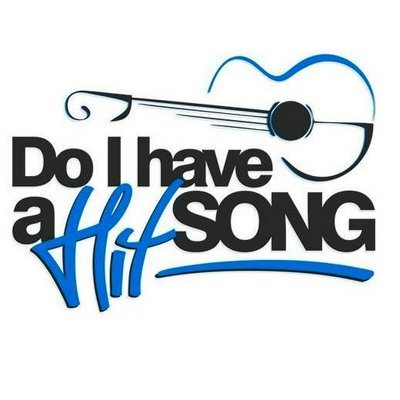 Reality TV has inundated us over the past decade and a half with several competition series all designed to find the next big artist.  From “American Idol” to “The Voice” these shows have proven time and time again that there is a ton of great unsigned talent out there for the masses to discover and appreciate.   However for many of these shows the focus is geared towards the artist, and not necessarily the song written for them.  This is where Do I Have A Hit Song comes in.

Premiering next month on IndiMusic.tv, Do I Have A Hit Song’s goal is to crown the next great songwriter in the sea of fantastic current ones such as Ryan Tedder from One Republic and Diane Warren, whose credits include Toni Braxton’s “Unbreak My Heart” and Aerosmith’s “I Don’t Want To Miss A Thing”.  The winning act at the end of the series will see their submission professionally recorded and produced by Musik and Film, before it’s released worldwide and supported by international radio promotion, video promotion and full physical and digital distribution.  The winner will also have the full support of www.indimusic.tv – the online channel which shows the programme and has over 800,000 members in its network – including a spotlight ‘Spotlight Segment’ and ‘Artist Feature’ on the site for the full month following the end of the contest.  And that’s not all. Also on offer is a beautiful custom Montarado made acoustic guitar worth $10,500, plus a custom made Toneville amp worth $2,000 – plus official endorsements from both companies!

I was able to sit down with Stephen Wrench of Musik & Film about the show at hand.

How did this concept come about?

Was any inspiration drawn from hit shows like American Idol & The Voice?

In a way, yes. People are tired.  I was tired of seeing artists get on stage and sing someone else’s song. How can you sing someone else’s song passionately? I was tired of hearing stars critique contestants and lie and tell them they sounded great when they knew they were singing off key. I watched the rating and they were great at the blind auditions then they fell off dramatically. This told me people want real. That’s what we are giving them real indie artists real stories, struggles and real music all their own.

What do you think it takes to actually have a hit song today?

Magic and that is what it has always taken magic. If there were a formula to a hit song everyone would have it and write on. But there is no formula. It is a combination of lyrics and music that reach down into others souls and move them emotionally. If you have that magic it will surface and rise to the top just like cream.

What kind of contestants apply for this show? What backgrounds of music do you usually get when they audition?

We have contestants from all over the world enter from every genre of music​ with every type of background imaginable. ​

How is this show broken down and how is the winner determined?

The show is broken down into 9 episodes and 1 final. The 2nd episode is coming Jan 9. Voting on the contestants for ​each episode is completed during a 4 week session at which time it begins all over again for the next episode.  Anyone can go on the website and vote. Six contestants are chosen from the top 12 and 3 contestants are producers’ choice. The performances of the contestants are  displayed on the website for voting.  The final episode will consist of the 9 winners of each episode. It is very simple the world listens and votes. The world determines ​who has a “hit song”​ by their votes.

I was also able to sit down with Eliot Sloan of Blessed Union Of The Souls as well as Drew Copeland about Do I Have A  Hit Song, as they are involved in this project as well.

I of course remember you from Sister Hazel and the song “All For You”. What is the biggest thing in your mind that has changed in the industry since you released that track 15 plus years ago?

The single largest thing that has changed since we were signed to Universal records back in 1996 and our song All For You hit the radio has to be digital downloading of music. It changed the way music is bought and listened to.

Same question for you Eliot.

Well it’s always been a challenge to make it in this business, that’s no secret but it seems like things have become more difficult in the last decade or so for alot of different reasons which is what I like about this show so much. It creates an even playing field for artists who can’t gain access to major labels or travel hundreds of miles to stand in line for 8 hours to get on The Voice or American Idol. And while those shows have showcased some enormous talent, Do I Have A Hit Song focuses on the actual song…the words and melody-regardless of what the artist looks like. It just seems so much emphasis nowadays is focused on the image of the artist and the music is secondary. Do I Have A Hit Song focuses on just that-the Song.

Stephen, anything to add to this?

I have been in this business almost 40 years now and worked with some of the best. The biggest thing that has changed is an artist cannot count on being discovered and signed to a major label on development deals. Since the inception of streaming this is no longer possible. Indie artists must understand they are in “business” for themselves. As president of an indie label, I see the indie artist having to act as their own label and do everything that the major labels used to do. As creator and producer of DIHAHS, I see this as an opportunity for the indie artist  to be discovered and become a major entity throughout the world​.

What are your hopes for this show moving forward?

For viewers to realize this is how every song they have ever heard began. Every star was once an​ indie artist. Many mega stars struggled for many years before they became an “overnight” sensation.  Every hit song was once an idea and a melody that began in the writer’s imagination that became reality because a​n​ indie artist created it for the world to hear.  ​In this way, the​ show ​will​ become a household name.

Check out more about this show by logging on to its official site and Musik & Film’s site as well.