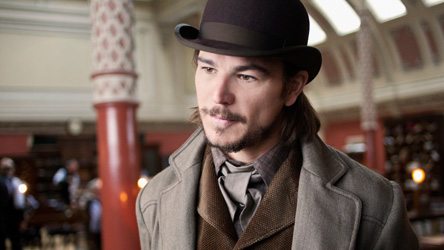 We’ve just hit the tail end of the traditional September to May TV season, which means we’ve hit the unofficial start of summer TV season. Now while the greater populace tends to be out and about more (it’s nice, the kids are off from school, and if you live by water, evening is the only time you don’t have to overpay to park at the beach) – there’s still a ton of stuff on the tube to get you through those occasional rainy nights. I figured i’d take this brief pause in the TV schedule to take a quick survey of what to expect this summer:

Limited Run Series: The newest trend in TV, the return of one-and-done (in theory) shows, many of the best examples of the form are running through the summer. This includes FOX’s 24: Live Another Day, CBS’s Under The Dome (which I guess can’t be called limited anymore since it got a second 13-episode run), and FX’s Fargo. In terms of drama options, these are all fairly safe bets and definitely a notch above 90 percent of what you’re going to find on the dial.

The Prestige Networks Run Year Round: There isn’t much in terms of break time for either HBO or Showtime. Both networks have some fairly large ticket shows to get you through the summer including True Blood, The Newsroom, Penny Dreadful and Ray Donovan. While these shows might not be your niche (especially if you’re a fan of CBS style procedurals), there’s a pretty broad range of tastes being catered to on premium cable.

Reality! Reality! Reality!: For the last decade, summer has truly been the domain of the reality show. Remarkably cheap, relatively easy to film, and usually able to score passable ratings for a decade or more, reality tends to proliferate the spots in the schedule where networks don’t want to have to spend money. This summer we have a very wide net of options including Big Brother, Last Comic Standing, America’s Got Talent, Masterchef. New to the party are FOX’s Hotel Hell and a show that’s bound to make me regurgitate violently (more on that next week) I Want to Marry “Harry”.

Dead Shows Walking: The summer is also a great time for the big four to burn off contractually obligated remaining episodes of shows that were pulled from the schedule (because of flailing ratings and dubious quality) months earlier. Last year, this battle of who could care less was signified by the Saturday night dueling between Zero Hour and Cult, two of 2013’s worst shows. With ABC running through the Tuesday at 10 pm slot like it was water, and Fox committed to burning off Enlisted (a show that got a Firefly-esque raw deal) I’m sure we’ll find some of 2013-14’s flops hanging around on Saturday nights.

If all else fails, just watch Netflix and Hulu: Aside from new Orange is the New Black, when you have a ton of seasons of pretty much any TV show at your fingertips, Netflix and Hulu are an oasis of quality at a point in time when their tends to be a little less on the air.

Next time: Thursday night I’ll be checking out Fox’s Gang Related – the sort of show that oddly wasn’t paired with 24: Live Another Day despite having very similar feels based on their respective trailers.