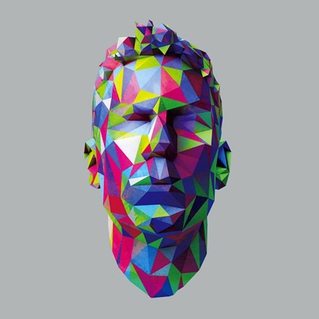 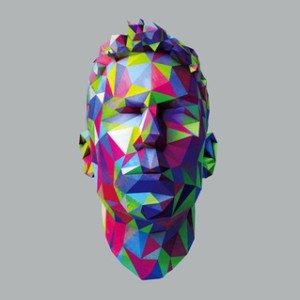 For a white guy, Jamie Lidell has an immaculate and beautifully soulful voice, so it is interesting that despite its prevalence throughout his work, it has never been what has made his music great. Although he probably likes to see himself as a relevant artist in contemporary r&b, in reality he has received little crossover success beyond electronic circles. Although his voice has been a nice enough addition, it is the production that has always shined. As a radio friendly self titled album, this seems to be Jamie’s final push in an attempt to be seen as more than a very talented electronic producer.

I will get to the results of this rebirth soon, but first a quick overview. Jamie Lidell creates glimmering and intelligent EDM that captures the essence of the 70’s and early 80’s while employing updated technology. He is a stellar producer who has recently reached veteran status in the field. In the late 1990’s to early 2000’s he earned recognition as one half of experimental techno unit “Super-Collider” and subsequently began releasing solo material for Warp Records.  His best albums under his birth name (most notably “Multiply” and “Compass”), have a sense of radical adventurousness associated with them and are gems within their niche.

Sadly, here Lidell trades in much of his unorthodox trademarks for near pastiche. Each song becomes somewhat of a “name-the-influence” game, and despite the greatness of these influences (Prince, D’Angelo, Marvin Gaye), the results are far inferior to their parents. It certainly isn’t a bad thing that this is a radio friendly “pop” album – you would think Jamie would be the kind of producer who could break into the top 40 without having to sell out –  but the songs are hindered by vocals that are either too emotional or not emotional enough…I often can’t tell which.

Toro Y Moi’s “Anything In Return” was similarly geared towards larger scale success, but on that album, Chaz Bundwick added his own distinctiveness to pop-radio to create a fresh (if not entirely original) sound.  This is much more effortless in comparison, and is disappointing concerning how talented we know the artist to be. Even worse though, is that this album isn’t even enjoyable to listen to. There is clearly an element of enthusiasm lacking here, so it is a wonder if Jamie even had fun making it.

A few months ago, when first single “What a Shame” was released, it garnered critical acclaim and Jamie received a popularity boost to boot. This track stands as a template for what much of the remainder of the album attempts – action packed, 3-4 minute pop jams with big choruses – and it is all equally well produced. While “What a Shame” stood as a somewhat exciting lead single, just like the rest of the album, it fails to hold its own after multiple plays. So much pop music has taken the route of production over style and grace, and this falls into a similarly dark pothole.

I could go on to write about more songs, and their individual characteristics within the album, but the thing is, these songs don’t really inspire much in the way of words. Over the last few years, with artists such as “How to Dress Well”, “Frank Ocean”, “Autre Ne Veut”, and even “The xx”, R&B has been awakening from an incubation period. For a moment, it seemed that Jamie would be one of the leading contributors in this exciting evolution. I’m sad to say that this rebirth doesn’t warrant him a spot alongside these artists; how could it if it doesn’t even cause us to turn our heads? 🙁