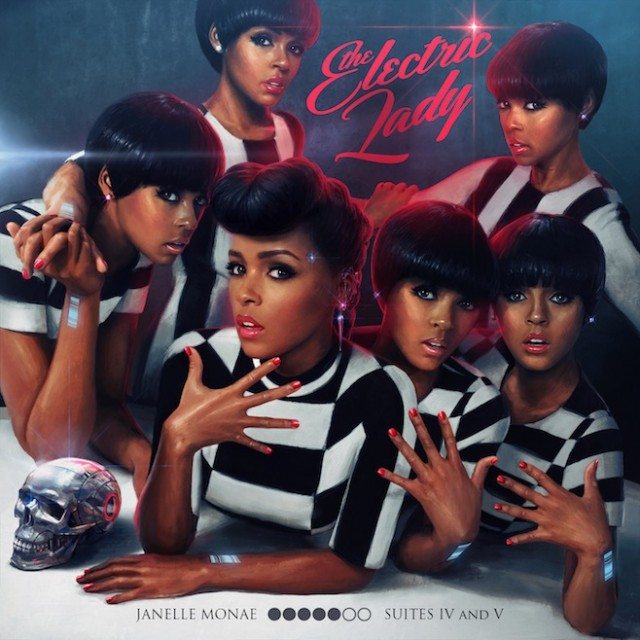 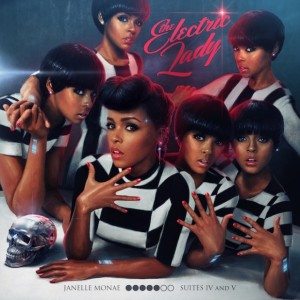 Janelle Monae is a fan of big statements. This was made abundantly clear starting with her first ever release, the Metropolis, Suite 1: The Chase, which was already more grand and ambitious than most artists’ career defining releases. Of course, she happened to top herself on her 2010 semi-masterpiece The ArchAndroid, in which she further chronicled the story of her alter-ego, the rebel droid Cindy Mayweather. It happened to be one of the most confident and resonant debuts in recent memory, and Janelle knew it too. It was quite clear that Janelle was head and heels above the competition, and that she was intent on forming her own league of equally talented singers/songwriters who were hoping to change the current state of R&B, Neo Soul, and the musical world itself. On her equally massive, guest loaded, no filler 2nd LP, she may have just accomplished that goal.

Of course, Janelle isn’t reinventing the wheel with her music, she’s working within firmly established genres, and through all the spectacle that her music provides, groundbreaking is never a term that comes to mind. This is fine of course, because her music happens to be accessible in the best possible way. She goes deeper than your average pop star, both in lyrical themes and musical direction. Early single “Q.U.E.E.N” — which by the way, is a surefire contender for song of the year — sees Janelle at her most freakish /Is it peculiar that she twerk in the mirror, and am I weird to dance alone late at night/, reminding us all of a certain Miley Cyrus, yet Janelle herself never comes off as peculiar, only that rare, hard earned talent we don’t see enough of in pop stardom. Although some may dub her music as alternative, these are songs that could easily appeal to the masses (her record sales might say otherwise though). These are finger-snapping tunes that will stick with you for weeks on end, coming in and out of your consciousness long after you have parted ways with the album itself.

Her 2nd full length, The Electric Lady, is a perfect follow up record, as it continues the themes on ArchAndroid in even bolder ways than before. Just check the guest list if you don’t believe me. This year’s roster includes talents such as Miguel, Esmeralda Spalding, Solange, Erykah Badu, and yes, even Prince. This is the soundtrack to the party that everyone wants to go to, and the good news is, as long as you don’t mind some shiny robotic booty (and aren’t a bounty hunter), you’re absolutely welcome to join in on the fun.

The sci-fi elements remain abundant, and intrinsic to the album’s main themes. The events of this album actually take place before those of The ArchAndroid, making this a prequel of sorts. Taking a cue from Blaxploitation films, the album cleverly deals with racism and prejudice being brought upon the Android community. The story — if you could call it that — is told largely through droid friendly radio station WDRD in some downright hilarious skits; my favorite being one in which the Andrada sisters talk about a party in which there will be an atomic kissing contest, among other droid specific activities.

The individual tracks go back and forth from being Cindy Mayweather dance jams, like “DanceApocolyptic” and “Electric Lady”, and more personal and heartfelt Janelle Ballads, “Primetime” and “Victory”. As you’d expect, the album flows masterfully, and is ornamented through heavenly interludes and dynamic instrumental snippets. While the album isn’t any less orchestrated than previous releases, it’s more indebted to classic rock and the electric guitar itself. There are some serious, painstakingly produced guitar solos throughout The Electric Lady, harkening back to 60’s and 50’s musical trends. The “Suite V Electric Overture” is particularly old-timey in its structure, and there are even some references to spaghetti westerns (possible Django influence?). Janelle has clearly done her homework when it comes to digging out archived soul releases, as she has implemented exquisite multi layered harmonies that remind us of what used to be the worlds most powerful instrument: the voice.

It’s true, with all the fancy production techniques and overdubs, what makes this music as good as it is is how great the vocals sound. Even when Janelle’s oohing and ahhing is at its most extensive and drawn out, she pulls it off because of the urgency in her tone. She often gets so emotional that it sounds as though she’s singing in order to save her life; and who wouldn’t want a girl with pipes like those to live forever? As the title of the Prince featuring early standout “Givin Em What They Love” suggests, Janelle knows what makes her audience tick, and she isn’t afraid to do exactly that. Lets all hope The Electric Lady does as well as it should on the charts, that way Janelle will be able to make this same lovely spectacle again, and again, and again. I’m about ready to get me some more of that chrome booty.