The Man Who Died In His Boat 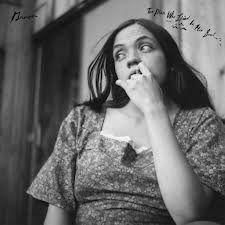 The best way to describe Liz Harris’ output as Grouper would be to reference one of her lyrics, in which she claims to be an “Alien observer in a world that isn’t mine”. This disconnect of environment comes up often in the music of Grouper, and is harrowing in its evocation of aloneness. A certain humane element is lacking in the music as the voices we hear are all lost ones, who are desperately seeking attachment to a like being. She creates this often horrifying mood through the tone of her voice, the strum of her guitar, effects pedals and little else. The minimalistic aesthetic gives the songs a raw feel that enhances the believability of the artist’s sorrowful anguish. There is no anger within these songs, as Liz Harris’ cry is not one of exasperation, but one of remorseful contemplation. Through her work, Liz Harris recollects her tainted childhood memories, and the crucial moments which shaped her views upon the world.

“The Man Who Died in His Boat”, Grouper’s 8th full length, was inspired by an event experienced by Liz at a young age where she peered inside a boat that washed up near her home. She found it brimming with trinkets and belongings, yet the owner had vanished never to reappear. Although the abandonment in this case was of an inanimate object, it is the kind of experience that becomes trapped within the confines of our conscious mind, and allows for endless provocation. Much like this memory, the subject matter in Grouper’s music is all highly personal, and much of the lyrics are un-decodable in meaning. Liz has stated in interviews of her fear towards enabling the listener to grasp too much of a song’s identity, and in turn revealing too much of her own. This is the reason her voice is so hidden on the majority of her releases. Despite her enigmatic personality, it can be discerned that these releases represent mournful memoirs from her life.

This album is a return to the style developed on her revelatory 2008 LP, “Dragging a Dead Deer up a Hill”. The comparisons are not in album title alone as this is, for better or for worse, a carbon copy of that album. Both albums were actually written and recorded during the same time period, but Liz has waited all these years to actually release it; perhaps in fear of it being too personal. These are her, for lack of a better word, folk records. Unlike some of Grouper’s other releases, of which there are many, these could actually be considered songs. With the album’s prominent use of acoustic guitar, Liz walks the line of being called a singer songwriter at certain moments.

There is certainly a new found accessibility that has been issued to her music in the last few years and “The Man Who Died…” is most representative of this. Up until now, “Heavy Water/I’d Rather Be Sleeping” on her previously mentioned 2008 album, was the closest we got to peering inside Liz’s heart. While it could be argued that none of the songs here match the sheer beauty of that song, many follow it in theme. “Towers” and “Living Room” both stand out in a way that is unusual for an artist who is so non-attention seeking, and there are even some bright spots to be found if you look deep enough. Thankfully, the atmosphere is not entirely opaque, and there is the occasional glimmer of hope. Whether it stems from a brighter guitar chord or a tenderly sung lyric, we are hinted at some ray of light that is guiding the protagonist towards a nestled home.

Listening to Grouper for hours on end becomes a heartache. Grouper’s music had never really sunk in with me before, but after now challenging myself with dissecting one of her albums I realize it is because I didn’t let it. The music can become disturbing in its subtleties to the point where listening to it on repeat is painful. This is especially true when going to sleep or other reflective moments in the day. She has crafted a sound that is audacious, but not always listenable. So in terms of emotional effectiveness this album gets top honors, but personally I think I am going to let it collect some dust on the shelf for a while, and save it for a day where I am feeling particularly masochistic.