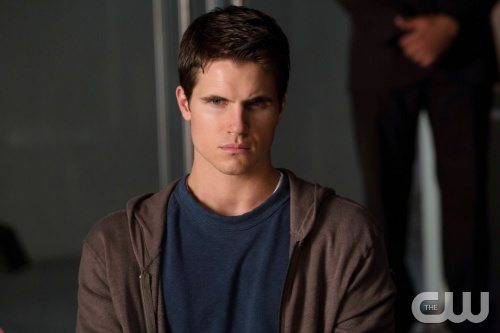 The Tomorrow People: Wednesdays at 9 Eastern on the CW

The science fiction drama has always at been looked at as both a niche format as well as a television staple (particularly in syndication). Lately, however, it seems like a procedural heavy schedule has pushed most sci-fi off of the big four (with the closest things that qualify being Lost and Revolution) and solely into the corner of that genre’s SyFy. However, if there is one broadcast network that has seemed most open to dabbling into such matters, it’s the CW, which takes it origins from the UPN network (home of both Star Trek: Voyager and Enterprise), the WB network (whose extensive line of “teens playing with the supernatural” series is even more impressive) and of which many stations were the same syndicated stations that ran Star Trek: The Next Generation, Babylon 5, and 90’s fantasy stalwarts Hercules and Xena: Warrior Princess. It’s from this tradition that the CW draws with it’s newest offering The Tomorrow People.

The Tomorrow People, a remake of the 70’s British series (and very early Nickelodeon staple), begins with Stephen Jameson (Robbie Amell), then a normal teenager, acquiring some very supernatural powers, such as teleportation and telekinesis. After acquiring these powers, he finds out that he is not alone in having these powers, meeting three others: John (Luke Mitchell), Cara (Peyton List), and Russell (Aaron Yoo). However, these powers also put them at odds with a concerned group of paramilitary scientists known as Ultra who view their new found powers as an existential threat to the current fabric of society. It is in this conflict that Stephen must navigate through, weighing a normal life on one hand with a group of people who truly can understand him on the other.

Like many series with sci-fi and action components, the first thing that I’m prone to notice are the visual effects, and in this case, they are quite impressive. This is particularly noticeable in the fight scenes themselves, as they manage to roll a slick teleportation animation into fights without relying on jarring camera work. Similarly anytime that a force ball (imagine a big invisible hadoken from Street Fighter) gets rolled out or Stephen takes bullet time to the next level, the show maintains a very cinematic quality that rivals Agents of S.H.I.E.L.D. The only real complaint I have on the visual level is the CW mandated insistence on every show taking place in darkness for at least half the episode.

The Tomorrow People also is surprisingly well written for a pilot. While it’s expected that many pilots require heavy exposition which in turn slows the plot to a grinding halt, the unloading of key facts is handled deftly and nimbly. This is in part due to the pilots brisk pace, in which three stories are very rapidly resolved in cinematic fashion, often showing where lesser shows would suffice with telling. There is only one particularly jarring hitch (which admittedly felt exclusive to the pilot) in that tonight’s episode often felt more like Stephen, our protagonist, was being dragged from point to point, whereas our lead character could likely stand to use more agency in his actions (and the last few minutes hint he should in the future).

If there’s one particular weakness to the episode, it’s in the acting. The dialogue tends to feel wooden at points, especially in early interactions between Stephen and John. However, even in this one particular rough spot, we can find clear standouts. Mark Pellegrino, who plays series antagonist Jedekiah Price (of Ultra) in a way that manages to creep and disconcert without feeling excessively hammy.

The Final Verdict: There’s a lot of potential in The Tomorrow People. It’s cleverly written, looks impressive, and paired with the sort of show that feels like a comfortable lead in (Arrow) that could lead to a long and fruitful first run (and later syndication). Many of the show’s flaws (which mostly lie in characterization and acting) are the sort of things that can be fixed and developed over time, as pilots tend to be bare bones in those areas. I’d recommend checking it out if you’re looking for an action/sci-fi fix on your Wednesday night, as the major network competition unilaterally skews away from those sort of shows.