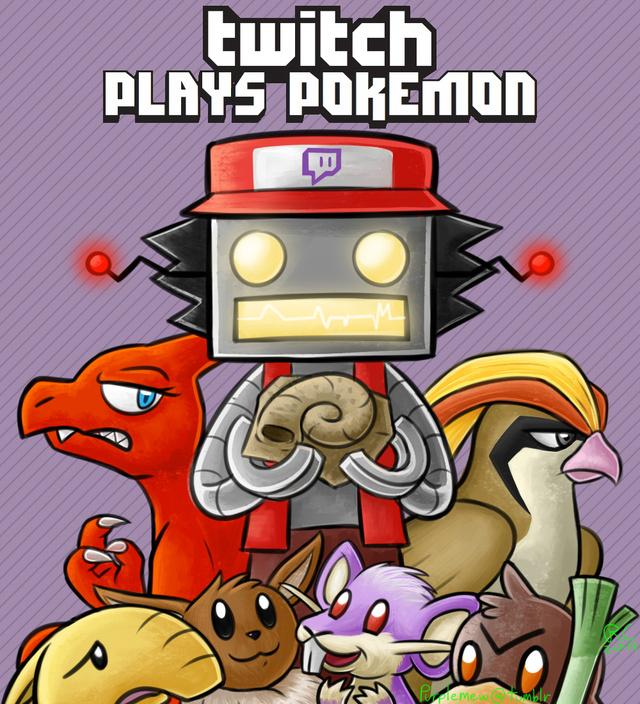 Thousands of heads aren’t necessarily better than one.

How do you turn a groundbreaking classic into a massive social experiment? Allow tens of thousands of people to play the same instance at once. Using a ROM of Pokemon Red Version, the popular streaming website Twitch, and some clever mechanics, Twitch Plays Pokemon has taken the entire internet by storm. In nearly eleven days’ worth of play time, droves of people have entered the stream to participate, troll, or simply watch the madness unfold.

The idea for this undertaking came from an Australian person who chooses to remain anonymous. By entering the stream, people worldwide can take part in playing the game by entering any of the buttons that exist on the old-school Game Boy: A, B, Select, Start, Up, Down, Left, and Right. This, in turn, will make the Red character perform the corresponding action. However, since anyone can do this, the result is pretty much what you’d expect: chaos of epic proportions. It often takes hours to achieve anything significant in-game

While the creator has mostly been hands-off when it comes to moderating the action, they did institute a small feature to help the process along when the populace became stuck inside the Rocket Game Corner dungeon for over 24 hours. By typing either “anarchy” or “democracy” into the chat, players can move the needle towards whatever they choose. If the bar becomes 75% full (meaning towards the democracy side) the Red character will only perform the most requested action at predetermined intervals. Once the chat activated democracy mode, they were able to pass the floor puzzle and proceed.

Naturally, many memes and other wacky internet claims have already surfaced as a result of Twitch Plays Pokemon. The current team features a level 60 Pidgeot and five other Pokemon who are much weaker by comparison. As a result, Pidgeot has since been dubbed “Bird Jesus” by the inhabitants of the stream. The in-game item called the Helix Fossil, which normally would be resurrected into an Omanyte, has become something of a deity to the players involved. A simple Google image search of “Twitch Plays Pokemon” will yield some hilarious results.

If you’d like to watch this project in action, all you have to do is click here. In order to participate, you’ll need to make a free account on Twitch first, but once you’ve done that you can help or troll to your heart’s consent!