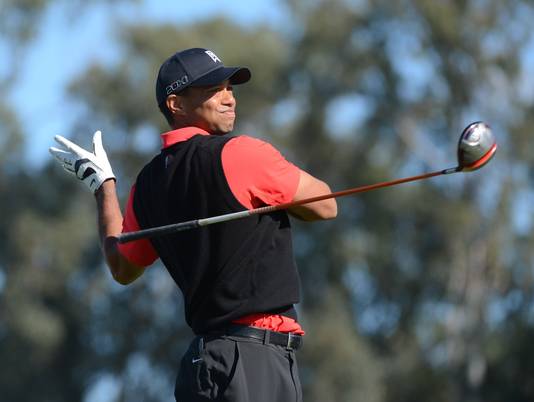 SAN DIEGO — For Tiger Woods this is the first time in many year’s that this one could be a major.

Wood’s began the abbreviated fourth round Monday with a 6 stroke lead. Woods did what he had to do over the 11 holes to win the Farmers Insurance Open for the 7th time at Torrey Pines and his 11th time in San Diego County. Woods feasts on California. Woods would struggle down the stretch today but had a large enough lead and would manage to finish  -14, but +3 for the day. This was Woods’ 75th career victory.

“It got a little ugly toward the end,” Woods said on CBS after the round. “I got a little impatient with the slow play.”

In the six previous seasons that Woods won the Farmers, he never won less than four tournaments in that specific year. The only year he won four events was in 2008 where he suited up for just six times as he had season-ending surgery to his left knee following his win in the U.S. Open — at Torrey Pines.

This is a big victory for Woods and an equally bad one for his colleagues. It has been a while since Tiger has been on his game as his competitors have cleaned up. If Woods can manage to put it together this year, the PGA tour will never be the same.

The Event was open for free to the public on Monday, when asked if he noticed a change in the crowd Woods stated “ Oh yeah, we definitely sensed a difference, seemed as if many more libations were consumed today”