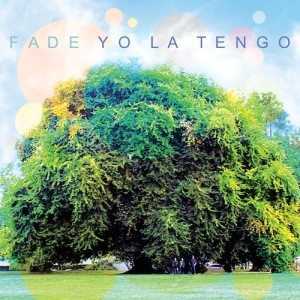 Few of the great 90’s bands have transcended their 90’s band status to include the subsequent decade(s). Through Yo La Tengo’s continued elegant songwriting, subtle tweaks in craft, and sonic adventurousness they have done what most of their peers could not. With 2000’s monolithically somber “And Then Nothing Turned Itself Inside Out”, 2006’s relentlessly diverse “I’m Not Afraid of You and I Will Beat Your Ass” and 2009’s enthusiastically pop-laden “Popular Songs”, Ira Kaplan, Georgia Hubley and James McNew easily reached the highs of their previous opuses.

It is now 2013 and it now seems clear that YLT seem intent on conquering the next decade as well. At a conspicuously short (in YLT standards) 46 minutes, some may believe the 4 years since their last outing has left them withered and dry of inspiration. Alas, this album has no track that runs past the 6 minute mark; which means no 15 minute jam sessions that we have become accustomed to on YLT’s previous albums. Some may miss the bad-assery offered by tracks such as “Pass the Hatchet, I Think I’m Mankind”, or “And the Glitter is Gone”, but this album is focused on representing another side of the trio’s talents. “Fade” strips away the more disparate elements of their compositions to reveal an album where each track flows seamlessly into the next. It is not a far cry to call this their most consistent and concise release to date; not too shabby for a band’s 13th release and 4th decade in the industry! Listening to Fade’s beautifully layered, rich composition and heart wrenching guitar lines begs the question…are Yo La Tengo immortal?

Number 13 begins with “Ohm”, which opens with eerie drone pulses and morphs into what is surely one of YLT’s more anthemic songs. Existential lyrics and tight vocal harmonies make this one of the most memorable on the album. “Is That Enough” brings back their tender side and introduces the album’s orchestral section which is featured prominently on the album thanks to John McEntire’s glorious production work. “Well you better” might be the catchiest thing on the record.  It establishes a funky keyboard/bass line that embraces the band’s eccentricities as well as their innate ability to craft a  Perfect 3 minute pop song. On the more experimental side, “Stupid Things”, combines melodic guitar lines, dreamy production and an almost krautrock backdrop. However, the centerpiece remains “Cornelia and Jane” which begins with melancholic opening chords and Georgia Hubley’s understated voice at it’s most serene. The lyrics represent the album title as they evoke a strained relationship on it’s last legs, slowly fading away. “Before we Run” is a effective album closer despite only being 6 minutes long. It is held together by it’s grand orchestral components and stands alone in YLT’s discography.

While I’ve certainly been dolling out unbridled praise for this album, the trio have certainly dished out offerings that are more raw and exciting than this one. Not unlike Radiohead’s “The King of Limbs”, “Fade” exists as a kind of culmination of what we have come to expect to hear from the band, whilst still pushing themselves forward in slightly new directions. Hoboken’s Finest have certainly made their mark on indie music’s consciousness, and their inspiration is one thing that will certainly not fade for quite some time.