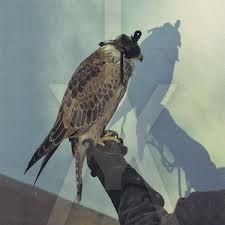 Somehow, this nihilistically driven punk band made up of Danish teenagers has gotten a lot of attention in America as of late. Ever since their debut in 2011, seemingly due to their blood splattering live shows that excellently showed off the band’s raw intensity, they have been called “saviors of punk” and “the only authentic punk-revivalists”. It’s funny though, that many label this as straight up punk music, because it actually has much more in common with no-wave bands or sludgy goth-rock. Sure, there are hooks and some poppy moments, but the music should have proved inaccessible to most indie rock listeners (It hasn’t). If a change is happening regarding ugliness ever so slightly making its way into the mainstream, Iceage are leading the battle, and they certainly have enough energy and wit to do so.

Regardless of whatever astronomical alignment brought this band into the spotlight, they are surely worthy of the praise they have received. With “New Brigade” and now this, Iceage have crafted some of the most brash and delightfully sloppy rock music in recent memory. Just like some of the best hardcore albums, at fewer than 30 minutes, these two are exceedingly brief and spontaneous. There is no repetition, and each song encapsulates an impressive amount of detail. The cavalcade of distortion, grimy textures, and Elias Bender Rønnenfelt’s dogly yowl of a voice make this a difficult listen, but much like a My Bloody Valentine album, the waves eventually part and we can tell just how labored over these songs are.

“You’re Nothing” sees the band make the appropriate improvements to their sound without sacrificing any of their grit. This is a tighter record in terms of songwriting and just about everything else as well, but it still feels that these young punks are simply making music for themselves,  and that they don’t give a shit what anyone else thinks. This album is certainly no overhaul in sound, and it shouldn’t be, because Iceage are mining territory that no one else is right now.

Each and every song here is worthy of analysis, but I’ll just remark on a few key pieces. Opener “Ecstacy” is the band’s brazen stomp of dirtiness that conveys the album’s heavy, anxiety led themes. During the verse Rønnenfelt sings /Pressure, Pressure, all god knows/ in his zombie drawl while we are buried by creaking gothic guitars. “Burning Hand” is a heavier piece that incorporates sludgy “Melvins” inspired guitars and dreadful vocals.  In case you thought these guys couldn’t kick out a demanding and fastidious guitar riff, “In Haze” puts you to rest. The link that holds all these pieces together is the infusion of manic, sweat inducing percussion.

“Morals” might be the true highlight here, with piano chords (yes, you read that right) laying alongside exasperated vocals that cry,  /to be someone like you/ which recalls “The Cure” at their self loathing best. The second part of the song continues with the painfully sung verse /where’s your morals/ which is surely to be one of their defining live moments. “It Might Hit First” is screams and dissonance, lightning fast chord patterns and incessant drumming. The last two songs, “Awake” and “You’re Nothing” are some of the most accessible. The title track in particular is very reminiscent of 70’s pop punk, and surely contains what is to be some of their most shouted lyrics at upcoming shows.

While describing this band, it is necessary to use negative adjectives (incessant, exasperated, dreadful) that you wouldn’t imagine added up to good music, but somehow it all works perfectly here. To take a quote from David Byrne “The better a singer’s voice, the harder it is to believe them”. This completely describes why so many people become infatuated with artists such as Dirty Projectors, or the even uglier Xiu Xiu. Like those artists, (Talking Heads included), Iceage is pure, expressive and wholly authentic, three traits that have always added up to make great music. They have always been the traits that I have followed in my quest of endless music discovery, and as of now, I will follow Iceage wherever they take me.