Decided to do something a bit different for this latest entry of Netflix’d. As those of you that know me (all two of you), you know I’m a fond appreciator of film noir, to the point that I’d even call it my favorite style/genre/era of movie-dom. Seeing that Netflix has such a good batch of quality noir titles, I was thinking about finding a particularly great one and then writing about it. Then a better idea struck me: Why not just review em’ all in one fell swoop? They’re all pretty much the same film anyway! Therefore, welcome to the Film Noir Edition of Netflix’d where I’ll be discussing my 7 favorite Film Noirs that are currently streaming on Netflix. I’ve listed them in chronological order, so feel free to interpret this as a timeline for the film style’s. 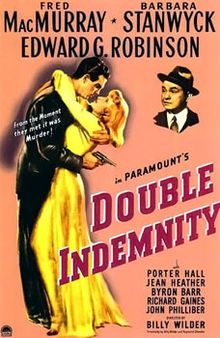 Synopsis: A insurance sales man (Fred MacMurray) starts an affair with a femme fatale (Barbara Stanwyck), and then the two start to ruse a plot to murder her husband in order to amass his immense wealth.

Review: One of the most influential film noirs, in terms of setting character archetypes and visual motifs. Many of the plot elements have become common place for the genre, such as a murder plot that goes wrong, and first-person narration that lets the viewer know the main character is doomed from the start. Adapted from his own novel, Chandler gives the screenplay sparkling dialogue and plenty of seedy twists to make this possibly the most realized film based on one of his novels. Billy Wilder also gave the film a look that can now be called paradigmatic for film noir, with it’s great use of shadows, eerie lighting, and L.A. setting. If there’s anything that appears to be dated about the film, it’s only because it was a massive trend setter. 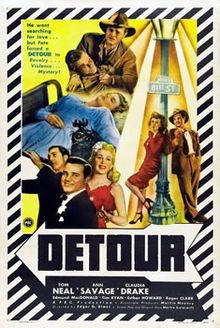 A New York City piano player decides to travel cross country to reunite with his girlfriend in Los Angelas. With a limited amount of money he decides to hitch hike across the country where he’ll meet two seedy characters (Edmund MacDonald and Ann Savage) that will make the trek really not work it

Pretty much a classic, despite it’s low-budget, brief running time, and conventional camera work. There’s a bit of suspension of disbelief needed for the film, as the story relies heavily on coincidences, but there’s no denying how dark it all is. Ann Savage makes for a particularly nasty femme fatale also who is almost masculine in her delivery. At just over an hour in length, Detour is a breezy and satisfying ride through the classic style. 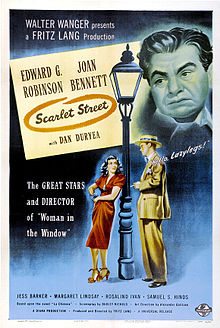 A lonely man (Edward G. Robinson) becomes infatuated with a femme-fatale (Joan Bennet), and eventually gets wrapped into the con-artist ways of her boyfriend (Dan Duryea).

German Expressionism is often referred to as the clearest starting point for film noir, so it makes sense that Metropolis director Fritz Lang would be able to construct such an essential entry to the canon. Reuniting the same trio of principal actors that he filmed in The Woman in the Window (also available on Netflix), Scarlet Street is definitely a more mature and fulfilling film than it’s predecessor. While occaisonally meandering during it’s first two acts, the final third is one of the most intense in all of film noir. It’s an ending so bleak and haunting, that Scarlet Street was actually banned by the censor boards in New York, Milwaukee and Atlanta around the time of it’s release, despite it’s “crime does not pay” message. Possibly Fritz Lang’s best Hollywood film. 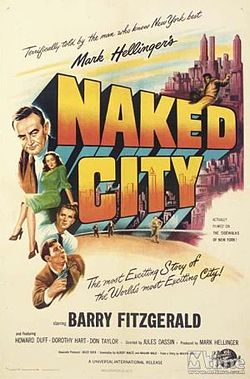 While Los Angelas is frequently considered the pre-eminent location for film noir, the “concrete jungle” of New York is undoubtedly an effective location as well. Narrated by Mark Hellinger, the film has a quasi-documentary feel to it, as he explains plot points and New York traits for the viewer. Filmed on location, The Naked City probably remains the single film noir to take such valuable use from Manhattan, filming great scenes in the Whitehall Building, and on the Williamsburg Bridge. Also, if you like this then I strongly recommend that you check out Dassan’s later film Rififi, which I feel is the best French-language noir. 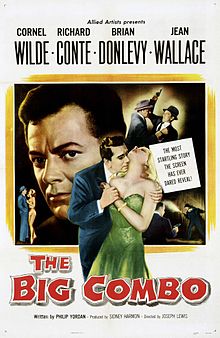 A police lieutenant (Cornel Wilde) looks to bring down a vicious gangster (Richard Conte) by uncovering his past.

Closer to a traditional gangster film than the other movies I’ve listed, yet Dark Combo is undoubtedly one of the last true film noirs (the classical era is often considered to have ended in 1958). While it contains solid acting and storytelling all around, the real reason to see this film is for it’s iconic climax. It makes brilliant use of single-source lighting for a story element, and the final image remains one of the most memorable in the noir lexicon. 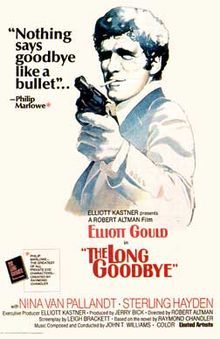 Raymond Chandler’s iconic detective Philip Marlowe (Elliot Gould), is out to prove the innocence of his friend Lennox (Jim Bouton), who has been accused of murdering his wife. Parallel to that, Marlowe also is hired by a blonde (Nina van Pallandt) to locate her lost husband (Sterling Hayden).

While Roman Polanski’s Chinatown is often considered the most important neo-noir, it also must be said that The Long Goodbye did a commendable job of introducing the grit and swagger of the 70s to the pulp elements of the classical film noir era. Playing as a more laid-back version of the character than previous actors, Gould gives Philip Marlowe the right amount of appeal and zest to really strike more of a cord with more modern audiences. Most impressive about The Long Goodbye, however, is that Robert Altman and Leigh Brackett managed to make a film that both adapted Chandler’s novel, as well as updated it. Half a satire, the film pokes fun at a lot of facets about Los Angelas at the time, including hippie culture. A very weird, and very fun genre send-up. 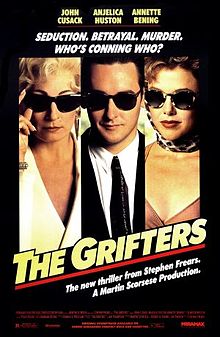 Synopsis: A female con-artist (Anjelica Huston) decides she wants to get out of  the game. Unfortunately, her sadistic boss won’t have it, and her son (John Cusack) is farther into this dangerous lifestyle then she cares for. They make an ultimatum to pull off one last gig, but of course it all goes horribly wrong.

Review: It’s shot in color, R-rated, and has a relatively modern setting, but The Grifters certainly feel like a film noir from the classical era, rather than a glossy neo-noir. Written by crime novelist extraordinaire Donald E. Westlake, adapted from a novel by similarly renowned author Jim Thompson, and produced by Martin Scorsese, the film obviously had plenty of talent backing it up and it shows. Never letting up on the fact that film noir should focus on flawed characters doing terrible things to each other, The Grifters is intense, gritty, yet also pure movie magic. Up there with L.A. Confidential as one of the very best neo-noirs. 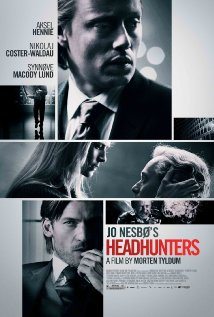 Synopsis: A successful businessman (Aksel Hennie) who also moonlights as an art thief gets in way over his head when a mercenary (Nikolaj Coster-Waldau) and his wife (Synnøve Macody Lund) catch onto his occupation

Review: The Norweigan Headhunters is a potent commentary on the cutthroat nature of the business world, but the real reason to see it is that it’s such a sinful pleasure. Viciously violent, perversely sexual, but never lacking a sly sense of humor either, Headhunters is the type of neo-noir that’s all too rare: one that’s hardcore yet tongue in cheek at the same time. With an American remake in the works, I recommend seeing the original now, before the likely inferior remake makes its arrival.