In my mid-season review of Girls’ second season I said that it looked like this would both surpass the first, as well as change the minds of the show’s detractors. Well, I can’t say the latter prediction was accurate as people don’t just hate this show, they spit at it vehemently. If you were a fan of the first season, however, than you should find this a more fulfilling, more sincere, and more mature sophomore series, that shows no signs of tearing apart.

Girls is very much a show about a struggling generation, and this season only evolved on that theme. The first scene in the very first episode involved Dunham’s character Hannah frustrated over the prospects of her parents withdrawing their funds for her, and the show has continued to enlighten one of the uneasiness of living off one’s parents in a post-collegiate life. I’ve noticed that many people have found Hannah to be unlikable as they find her lazy and irresponsible in regards to the fact that she doesn’t hold a career. I feel that these same people have been neglecting to realize that this character is trying hard to make it as a writer, while also dealing with the pressures of her life. The last three episodes of the season do reveal that she has struggled with OCD in the past, and it’s return to her life has left her sickly to say the least. Speaking of sick, the show continued to wear it’s HBO logo with flying colors, with enough bizarre sex scenes to give Howard Stern a year’s worth of material. It’s become a hot media topic to report on how racy the show’s sexual content, but more and more it’s becoming apparent to me that the characters have awkward sex because they are so unstable, and uncertain about everything in their lives.

Yes, this was a bit of a darker season, with some of the more dramatic story arcs revolving around the character’s romantic and parental woes. Fortunately, Girls remained very much a comedy, and a quirky one too. The dialogue was snarky, and it’s observations on sex and prolonged adolescence were all funny because they were so honest. I remember back in the summer of 2007, when Judd Apatow had just released both Superbad and Knocked Up, I was hopeful that we were at the beginning of a new golden age for American comedic films. I felt we would see more films in the coming years that sublimely melded the high-brow subtext with the low-brow humor, and featured highly relatable characters in frequently hilarious (yet realistic) situations. Instead, I feel that Bridesmaids is the one American comedy since then to have really gotten it right, while plenty of others (I.E. Pineapple Express, Funny People, and yes even The Hangover) have paled in comparison. Girls however, really feels like what I want from a post-Apatow world, as it’s got enough heart to make it’s genetalia jokes resonate. Even with Apatow’s presence as an executive producer apparent, Lena Dunham still gives the show her distinct flavor, and proves to possibly be even more complex. 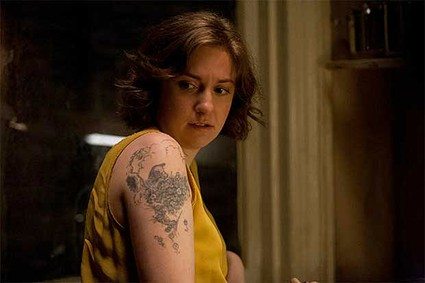 Perhaps most impressive about this season, however, is that there were plenty of episodes that showcased that Girls is a show that plays it realistic, yet at the same time knows when it’s okay to have character actions based more on story logic. This is what makes this season’s fifth episode, One Man’s Trash, the show’s best entry to date. This episode can be seen as a stand-alone episode but it’s so integral to the series’ ongoing theme. In it, Hannah decides to go to the house of a man (Patrick Wilson) who complained to her boss about their sanitation regulations, and apologize for what happened. The meeting turns into an affair for the two characters, with Dunham and Wilson both showing unexpected chemistry with one another. Many people I’ve talked to have felt that it is highly unrealistic that Wilson’s character (a much older man, who is also a successful doctor) would instantly go for sexual contact with Hannah, but even if that is the case it’s hard to fault the episode for it’s payoff. The episode has a plaful tone to it, until it climaxes with an emotional confession from Hannah. Performing in tears (and not the “hysterical” kind), Dunham nails it here, showing her protagonist at her most vulnerable, and sympathetic. The episode gives the viewers a look into how Hannah really feels about herself, and gives us more insight into what drives her. It’s an intimate moment from the show that really addresses what this show is doing so differently than any other “chick” show on the air right now.

One meticulously written article I came across (right here!) praised the show for incorporating psychological tactics into the storytelling, even saying it was the first TV show to be so psychologically rich since The Sopranos. At first this claim felt a bit like a stretch for me, but the more I thought about it I realized it was a very nifty comparison. Similar to how that show often had episodes conclude open-ended, leaving viewers to fill in the gaps based on their knowledge of the characters, Girls really uses this in great effect to reflecting the aura of discomfort that hovers over the contemporary 20-something zeitgeist. These characters are in a constant mind fluctuation about who they are, with characters saying one thing while purely expressing something completely different. Many episodes this season ended with the narrative not addressing how the characters went by with their conundrums (what happened to the dog Ray brought to Staten Island?),  which parallels the emotional limbo of it all.

Girls season two does indeed live up to the stellar reviews, and in many ways it surpassed my expectations. In just one season Lena Dunham has gone from an indie-film underdog, to an artistically heralded champ. An overnight sensation, for the art-school generation! With plenty of interesting character revelations made during the finale, there’s already so much potential for where the third season will go. Here’s hoping that the best has yet to come for Girls, the new hip spot on the pop-culture landscape. 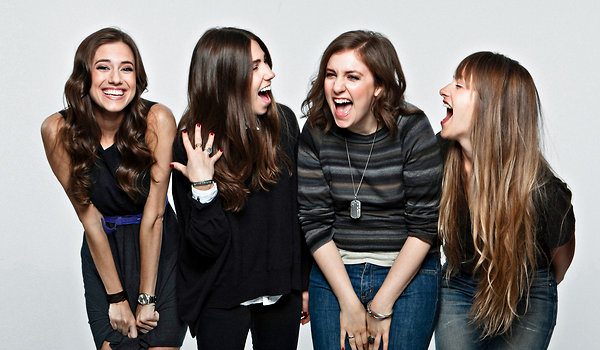