You are here: Home / ENTERTAINMENT / Spring Breakers: The Boobs and Bullshit About Harmony Korine’s Latest 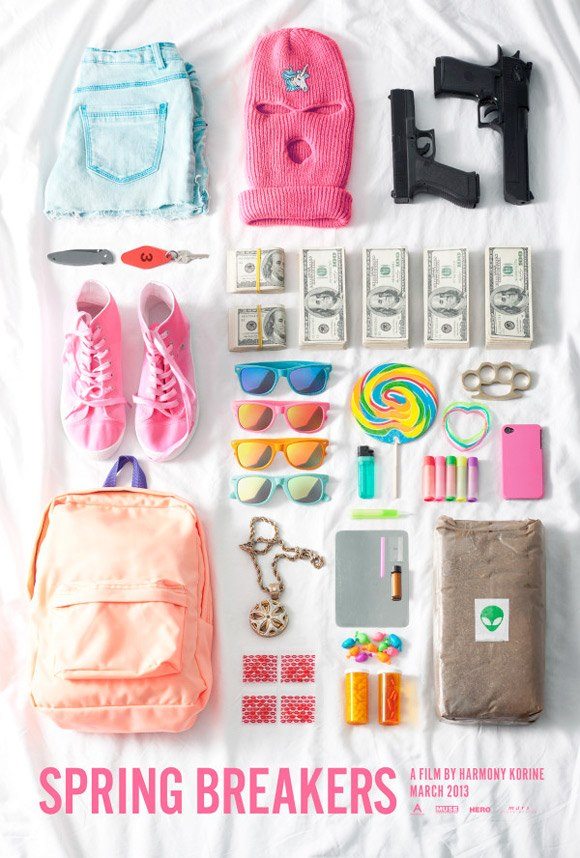 Alright, I’ll admit it right here at the start: I went into Spring Breakers with a bit of a biased attitude towards it due to my feelings about director Harmony Korine. While I do admire the film maker as his entire movie career has been based around making incendiary arthouse releases, I also fell that all of his films have been missed opportunities. His films (such as Kids and Gummo) have always attempted to be stirring social commentaries, but are rendered useless due to the fact that Korine is more interested in focusing on depravity and graphic content, rather than on addressing the difficult questions he brings up. Still, despite my prior knowledge to Korine’s work, it’s hard for me to imagine having liked Spring Breakers anymore than I did had I not. The simple matter is that Korine hasn’t so much made a movie here, rather than an on-screen imitation of a drug binge spent watching MTV and pondering American society’s popularization of excess. The worst part is though, I don’t actually think that’s a bad concept at all.

The film’s plot is skeletal, but it’s there. It’s about four college-age girls played by Selena Gomez, Ashley Benson, Vanessa Hudgins, and Rachel Korine (yes, she is the director’s wife), who inexplicably decide to commit a crime so they can afford a spring break vacation. Afterwards, they travel to Florida where they take part in the ugly party culture there, before they are arrested. Fortunately for our protagonists, however, they are soon bailed out when a career criminal (James Franco) takes interest in the four-some. Next thing you know, he’s got himself a group of bikini clad thugs to help him take down the mandatory rival drug lord (Gucci Mane).

The advertising for Spring Breakers has been making the movie look like a crime film with hot chicks, but this isn’t really that kind of film at all. Harmony Korine gives the film what he terms a “liquid” narrative, and there’s virtually no scenes in the movie that could be called straight. Pretty much every scene is montage-esque, filled with hyper-stylized editing that showers the viewers with images (not necessarily in chronological order), and usually accompanied by bizarre narration or ironic use of pop music. It’s a tactic that was perhaps used to mirror the music video raised generation that the film is showcasing, the thing is…it’s almost immediately overwhelming!

It’s no secret that Spring Breakers already has an out there concept, and one that immediately got the attention of media circuits once they heard that Korine had cast Disney Channel starlets for it. I just feel that it was unnecessary than for Korine to use such an experimental narrative for the film, as isn’t it strange enough that we’re watching a film about a dread-locked James Franco employing a bunch of hot-bodied young girls to perform crimes for him? The added layer of weirdness comes off as pretentious and frankly annoying.

Worse though, Korine once again fails to give empathy towards his characters or world. Right from the start, Spring Breakers depicts it’s characters as vulgar and shallow miscreants (that also happen to love Brittney Spears), and they only get worse. Korrine tries to suggest they have glimmers of humanity in a few scenes that see the four girls playing in their dorm hallways while bathed in a bright white light, or inserting a few shots that show them embrace Franco’s character. It ultimately falls on deaf ears though, as none of it is developed in a way that makes us care for these girls, who are doing really fucked up things 95% of the film’s running time. The film’s climax is also predictable, and implies that Korrine really doesn’t know the first thing about story payoff, or perhaps doesn’t care in the first place. 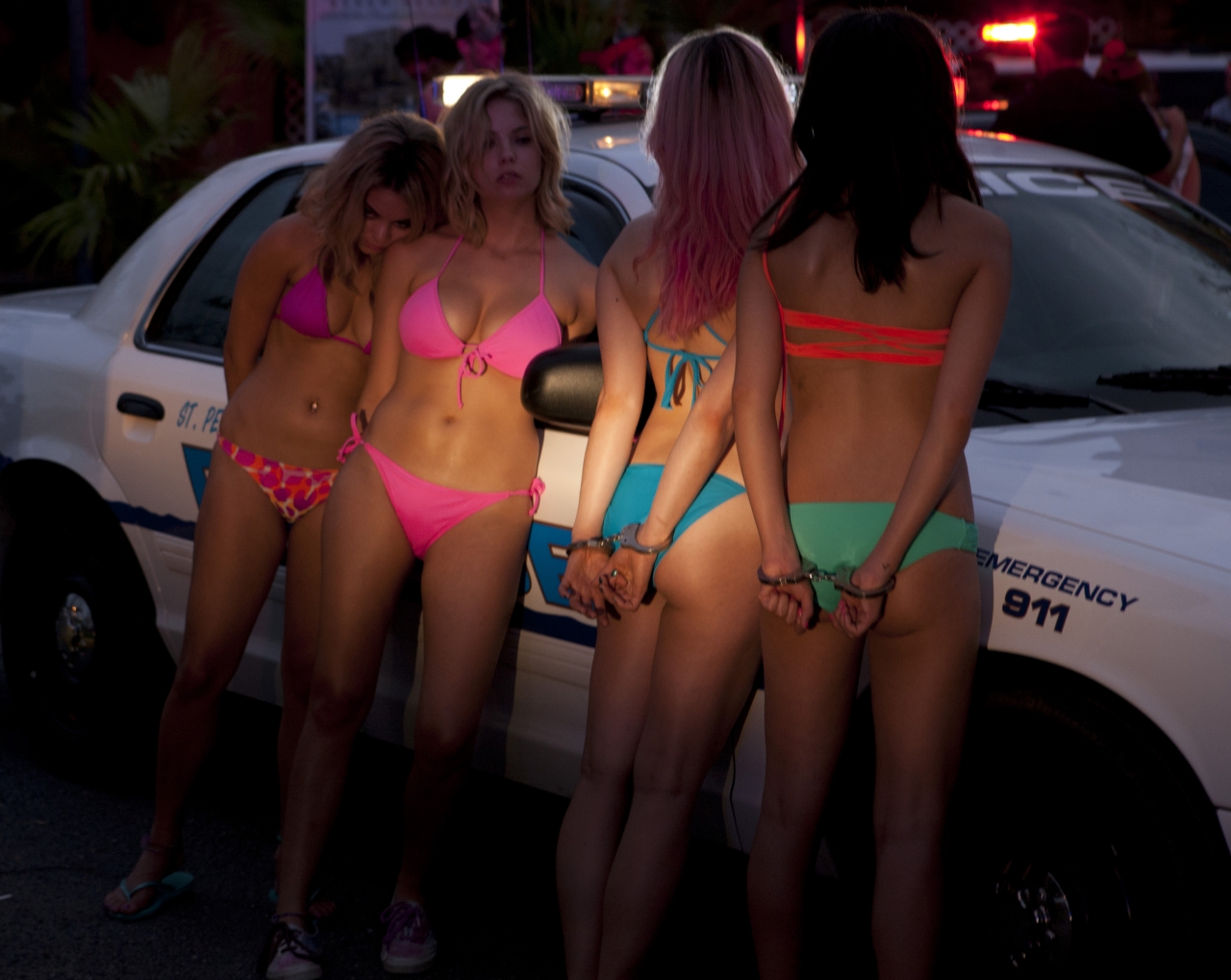 As mentioned before, the film’s casting is certainly interesting, but there are some disappointments here as well. The film’s saving grace could have been in Selena Gomez’s character, who is actually frightened by the criminal acts she sees her friends perform. She could have been the human notion that the film really needed to communicate (assuming Gomez could give a convincing performance), but the character is all but abandoned before the film’s third act. James Franco turns out to be the film’s highlight, though. He was obviously cast as such a vile character due to his public persona as a sweet-natured young man with an established taste for the fine arts. We see the character take part in all sorts of aberance such as using the term “double-penetration”, or performing oral sex on hand guns, but behind the grit there’s still the awareness that this is the guys who is also starring in Oz: The Great and Powerful. An interesting tactic, and one that should have been applied to more screen time for the character, as Franco gives plenty of bravura in his performance, along with a sprinkling of his nice-guy nature.

On one hand, there is a part of me that doesn’t understand why I disliked this film. Some of my favorite films of the last few years, like Drive and The Master, have proven so intoxicating for me in the way that they acted as mainstream films while still using a highly unconventional narrative structure and leaving plenty of story gaps. Those two films, however, gave the viewer enough material to grasp some inkling as to why the characters were motivated the way they were, and never felt excessive or showy in their style of film making. Spring Breakers is a fine example on how delicate the blending of indie/commercial sensibilities are, and that film makers really need to be aware of when it’s time to say no. Had Harmony Korine given his film a more familiar story structure (perhaps even finding a veteran crime fiction writer to collaborate on the script with him), Spring Breakers really could have been the potent piece of social commentary he was aiming for, and even retained all it’s sex, drugs and violence. Instead, it’s a film more likely to leave viewers leaving the theater befuddled, infuriated, or just plain exhausted 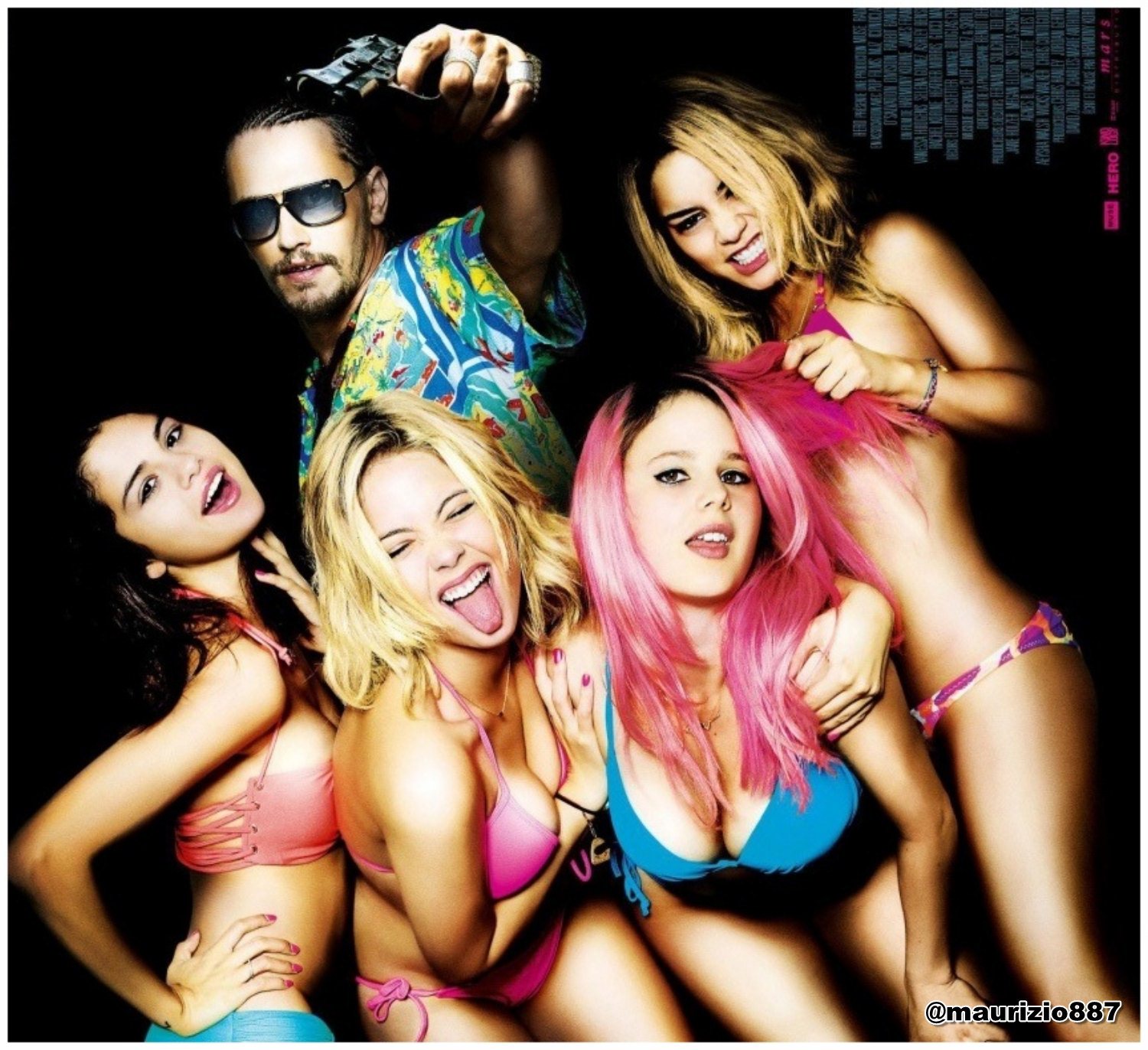