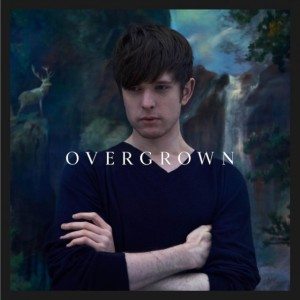 Over the past two years, there is no album in my library that I have played as many times as James Blake’s eponymous debut album. For the record, I have listened to it upwards of 200 times, yet I have still been unable to release myself from its grasp. The sounds seem to always be in the back of my mind, haunting me to take one more listen. And how could I refuse such an offer? After all, each listen was sure to reveal yet another layer of Blake’s virtuosic keyboard playing and brilliantly designed chord patterns. Although upon its release, many referred to it as a singer-songwriter/dubstep hybrid, it actually exists outside both of those genres. After my long term examination, it is quite clear to me that James Blake was the best album of 2011. *Hands over award*

Unfortunately, many others do not share my opinion. As critically acclaimed as the album was, it also received a resounding amount of backlash. As a means of therapy I will release my anger at the tyrants who hated on James Blake now: Shame on you fools! How dare you say that the album is overly spacious and full of half-finished songs? Seriously…who do you people think you are? I should come over there and beat your whiny asses right now! And don’t even say that his EPs were better, because they don’t hold a candle to the beauty and originality of this full length! And so what if I’m an addict who needs psychological help? At least I can tell a good album when I hear it. Grrrrr……………..

Ahem, so anyway, you could understand my intense anticipation for his 2nd full length. In hindsight, based on how rapidly this producer changes his artistic direction, I should have known that Overgrown wouldn’t consist of the same pleasures of his debut. Although this will be seen as a more subtle departure for him compared to his genre shifting string of 2010 EPs, this is without a doubt an entirely different beast than its predecessor.

Although we haven’t heard James Blake go full on dubstep since the very early days of his career, his music has always made it easy to identify him as one of the most talented bass producers in the world. This is not the case with Overgrown, as Mr. Blake is much more concerned with embracing his inner Joni Mitchell than repeating his previous successes. This relates to his newfound vocal prowess and song-writing ability. On the “Enough Thunder” EP, he released a wondrous cover of Joni’s “A Case of You”, and on this album it seems she has made her mark as one of his primary influences. In the relatively short time since James Blake, he has learned an astounding amount of vocal tricks; each one perfectly complementing his electronic palette. As nice as his voice was on James Blake, the real surprise there was that he knew how to sing at all. Here, he delivers a much more commanding and difficult performance that even overshadows his production.

Don’t get me wrong, the production is still stellar, but more often than not, the keyboards are used as leverage for the vocals rather than taking the lead. A large portion of the album represents shimmering minimalism evocative of cold desolate landscapes. As atmospheric as it is, Blake never truly shows off with his keyboard skills, instead, he has crafted a record that is much more moving and intimate than his previous work. Since many songs seem to relate to aspects of his own life, it will also most likely go down as his most personal.

Aside from the vocals, the album’s defining feature is the lyricism. Well over half the tracks have analysis worthy lyrics. I certainly don’t remember using the word provocative to describe a James Blake track before. Through “I am Sold”, Blake repeats the line /and we lay nocturnal, speculate what we feel/, later in the song, he brings up that we need a /constellation that shows us where we are/. The album’s main theme seems to be the inability to convey emotions. The album references this in regards to how we talk to other people as well as how we see ourselves. On the piano led “DLM”, Blake pleads /Don’t let me hurt you more, it’s at your stare and at your core/. On the album’s astronomical centerpiece “Retrograde”, Blake sings about finding ourselves by separating from the physical world /Suddenly I’m hit! It’s the Starkness of the Dawn, you’re friends are gone, and your friends won’t come, show me where you fit in/. It’s the album’s defining and most contemplative moment – it’s also the most profound thing Blake has written to date.

Oh yeah, and there’s also a RZA track that kinda, sorta ruins the mood, (although not as badly as you might expect) – but in the end, it’s not really worth dwelling over. James Blake has pulled off the  impossible. Once again, he has made an album that exceeds our expectations –  but not because we didn’t think he could do it, it’s because we didn’t know he could in the first place. Now we are left to ponder what other skills this mutant must have hidden up his sleeves. Here’s to finding out in 2015!  *cheers*