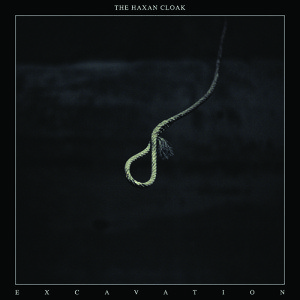 If you currently listen to music by way of earbuds/low quality headphones, I am going to ask that you make an upgrade before listening to Excavation. The album bears a startling physicality that stems from low bass frequencies which morph into dense pulses of sound waves. Each note burrows closer and closer into your skull until it has a hold of your very being. However, without the proper equipment, you would essentially be listening to a dark ambient record. Although it’s certainly a different genre, the deep, never ending chords are reminiscent of Sunn O))) at their heaviest. This is downright massive music, as there are single notes which seem to go forever inward. It’s easy to imagine these pulses expanding onward into an unknown oblivion whilst absorbing everything in their path.

Like many artists on Tri-Angle, Bobby Krlic is one of those next level producers whose music requires complete immersion of the senses. If you’re brave enough, surround yourself in darkness for this album’s duration; I dare you to come out of that experience unaffected. Even for those of you who are used to Demdike Stare or Andy Stott, this stands as something else entirely. While there has been a noticeable influx of producers making dark electronic music as of late, The Haxan Cloak has created an album that seems to have a personal tie with the netherworld.

With each track, Krlic guides us into the depths of the afterlife. It’s a place where serpentine bass slithers across our backs and razor wires slice inches away from our necks. Based on the cover alone (which casts a noose suspended in mid air against a black void) you could tell that the album is representative of a hostile environment, but thankfully, the album is much more than a simple horror film soundtrack.

Although Excavation chronicles a voyage that takes place after death, the scenery couldn’t be described as either heaven or hell. The place Krlic has imagined is much closer to a purgatory – or the intermediary portal that eventually leads to a higher state of being. Through the 50 minute running time, we get the feeling of being taken deeper and deeper into the unknown. Each plummeting bass drop sends us spiraling into the abyss. There’s no doubt that it’s an unsettling experience for those of us who are afraid of death – and after all, who isn’t?

It might seem overly esoteric and inaccessible, but despite its harrowing theme, Excavation proves to be strangely inviting. It’s a deeply personal record as well. After you look past the horror aspect, it’s easy to realize how emotional it all is. If you look hard enough, you can even find a lingering optimism regarding the afterlife. As the album progresses, brighter patterns seem to rise from the darkness such as synths and ominous bell segments. It hints at the protagonist’s progression towards a new state of being within a higher realm of existence.

The finale in particular is riveting. Simply titled “The Drop”, it explores a sound palette that is broader and more accessible than the previous tracks, yet it still contains the same sense of mystique and intrigue as what came before. Although it still calls to mind the feeling of being surrounded by darkness, now the very essence of the void has shifted into something that is elegant and beautiful. In a way, it feels as though Krlic has come upon an emotion that is removed from human experience.

Of course, no one knows what the afterlife really is like (if there is one at all). It would be silly to say that this album represents a realistic depiction of death. However, the album is so affecting on a gut level that it is safe to say that the music is representative of something. It may seem overly vague, but that’s the point. That “something” may be a place that exists in the back of your mind or in the depths of your soul. We all have a chasm locked away within ourselves that contains the secrets we long for; this album might be the perfect way to excavate them.