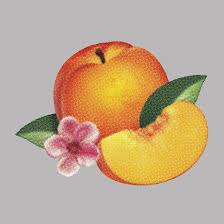 Has there been a song to come out since 2009 that was anywhere near as catchy as “Lisztomania”? That tremendously buoyant single, along with the band’s other lead single “1901”, were tracks that literally renewed my faith in pop music. Even more astonishing was that despite Lisztomania being played on nearly every commercial break during a car advertisement, it didn’t even begin to annoy. Hell, it almost made commercial breaks tolerable. And what was it, exactly, that made those singles so damn amusing in the first place? Did Phoenix even have the right to make music which catered so appropriately to the generation of hyper active indie kids? While the band had certainly written catchy tunes before, the veteran musicians had reached a subtle evolution which made their music sound effortless while still retaining their off kilter personality that remained essential to their uniqueness.

And let’s not forget, the remainder of “Wolfgang Amadeus Phoenix” was a blast as well. As a whole, it represented music’s glorious return to the near forgotten genre of power pop. The record launched the French stalwarts into a late in career success status. This newfound popularity led the four piece on an exhausting two year world tour to places they had only dreamt of playing. Writing and recording for their next album began almost immediately after that last tour ended, so they have had plenty of time to make this follow up.  Until earlier this year the group has been remarkably silent, only peeking their heads out for an occasional statement. The band’s Grammy award winning full length has yet to be matched in the four years since its release; so needless to say, we have all been waiting for something big.

However, with “Bankrupt!”, Phoenix have traded in their power pop aesthetics and memorable choruses for expanded non-sequitor instrumentation and extravagant genre hopping. They have also traded in their guitars for some seriously demanding keyboard work. It seems predictable that after being showered with success, the band would be inclined to follow up with a more experimentally infused effort – so in a way, this album’s unpredictability is hindered by the fact that we could see this coming. Don’t call it their “Kid A” though, because although Bankrupt is certainly the most challenging record of Phoenix’s career thus far, it’s also among their least focused.

At first, it really is difficult to discern what makes this album so much less likeable than Wolfgang Amadeus. Both albums have the same amount of tracks and have almost identical running times. Despite the virtuosic instrumentation, the lineup is also the same. The difference comes with the feeling. The sense of freedom and rebelliousness that gave their previous efforts so much momentum is largely absent. Even Mars’ fluttering voice sounds strangely constrained, as he attempts to change its presentation to better fit the instrumentation.

Although the 4 years it took the group to record Bankrupt would lead you to believe they found a natural progression into this new state of mind, the end result still feels less than fluid. Thomas Mars talked about combining the highbrow and the lowbrow to create a new sound with this record, but in actuality, he was making music that is “midbrow”. While each song has solid sections, as a whole they just don’t gel. A handful of moments still carry the band’s trademark energy and wit, but others should have been left out entirely. While the album couldn’t and shouldn’t be called bad, it doesn’t have staying power.  Hopefully that other highly anticipated French album that comes out later this month will be more memorable than this one.