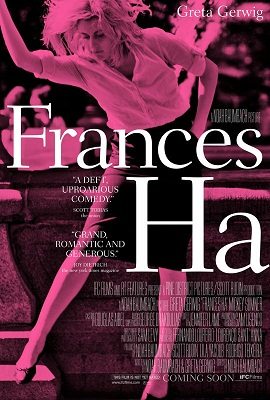 New York is a great place to live right now, eh? In terms of people, landmarks, culture, entertainment, and opportunity, this city just seems to have it all…if you’re a 20-something. As much as I feel New York is the raddest place in the world right now, I’ll often find people from earlier generations (be them aging punk rockers, artists, poets, etc.) who tell me that something’s missing from the city now-a-days. They’ll explain that New York used to have real spunk, grit, and livelihood to it, and that gentrification has basically transformed the city into a post-collegiate dorm (well, at least in Brooklyn, anyway). I was finding these statements rather provocative, especially as before I was an actual resident of the city, I always dreamed of what it would be like to live in it. Growing up I was infatuated by the rough lifestyles depicted by New York City rappers, and as a college student, Woody Allen lead me to believe that New York was the intellectual mecca of the world. Upon moving to the city in 2011, I did notice that the New York I envisioned was a bit more buried in our I-pod generation, but maybe that’s fine. Retro New York is still alive and well in these times, and filmmaker Noah Baumback and actress Greta Gerwig seem to understand that to the letter.

Noah Baumbach’s 7th feature film, Frances Ha, really couldn’t have come at a better time as it really understands the appeal of New York’s classical status, while also delivering a potent sense of the modern zeitgeist that has swept the city’s contemporary aesthetic. The film is an independent comedy with light dramatic elements, that follows Frances (Greta Gerwig), a 27-year-old dancer living in New York with her best friend Sophie (Mickey Sumner). The two have been close since college, and they’re almost always in a playful mood with each other, even if their monetary/relationship problems are never far away. When Sophie reveals that she’s decided to move to another apartment, Frances suddenly finds herself frustrated, and finds herself trying to find something new to rely on for comfort.

Right from the get-go, Frances Ha shamelessly wears it’s influences. Shot in black-and-white, set in New York and very reliant on dialogue and neuroticism, it’s hard not to remember the first time you saw Woody Allen’s Manhattan while you’re watching this film. Also, it’s understated cinematography, and bohemian aesthetic (not to mention a very humorous section that involves Frances going on a trip to Paris)  is clearly a name drop towards French New Wave pioneer Jean-Luc Godard. Baumbach has made no bones about it either, stating in interviews that those two film makers were principal influences for Frances Ha. It’s always admirable to see a film maker try to channel the works of the greats through their own material (as long as they don’t cross the line into cheap-rip-off territory), but what’s really remarkable about Frances Ha is that it still manages to feel modern and necessary in it’s own right. 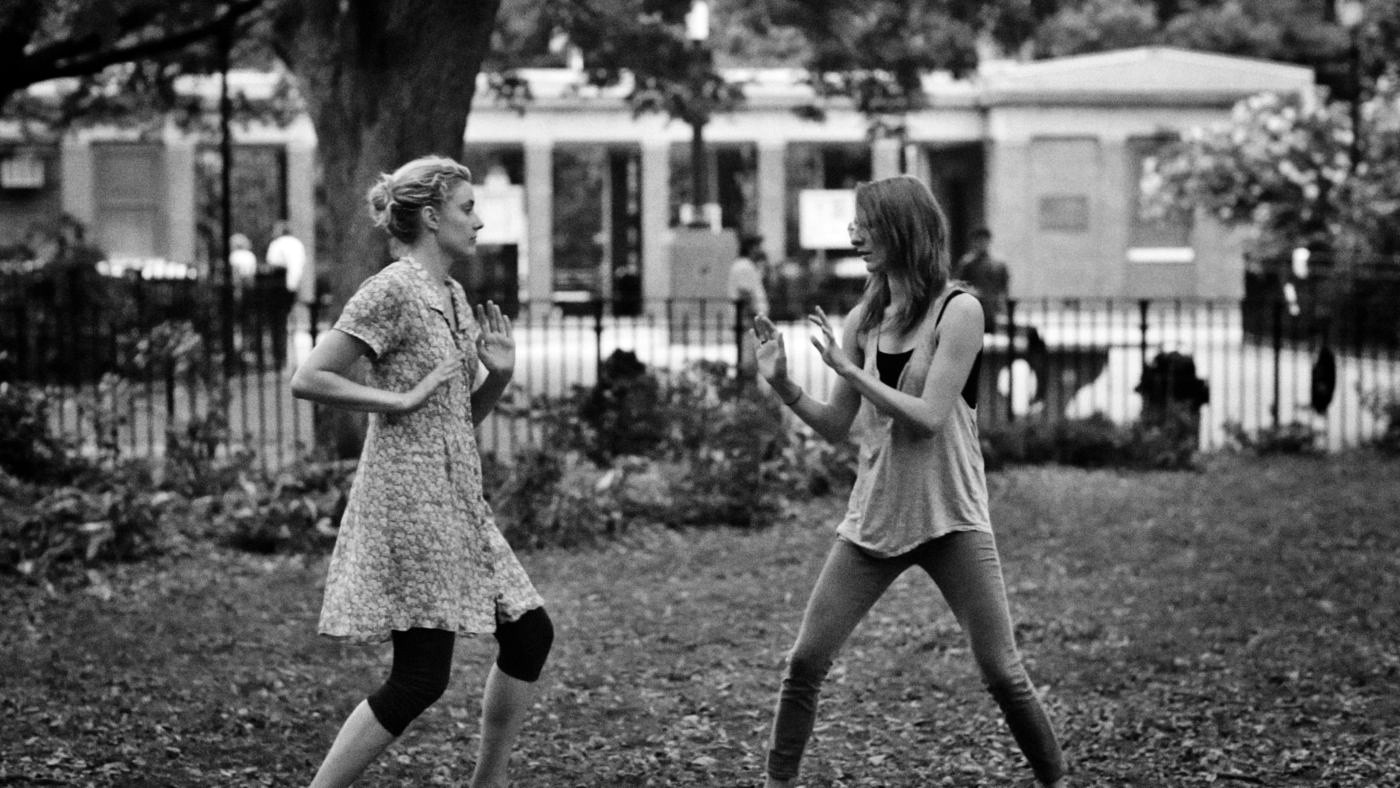 The story forgoes a traditional sense of arc, and it immediately becomes clear that the film has an intentionally jumpy narrative to it. The script (written by Baumbach and Gerwig) never wastes too much time on a particular scene with plenty not even lasting a minute. The film definitely survives on it’s clever editing, which utilizes the occasional montage sequence or brief set-up shot to infer to the audience what’s going on. Roughly a year goes by in the film’s storyline, which could have been hard to pull-off in a satisfying way given’s the film’s brief length (85 Minutes) and minimalist design. That simply isn’t the case the case though, and it’s not just the film making that achieves this, but Gerwig’s stupendous performance.

It just seems so hackneyed an expression to refer to a young actress having a “breakout” role in a film, but Greta Gerwig really has deserved that distinction here. Since appearing in Baumbach’s last film Greenberg, she and the filmmaker would begin dating, which is the most likely reason that both of these people seem to so much want to share this Frances character of theirs’. Gerwig is an absolute joy to watch in her role, as Frances is quirky, clutzy, and adorable in a way that Zooey Deschanal is overrated for, and even though she’s in virtually every shot of the film, not once is her performance ever repetitive. In lesser hands the character could have been frankly annoying as her mannerisms are often awkward, and her ironic use of slang words has become common place in today’s hip-hop saturated culture. Fortunately though, Gerwig’s nuance makes Frances nothing short of endearing, and we do really get a sense of character development throughout her endeavors. Honestly, a montage sequence that involves Frances gleefully dancing around Manhattan to David Bowie’s Modern Love is the closest thing I’ve seen to movie magic so far this year.

It’s almost guaranteed that Frances Ha is going to incite comparisons to the work of Lena Dunham, and not just because Adam Driver has a role in the cast. Like Girls and Tiny Furniture, this film is about the limbo period of 20-something life, when people are drifting between the optimism of their college days, to the more-present internal fears of not finding a true sense of success in today’s sketchy job market and prolonged period of adolescent tendencies. One thing about Frances Ha that truly usurps Dunham’s work (and it pains me to say it as I am a huge Girls fan) is that it features an instantly likable main character, whom you can easily root for, and laugh with. It’s possibly the first film of the ’10s that really speaks to the generation, and it’s also a testament of Baumbach and Gerwig’s supreme connection. Like it’s title character, Frances Ha is giddy, energetic, artful, and more complex than meets the eye. 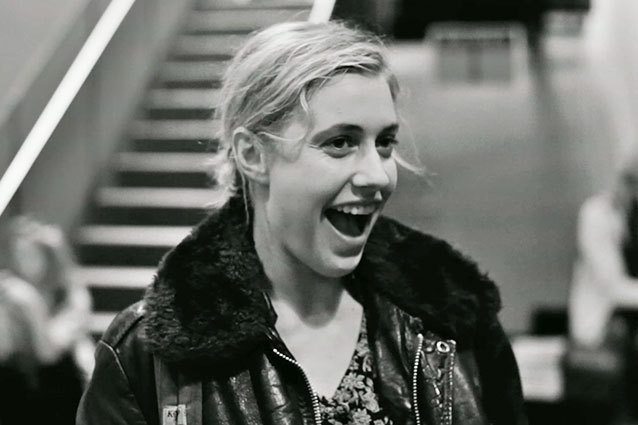