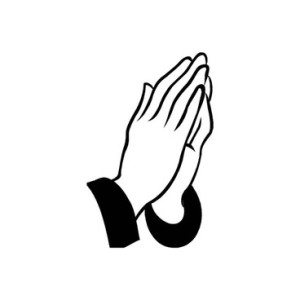 Throughout his career, Dean Blunt has specialized in crafting albums that offer musical experiences that lie far from the norm – yet are rooted in genres that are somewhat familiar and nostalgic. From being one half of Hype Williams to his plentiful amount of solo albums (one such being The Narcissist II, which draws a fine line between being a gem and a trash heap) DB has remained an enigmatic figure of the highest caliber. He has also presented himself as the ultimate prankster, as his methods often send fans scurrying on endless internet chases that end up being ultimately worthless as an insight to his work. This guy really doesn’t want us to know the deeper meaning behind his music – and as it turns out we really shouldn’t be concerned with such things. Even without the anonymity and hidden meanings (and with or without his partner in crime Inga Copeland) DB’s work has proved to be captivating in its own right. God knows this isn’t your everyman’s music, so if Blunt wants to go on creating an unknowable presence out of everything surrounding his music, than so be it.

Last year, when the confounding Black is Beautiful was released on Hyperdub, many saw it as a sort of breakthrough for the artist. However, if anything, the music presented on that release was even more confusing than what came before – and the brief interviews Dean Blunt and Inga Copeland gave didn’t help to clear up much of anything either. These last few releases from DB have shown him working at the height of his powers, where each song sounds like it’s own unique interpretation of a forgotten pop song, only reinterpreted through an experimental, even alien lens. It would be too easy, however, to describe this music with a term as simple as abstract, for it is deserving of much more analysis than that.

As it turns out, against all odds, The Redeemer is DB’s most accessible and human release to date – but not necessarily for the reasons you would expect. Keep in mind, there are still plenty of muddy textures, samples of breaking glass, and a whole lot of moaning and groaning from Dean himself – but the compositions here are often a perfect blend of acoustic and electronic instrumentation. The broadened orchestration complements DB’s damaged, always expressive vocals, which is impressive in its own right. On tracks such as “Flaxen”, which is carried by an elegiac harp, delicate piano and minimal horns, DB shows off his skills at arranging a multitude of complex sounds into one. Most surprising of the standouts however, is by far “Imperial Gold”, which is a finger-picked folk song featuring the assured and beautiful vocals of Joanne Robertson. There are also several orchestral vignettes that tie together the bigger pieces of the story. Each of the 19 tracks build upon an expanding instrumental palette to where the album comes off as something that is almost colorful.

It certainly carries more of an overarching theme than anything in his discography as well – with its themes of lost love it even begs to be called relatable at times. The album is riddled with answering machine messages, recurring characters, and ominous vocal samples that relate to a central plot. This is already being called DB’s breakup record, and he certainly does sound quite brokenhearted – especially on the piano piece “Brutal” where he comes off as a lonely drunk chronicling his sorrows at the local bar. Still, this is an artist who has never been honest before, so why is he suddenly starting now? Whether you read The Redeemer as a joke or an honest account is entirely up to you. Right now, however, we should just enjoy listening to it, because the sounds here should be able to hold us for some time.