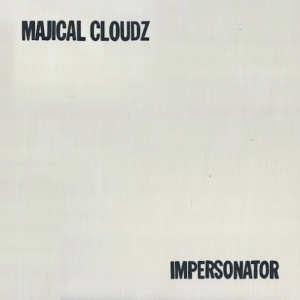 It’s funny that there has been near unanimous praise for Montreal based group Majical Cloudz’ live act, because earlier this year, when I saw them opening for Autre Ne Veut at an intimate Brooklyn venue, almost no one was paying attention. It’s sad too, because Majical Cloudz are doing something really different with the live experience. Upon arriving on stage, frontman Devon Welsh asked the audience to sit on the floor, and then he proceeded to walk amongst the audience while performing. Unfortunately, only about an eighth of the audience followed his order. The duo were clearly going for grand and original, but due to the audiences reluctance, the performance ended up being awkward over anything else. I wouldn’t normally mention something like this in a review, but it goes along with the fact that Majical Clouds make music that requires attention to enjoy.

I have to admit, I almost completely forgot about the group after that night. Then, a few weeks ago I began hearing about their 2nd LP Impersonator, and how Devon Welsh’s vocal performance was being considered one of the finest of the year. It’s true, for a vocalist who isn’t even classically trained, Welsh has a spot on baritone that proves unusually commanding and affecting. What’s more impressive is how he carries these songs almost entirely by himself. While he never goes entirely a capella, the music is composed of very minimal keyboard loops, and it even borders on being ambient at times. However, this simpleness helps to intensify the music, as our mind becomes focused on the subtleties, such as Welsh’s epic vocal changes, and the slight nuances in Matthew Otto’s keyboard programming. Most songs are only made out of four or five elements, and they each develop at a glacial pace. While at first you might think this album would be more entertaining if there was more of a beat drop, we eventually realize the build-up is the release, and although it is restrained, it proves to be as cathartic as any piece of music you’re likely to here this year.

The individual songs here are harder to make a statement about, because the album emits such a natural flow. Each song carries many of the same lyrical themes, and it is occasionally hard to distinguish when one ends and another begins. Although there certainly isn’t much in the way of variety, the conciseness actually benefits the album as it feels like a thorough exploration within a distinct sound. While lead single “Bug’s Don’t Buzz” was easy enough to ignore on its own, within the course of the album its effect is magnified, because the album eases us into its own mood of tranquility.

While these guys are part of a post Arcade-Fire Montreal indie scene that includes Grimes and Doldrums, Majical Cloudz isn’t nearly as “cool”, or even as fun, as either of those acts. In fact, many are going to dismiss this band for those exact reasons. While this certainly isn’t music you could listen to all the time – and you should under no circumstances play it at a party, this is a complete listening experience, and if you are in the right mood it can also be a perfect one.