You are here: Home / BREAKING NEWS / Album Review: The National – Trouble Will Find Me 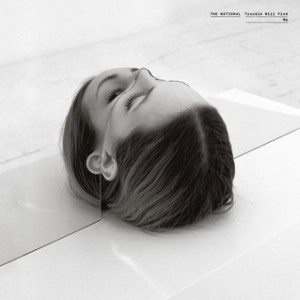 The National: Trouble Will Find Me

Brooklyn’s The National perfected their style, a brooding and quietly anthemic brand of indie rock, quite early on in their career (or around the time of their 3rd full length Alligator). But if so, why is it that every time they release a new album it is deemed their most definitive? It’s true that the National haven’t done anything radically new or different with their sound in some time, but with their stability of sound they have proved they are the rare band, along with Baltimore’s Beach House, that don’t need to reinvent themselves.

So although any words you might use to describe this music could also be used to describe any of their previous albums, on Trouble Will Find Me, The National manage to tweak their songwriting approach and production methods to keep things interesting. Throughout the 13 songs, we hear the band honing their nearly unrivaled professionalism in some (slightly) unexpected ways. Several of the songs, one such being early single “Sea of Love”, contain tricky time signatures while still containing the anthemic pulse that carries their best material. While this band has always employed a subdued sense of atmospherics, on “I Need My Girl”, they bring it to the forefront to make one of their most memorable and dreamy ballads.

As they’ve always been known for, the five piece implements some incredibly sleek subtlety to these songs that takes a few listens to rightfully sink in. “Humiliation”, which might be the highlight of the entire album, has a gorgeous arpeggiator buried in the mix, and on tracks like “Fireproof” the bass seems conspicuously absent, but then comes in like a dropping bomb after you begin to familiarize yourself with the song structure. These moments, which obviously take a whole lot of talent to pull off, are plentiful, and they never fail to impress — which is saying a lot for a band working firmly within a pop/rock framework.

The whole album is led by what is likely Matt Berninger’s best vocal performance to date. He is almost always in the front of the mix, so his provocative and often hilariously deadpan lyrics can be heard loud and clear. On “Pink Rabbits” he uses the phrase / I was a white girl in a crowd of white girls in the park/ , and / I was a television version of a person with a broken heart/ to display how he felt ordinary and unnoticed.  Best of all, on the rousing “Graceless”, he sings /God loves everybody, don’t remind me/ in a tone that is almost too cooly nonchalant to be true. While there are certainly comical moments, these songs contain the same sense of dreadful remorse that the band is known for, which is a good thing, because they certainly haven’t run out of entertaining ways of expressing it.

When everything is working together in unison, from the pounding drums, to the minimal but essential orchestration, to the piano and guitar melodies that give Sigur Ros a run for their money, this band is an unstoppable force. Ok, so maybe the album isn’t always as great as I am making it out to be – although it often is. The occasional low point occurs when the song is too vocal based (ex: “Skeletons”), or vice versa, too melody based. However, as a band – a complete entity where each member’s contribution is nothing short of essential, there are not many who can claim to be as exceptional as this one.