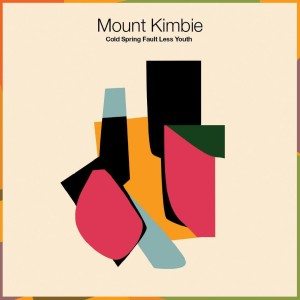 When Mount Kimbie debuted with their “Maybes” EP in 2009, they were the rare electronic duo who sounded like no one else; they were even distinct enough to spark the new term “post-dubstep” – and whether you like it or not, that term is still being used today. As ridiculous as that term may be, at the time it was especially fitting, as Mount Kimbie were making music that was aesthetically familiar to a large amount of “step” based music coming out of the UK at the time, yet undeniably ahead of most in terms of artistry. Being ahead of the curve has a lot to do with Mount Kimbie in a lot of respects, and in a way, I shouldn’t be reviewing this album until I have spent much more time with it. Looking back, I can remember being at first disappointed with Mount Kimbie’s seemingly modest first full length, “Crooks and Lovers” after being so blown away by their first two EP’s – only to realize how brilliant is was after revisiting it months later.

Cold Spring Fault Less Youth is the band’s second full length, and first for Warp Records. It sees the band undergoing a somewhat drastic change in approach, as it heavily incorporates live instrumentation and vocals on nearly every track. While many of the songs are still led by the duo’s brilliantly warm chord sequences and dramatic percussion, all in all this music stands apart from their previous material and offers a different feeling. This expanded sonic approach calls to mind another London group -one who also put out their debut album for Warp just earlier this year. Of course, I am speaking of the garage/dubstep duo turned experimental pop act Darkstar. The similarities between the two don’t stop there, and although this music isn’t quite as pop as “News From Nowhere”, it certainly travels similar terrain.

The one main difference is that on Cold Spring, the vocals are far less produced and even distanced from the listener, such as on the quite beautiful opener, “Home Recording”. Mount Kimbie’s own Kai Kampos sings on the majority of the tracks, and although his vocal melodies are nice enough, he really isn’t a naturally gifted singer, and it would have been interesting to see more production being used to enhance its effect. The exception are the two tracks that feature teenage rapper on the rise “King Krule”, which are both excellent representations of his unique voice, which is a deep gruel that goes back and forth from being deliciously sloppy to impressively controlled throughout the course of a track. If you can appreciate his vocal style, “You Took Your Time” and “Meter Pale Tone” offer some of the best moments on the album.

Now, on to the rest of the album. While Mount Kimbie has always specialized in short tracks — a trick they have used to leave the listener wanting more — the problem here is that far too many songs float on by without leaving much of an impression at all. It’s sure not from a lack of trying though, as the tracks here are excellently produced, and it couldn’t have been easy to make. The live instrumentation in particular sounds great, like the jazzy bass lines on the downtempo lounge excursion “So Many Times, So Many Ways”, and the fiery bongos on”Meter Pale Tone”. In the end, the album’s flaw might be that while it offers a varied amount of soundscapes, it never fully indulges in dance fare. Even on the centerpiece “Made To Stray”, which is at least twice as fast as anything else on the album, it’s still only 1/2 of a club banger. Also, despite the duo’s reluctance against long tracks, the 3:42 “Break Well” really should have gone on for a bit longer, as it branches into a quirky, steadfast groove before ending abruptly.

Then again, maybe I just haven’t been in the right mindset to fully appreciate this music. The 11 tracks here, while not catering to any of our obvious pleasures, are almost always interesting. The stage Mount Kimbie are in right now will likely go down as their “difficult” period. It’s even tempting to call Cold Spring a transitional stage for the duo, but in the end, this music is as fully formed as anything else the have put out, the difference is that it may not be as enjoyable.