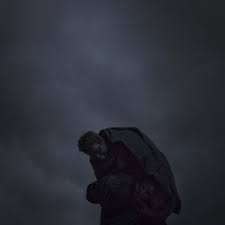 Despite being a small album on a small label, Cerulean, the debut album by Los Angeles native Will Wiesenfeld as Baths, contained some of the catchiest and most distinctive electronic pop music of 2010. Although his style incorporates elements from left field electronic genres and indie rock, at it’s core, this is essentially modern pop music — albeit a stranger, queerer version than most are used to. In fact, many of Wiesenfeld’s lyrics speak about his homosexuality and sexual turmoils, so it is tempting to lump this music in with Antony & the Johnson’s or Xiu Xiu — especially since Weisenfeld employs a vocal prowess similar to the former and embraces synth pop similarly to the latter. Still, something about this music (perhaps the vibrant ornamentation or childlike approach) seems ultimately more accessible than either of those artists’ work; thus pertaining to a world view larger than even Wiesenfeld probably imagined.

His second album for Anticon, titled Obsidian, is a much darker record than his first, both in lyrical content and production. More than half of the tracks contain a lyric (or two) about the speaker wanting to either kill himself or be killed. From the first 40 seconds of opener “Worsening”, it sounds like Wiesenfeld ditched his appealing childlike nature for gloomy goth; but soon enough, a glitchy LA beat comes in that brings us into a world that is (despite the subject matter) warm and inviting. Occasionally, on “Miasma Sky” or “No Eyes”, we even get something close to dance floor synth pop. Don’t get me wrong though, Obsidian is a more mature album than his first, but it is also a more daring one both instrumentally and vocally, and it acts as a continuation of his style rather than a reinvention.

Similar to James Blake’s amazing vocal turn on Overgrown, Wiesenfeld has gotten tremendously better as a vocalist for this release. His voice is often quivering with emotion at incredibly high octaves, and he pulls off the album’s central theme of agony while still sounding lovely and accessible. He is taking bold risks here — on tracks such as “Ironworks” and “Incompatible” he scales back the keyboards to engage us with more personal heartfelt matters that focus on his solo voice and piano. Even when he is merely humming or moaning, his voice carries these songs in a unique and beautiful way that keeps the listener on edge.

His singing and lyrics often lack an awareness and are direct to the point that you at first won’t know what to think of them — one such instance being the opening lyric to “Incompatible” /First boyfriend,You live in my house and we share a toilet seat/, or later in that song /Nurse this erection back to full health/. He has been receiving some mixed critical reception due to questionable lyrics such as these, but in the larger picture of the song, which chronicles a relationship devoid of emotion, they are revelatory and even quite poetic.

Musically, these songs are more complex than the ones on Cerulean, but they end up being just as catchy if not more so. Only occasionally do we come across a slight misstep, such as the not quite fitting piano snippets that break up the otherwise great “No Past Lives”. While there are a few other tracks that fail to stand out, Wiesenfeld is making leaps of faith here, and he hits the ground running more often than not. The excitement this album contains can largely be contributed to Wiesenfeld’s exquisite ear for melody and sound design — in the end, it’s what makes tracks like “No Eyes” stand apart from its comparisons to Nine Inch Nail’s “Closer”. When Obsidian is at it’s best, it’s an album that is as equally appropriate for getting pumped up before a party as it is for a quiet morning train ride.