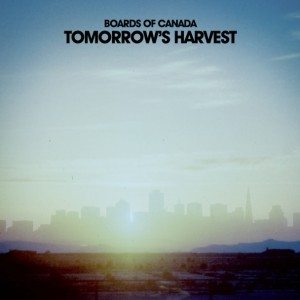 Technically, 2013 isn’t even half over yet, but regardless of what happens in the next six months, this is quite unmistakably the year of the comeback album. The bulk of this year’s “comeback albums” — which have ranged from being mediocre (Iggy and The Stooges’ Ready To Die), good (David Bowie’s The Next Day) great (Nick Cave’s Push the Sky Away and Daft Punk’s Random Access Memories), to superb (My Bloody Valentine’s M B V and arguably The Knife’s Shaking the Habitual) have all been easy to overrate simply because they are clearly not bad. Also, it has been surprising to find out that after so many years of absence, these artists still have the creative juices flowing through their worn veins. Many fans have even gone to the lengths of saying that these “comeback albums” represent some the best music of the artists’ careers. While you shouldn’t mistake me for saying the contrary, I think we should all give these albums some time to settle before declaring them masterpieces equal to their predecessors.

The seven years since Boards of Canada’s last EP have been achingly quiet ones for the Scottish pioneers. When news began surfacing that the group was releasing their fourth album, fans were ecstatic, as the duo’s hiatus had left an irreplaceable gap in the world of electronica. After a mysterious coded message marketing campaign that gave Daft Punk a run for their money (kind of), we finally have the new Boards of Canada album. As expected, this is an album that is destined to be everything we want, yet not enough of it.

Tomorrow’s Harvest is a double album, but it’s considerably shorter than both Music Has the Right to Children and Geogaddi. Compared to BoC’s last full lengthThe Campfire Headphase, TH is more cinematic, more apocalyptic, and much darker overall. Although nothing here is as creepy as “Beware the Friendly Stranger”, here BoC have regressed inward and made an album that oozes woe. If anything, the duo’s thematic traits have become clearer and more pronounced since their time off — which makes this the most BoC sounding BoC album yet!

Michael Sandison and Marcus Eoin have stated this album was inspired by 70’s and 80’s film scores of the John Carpenter variety, and on dark ambient tracks like “Uritual” and “Sundown”, the album truly plays like a soundtrack to a moody sci-fi movie. However, TH is also more engaging that your average film score, and it succeeds as a full listening experience unlike Broadcast’s Berberian Sound Studio (which to be fair, was the score to an actual film). Also, the tracks that are solely ambient are few and far between, which prevents this from being something like Brian Eno’s underwhelming Music For Films. Instead, BoD have created an album full of tracks that are intricately layered and often downright busy — even when a 4-5 minute track is based off of a single repeating motif, it never feels repetitive.

Pretty much, this album is showing BoC do what they do best. Although BoC have changed in slight ways, part of what makes this album so appealing is that they haven’t changed much at all. If you are one of the few people who never liked BoC in the past, then there is no reason for you to try listening to them now; for everyone else, this is a reminder that Boards are king of downtempo electronica.

Like their previous successes, many of the standout moments here are the tracks where we see the duo working within genres. “Split Your Infinitives” and “Come to Dust” both carry strains of techno beneath the group’s ominous keyboard fragments, and “Transmissiones Ferox” is even close to being dub. The few cases where vocal samples come into play, the voice sounds gnarled and ancient — completely unrecognizable as human. Not all of TH is dark though, “Nothing is Real” stands out as having one of the brighter, more optimistic melodies on the album. It also helps that the lengthier tracks, such as the pivotal “Jacquard Causeway” and “New Seeds”, carry a relieved sense of levity with them.

They played it safe here, there’s no real denying that — even the tricky humor found on the group’s early releases is traceless here. Still, TH isn’t a late in career money making scheme from two unimaginative blokes. Like I said, you’re not likely to be disappointed by this music, even if it doesn’t reach the heights of the group’s first two masterpieces, BoC are working at a much higher degree than most electronic acts that peaked in the 90’s. In a way, this shouldn’t be compared to Music has the Right to Children and Geogaddi, because those were albums that really changed the game in electronic music. On TH, BoC prove they are still way better at the game than most, and that’s certainly enough for me.