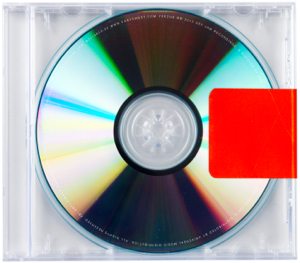 Who the fuck is Kanye West? At this point one would think we’d have truly pinned down who the man is, as he shone so brightly when his debut album came out nearly a decade ago. The College Dropout was heralded as the breath of fresh air that hip-hop needed, and Kanye’s non-gangsta lyrics proved so successful that record company executives finally decided to look out for rappers who talked about more than guns and drugs.  What’s more, while Kanye was by all means a good rapper, his true talent was in producing, and many music critics alleged that Kanye bridged the gap between hip-hop music, and 80s pop-stars like Michael Jackson and Prince. While his accolades were nothing short of flourishing at first, Kanye’s status as hip-hop’s do-gooder was quickly removed when he showed he was even more confrontational and boastful than most gangsta rappers, which tarnished his reputation for some. West garnered so much media attention over the years for his cocky antics, that it became common to associate the man as hip-hop’s biggest douche bag rather than it’s savior. Fortunately though, Kanye seems to be fully aware of the enigma that is his public image, as his latest record, Yeezus, seems to want to blur himself even more, with music that is confounding, puzzling and also quite possibly his most satisfying.

Yeezus is an album that will flabbergast many people who think they’ve got Kanye figured out by now. While it isn’t without the soul and R+B samples that permeated his earlier works (particularly on the excellent closing track Bound 2), we also find West mining all sorts of other alternative genres. With it’s droning sound scapes and unpredictable bursts into instrumental sections, it would appear that dancehall, trip-hop and Chicago drill were all influences on the album, but even that isn’t a fair summary of what this album entails. If anything, Yeezus feels something like a modern hip-hopper’s take on electronic music from the 70s, and groups like Suicide and Throbbing Gristle most immediately come to mind. It’s a particularly ballsy direction for an uber-popular mainstream rapper to take, but those that have followed Kanye’s career from the start should surmise that he’s gone down a very logical path. As easly as 2007’s Graduation, West has said he wanted to make a really futuristic sound, and I feel that he had not really achieved that goal on that album, or on his auto-tune excursion 808s and Heartbreaks. On Yeezus, however, he finally has managed to make a record that sounds like next-level shit, while retaining everything we loved about him as well.

It’s a party album for sure, with every track being a bona-fide club banger. The album immediately hits the listener with On Sight, a sonic heavy aggro-industrial two-minutes that really sets the tone for the album, which is then exploded on the listener in the second track, Black Skinhead. Here we see Kanye come his closest towards doing a Trent Reznor impression, with him practically screaming his lyrics at a relentless pace, all while done over a heavy industrial beat. Kanye is just as boastful as ever, but he has the clever wordplay to back it up, and make you really realize how complex his personality really is. On the pulsing I Am a God, Kanye calls himself “the only rapper compared to Michael”, which seems to be an attempt to justify both his braggart attitude and his sense for experimentation. Also, it’s pretty much a sure-thing that Send it Up is gonna be getting plenty of airplay in the club this summer.

Of course, the album isn’t all about Kanye defending his throne, and Yeezus actually has some of the rapper’s most provocative songs to date. Kanye is certainly talking about love problems again here on tracks like Bound 2 and Blood on the Leaves, but of even more immediate note is how sexual this album is. I’m in It finds Kanye inciting filthy rhymes over an intense beat, but all done with the necessary sense of humor to make it fun. It’s almost impossible not to laugh at Kanye use a line like, “eating Asian pussy, all I need was sweet and sour sauce” all whilst your ear-drum is getting bombarded by the pummeling bass. The album’s true lyrical stand out, however, is the breathtaking New Slaves. Here Kanye assesses the current state of black people in America, and makes it clear that he still thinks that his people are down-trodden, due to media over-saturation and biased corporate holdings. Kanye’s claim that he’d “rather be a dick than a swallower” instantly resonates with everything he’s done throughout his career, especially once you realize he’s always been such a socially conscious rapper amidst all his talk of champagne and rolexes.

While yes, this is very much Kanye’s vision, there’s also no doubt that the help that he’s enlisted to created this album is very instrumental to its success as well. Enlisting the likes of Daft Punk certainly helped, as they’re a group that Kanye had previously sampled for his single Stronger, and their EMD prowess works naturally with what Kanye’s trying to do here. Guest vocalists are kept to a minimum (it is called Yeezus after all), but the select few that are here are all excellent. Bon Iver shows up on several of the tracks, showing that he is one of the few mainstream musicians that can have his vocals transcend to just about any genre, and he does give some much needed emotional weight to Hold My Liquor. Lastly, praise must also be giving to music maestro Rick Rubin. Mere weeks before the release of the album, West had asked the producer to skim the album down a bit and give it a minimalist edge.

Besides the blatantly different sense of musicianship Kanye has used for this album, there is one other thing about Yeezus that makes it so radically different than other contemporary hip-hop albums: it’s short. At ten tracks with no skits, the album flies by at a compact 40 minutes, which might annoy rap fans that want more songs for their buck…fuck those people. Kanye has made an album with no filler what so ever, and it must be tighter and more tonally even than at least 98% of all recent hip-hop albums. So yes, Yeezus is yet another fantastic album from Mr. West, and hopefully it will prove as influential towards hip-hop, as West’s earlier efforts proved to be. We’ll have to wait and see if this album will act as a forebear for Kanye’s future work, or as just a singular vision in his discography, but with the rapper having recently become a father, I for one am really intrigued to see where he thematically goes next.