You are here: Home / ENTERTAINMENT / Pacific Rim: To Fight Monsters… 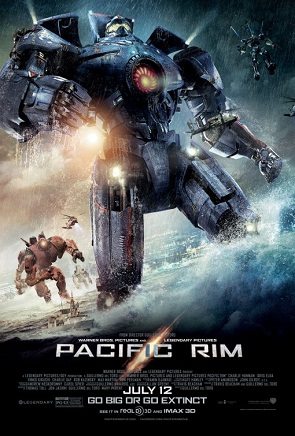 Guillermo del Toro has been so busy as a producer the last few years, with films like The Orphanage, Mama and Splice all carrying his name, it actually might surprise some to hear that Pacific Rim is his first directorial effort in five years. It’s actually been a fairly rough few years for the film maker, with plenty of his time and energy being put to two high-profile projects that never materialized. He was attached to direct The Hobbit, but pulled out due to frustration over the film’s repeated delays. After this, producer James Cameron said he would back him up for his dream project, an adaptation of H.P. Lovecraft’s At the Mountains of Madness, but unfortunately Universal backed out when Del Toro insisted the $150 million film would need an R-rating. Immediately after receiving this news, however, Del Toro switched his attention to another project. He had been planning to produce and co-write a film called Pacific Rim, but now that time allowed it, he decided that he would direct the picture as well. Now, two years later, Pacific Rim has finally arrived in theaters, and nerds the world over are soon to be rejoicing (I.E. Kanye West has already called it one of his favorite films of all time), even if this movie acts as more a playful diversion in his filmography, than as his next masterpiece.

The film’s plot involves…ah who gives a hoot. All you need to know is that the film is set in a future where giant monsters from another universe are attacking Earth, and mankind has made giant robots to battle them. The script itself doesn’t seem so interested in the plot, with most of the exposition being spelled out for us within the first 10 minutes, and the endgame for the characters isn’t much more complex than destroying the riff that connects the monsters to our world. What the film is interested in, however, is mimicking a teenagers conception of what would be the most totally awesome movie ever! In that case, the film is a true marvel amidst 2013’s other big-budget actioners.

While Del Toro has said that the film is very much inspired by Asian giant monster movies, I just couldn’t stop thinking about how much Pacific Rim felt like a live-action anime. I grew up watching mecha anime such as Mobile Suit Gundam and Neon Genesis Evangelion, and the film really sparked a sense of nostalgia in me. Just like those aforementioned series, Pacific Rim has an out-there premise, a cyper-punk-esque world, exaggerated characters, and (my favorite inclusion) technology that is so silly that it fits perfectly into the aesthetic. The robots in the movie are piloted by two humans that perform a system link so that their memories and conscious can be shared with each other, thus leading to many a flashback sequence. It’s utterly preposterous, yet at the same time you just can’t help but say, “well that’s a cool idea!” 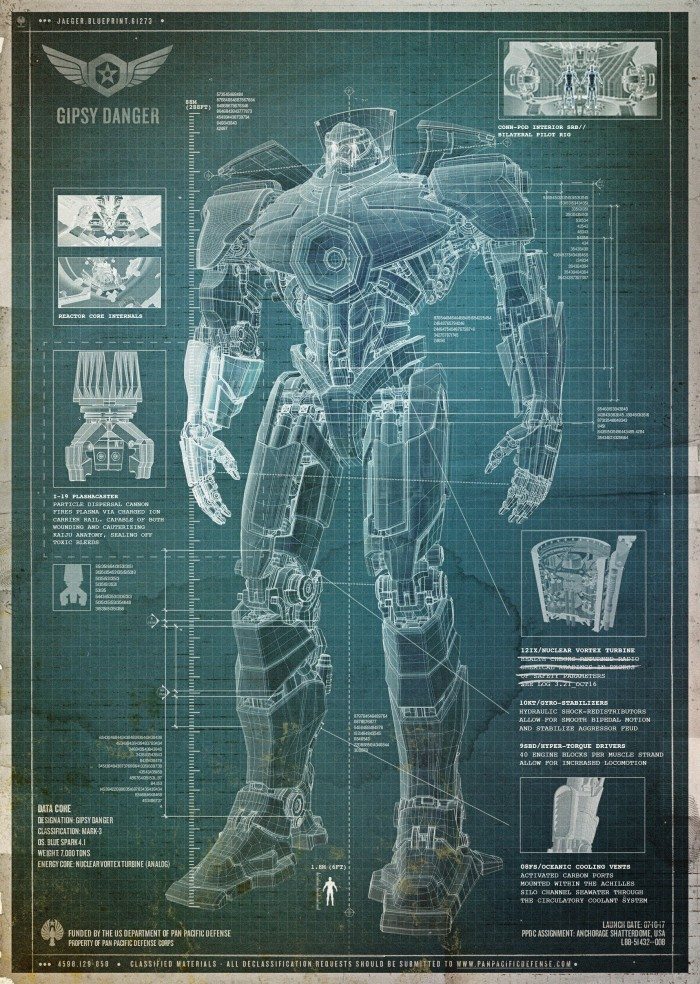 Thing is, in lesser hands this movie could have easily been a Michael Bay knock-off, but Del Toro manages to make it entertaining. Anyone whose seen del Toro’s previous films (Hellboy I + II in particular), will tell you that the director has such a gift for creating monsters. The creatures in Pacific Rim continue this trend, with their weird designs, and fascinating movements that makes you realize that CGI is capable of yielding beautiful imagery. The action scenes are all well thought out, even if sometimes del Toro’s artistic sensibilities clash with what the intended audience really wants to see (I.E. more pummeling, less attempts to flourish scenes through rendering water), and the world is also very realized. Catering to the style of both western and eastern cultures, the film’s settings are enough to call it a potent homage.

Also, Del Toro wisely cast this movie, with some really appealing turns from a few of the actors. Charlie Hunnam (Sons of Anarchy) certainly doesn’t do much more than play the traditional tough-protagonist with a heart of gold archetype, but his good looks and physique certainly fit the part. Idris Alba also continues to show he has a real screen presence, and I wouldn’t be surprised if people started calling him the British Samuel L. Jackson. The film’s two stand outs, however, are Always Sunny in Philadelphia’s Charlie Day, and del Toro regular Ron Pearlman. Day is in great comic form as a geeky scientist, and Ron Pearlman once again shows he’s such a valuable character actor in today’s cinema, and it’s a real treat to see him play another mobster-type here. I honestly would have liked to seen more of them in the film, as it’s obvious that they wanted the two characters to have an engaging dynamic with one another.

Pacific Rim certainly is a testament to the fact that Guillermo del Toro is a great film maker and visual stylist, but it’s also not a great movie. In interviews Guillermo del Toro had said that he wanted to make an “airy and lighthearted film” that would be in direct contrast to other summer movies that were more overtly dark. Well, it’s certainly light-hearted, but it’s a stretch to call a movie with this many explosions as airy. Also, the film kind of sucks in terms of emotional scenes, and Charlie Hunnam and Rinko Kikuchi never really have much chemistry established. It might be a result of the film’s intentionally campy nature, but it’s easy to see the characters in this film as little more than plot devices.

That said, Pacific Rim is a solid summer movie, and hopefully it’s exactly what del Toro needs to get back on track to directing films like Pan’s Labyrinth again. Over the years, the director has spoken about numerous projects he’s been interested in helming, from new adaptations of Frankenstein and Slaughter House Five, to original stories (Crimson Peak), to sequels to his own work (Ron Pearlman has been insisting that they make another Hellboy movie). Whatever del Toro does next, however, here’s knowing that it will be another fascinating spectacle from a man who works arthouse cinema and effects-laden commercial films like they’re two sides of the same brain lobe. 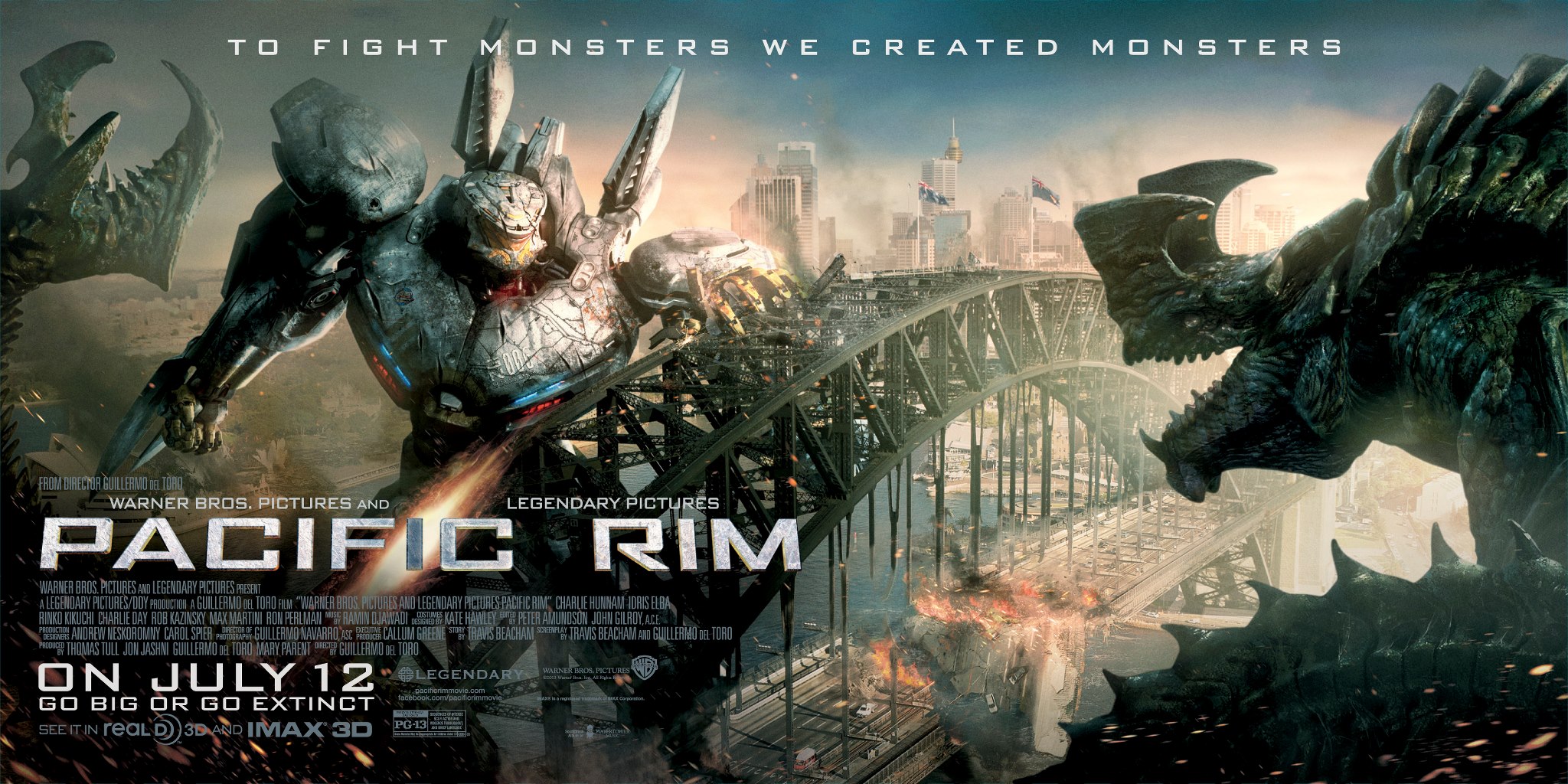