You are here: Home / ENTERTAINMENT / Album Review: Airhead – For Years 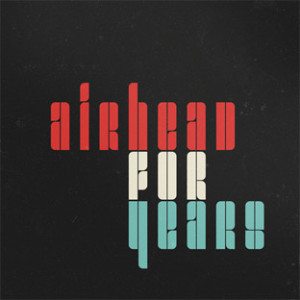 There’s no real recipe for creating great music — things that work well for some artists don’t work at all for others, and that extra oomph that makes music tick tends to just come from something within the artist’s blood. However, in 2013, if there is some kind of trick to get an artists’ career rolling, it’s through the use of restraint. Of course, it isn’t as easy as it sounds, because knowing when to hold back and when to release is where the true talent lies. Probably the best example (within recent memory) that proved the powers of well harnessed restraint would be Nicolas Jaar’s 5 hour interdisciplinary performance at MoMa PS1. Through the holy-fuck-this-is-long running time, he only reached a handful of climactic phases, but due to his skill at building tension, the music never failed to entice — surprisingly, my worn legs never managed to fail out on me either. Using this “restraint” has become especially important for virtuosic musicians such as Nicolas Jaar or James Blake, because when they aren’t showing off, we have time to focus on other facets of their music, like their brilliant use of sound design and production techniques — when they finally do let loose as the climax arrives, the likelihood that we will be blown away is magnified tenfold.

Rob Mcandrews, AKA Airhead, is the long time collaborator and touring guitarist of James Blake, and the two have worked together for years now, starting with the “Pembroke” single released in early 2010. Before now, Mcandrews had only released a handful of singles, most notably the Karen O sampling “Wait” and the more beat driven “Pyramid Lake”, both of which are featured here. Due to his steady relationship with Blake, and his undeniably similar musical style (excepting vocals), you would imagine that his debut full length would mine similar territory: albeit of a more guitar inclined variation. While that is true in some respects, For Years is far from being 10 repeats of “Lindisfarne” (one of the two artists’ most notable collaborations). The ten tracks here are actually rather diverse, as we hear lovely acoustic guitar, off kilter vocals, big beat breakdowns, robot symphonies, and an array of ambient wash. Mcandrews manages to sound similar to his peers without quite being a rehash of them, and it is why For Years is an almost instantly likable collection of tunes.

The first thing you’ll notice about the album is how well made the tracks are. Each one almost feels like a distinct single; which in fact turns out to be both a positive and negative when you look at the album as a whole. While the beats are often big and luxurious, and the effects crackle and fizz with the necessary depth, there isn’t much holding this album together as a unified piece (possibly the idiosyncrasies of the sampling?). Secondly, while several of the tracks do contain the aspect of controlled restraint that I lauded earlier in this review, the concept doesn’t reach across tracks to build any kind of album climax. While “Fault Line” and the previously released “Pyramid Lake” do attempt to heighten our sense of ecstacy by being bolder and more quickly paced than the rest of the bunch, overall they fail because they don’t sound like a continuation off of the previous tracks. This lack of a proper beginning, middle or end left me occasionally feeling lost while listening to the album, and I often had to reassert myself into the music rather than be whisked away by it. Some albums can work by simply being a track for track compilation of an artists’ work, but with this kind of organic sounding electronic music something feels missing from the complete package.

A lot of what makes music successful is the point it is released in time. This year we have seen releases from both James Blake and Mount Kimbie — the two acts most closely related to Airhead in terms of sound. Although this music isn’t dull, it doesn’t stand out like it would have if it was released a few years back, and Infuriatingly enough, some of these tracks, such as “Wait”, have supposedly been entirely finished since 2009, so it really is unfortunate that it took so damn long for this album to come out. One can imagine that hearing this music even a year ago (a year that was quite devoid of downtempo electronic music) would have left a more ingrained impression. Airhead doesn’t seem to care about his pacing issues though; he seems quite content being indefinitely compared to James Blake as long as he gets to release his own material every once in a while. On For Years he proves that he is an intelligent producer capable of tackling various moods and styles, it’s just too bad his contemporaries have proved that twice over already.