You are here: Home / ENTERTAINMENT / Only God Forgives: Unforgivable? 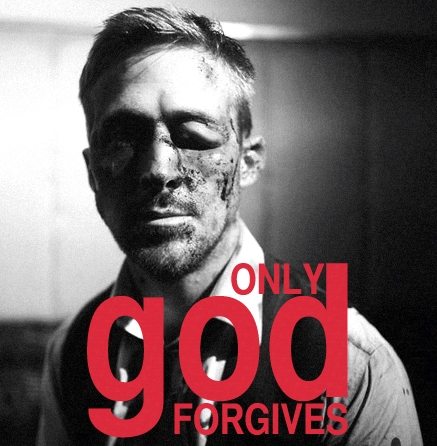 Drive was a great film, but why exactly was that the case? The 2011 crime movie (intrinsically directed by Nicholas Winding Refn and starring Ryan Gosling), was a loose adaptation of a recent crime novel, with a script that was often conventional and predictable, and included plenty of showy violent scenes that could be considered pretentious and/or shlocky, yet the movie went on to be a critical favorite and gather an instant cult follow. The key to the film’s artistic success was that it realized it was pulp fiction, but Refn injected more European arthouse sensibilities to it that actually did accentuate the film’s language. Also, he happened to pull together a dream team of actors for the film, as well as received a soundtrack to the film that was both modern and subversively retro, and what’s more, beneath all it’s violence and viscera, Drive was a thinking man’s love story. All these elements pulled together to make the film a brilliant piece of pop-art, and fans certainly became intrigued when Gosling and Refn announced that they would be re-teaming on another project: Only God Forgives. Two years later, that very film premiered at Cannes Film Festival, the same festival that had awarded Refn the best director accolade for Drive…and it was booed and met with harsh reviews. It’s easy to see why, as Only God Forgives is not to the same level of Drive, nor is it really a good movie for that matter. Still, the most maddening aspect about the film is that  it had all the elements present for it to truly have been something special: the best film that Refn or Gosling have done to date.

Set and filmed in Bangkok, the movie centers around Julian (Ryan Gosling), an American gangster who runs a boxing club/drug operation in the city’s underbelly. Despite his role as the protagonist, however, very little of the movie’s story is driven by Julian’s actions. The movie’s conflict is actually sparked by Julian’s brother Billy (Tom Burke), who rapes and kills a young teenage girl for unknown reasons, who is in turn executed by  Lt. Chang (Vithaya Pansringarm), a police officer with a particularly strange code of justice, and appears to run a sect of the city’s police force that is outside of lawful jurisdiction. The death of Billy brings Julian’s mother (Kristen Scott Thomas) to Thailand. who hopes to invoke revenge on her favorite son…which of course leads to more violence, torture and what have you.

Only God Forgives is unmistakeably the product of a cine-phile, as it has numerous allusions to films from varying genres within it. Many critics have likened the film to the work of David Lynch, due to it’s heavy surrealism, haunting use of lighting, stilted acting and bizarre visual cues (there’s a reoccurring karaoke motif in the film that seems like a nod to Blue Velvet). The film also bears a strong surface resemblance to Asian films such as Audition and Oldboy, due to it’s setting, fight choreography, and grisly scenes of violence. Most ostensibly though, Only God Forgives  appears to be Refn’s attempt at channeling films that really seek to shatter the boundaries of genre and mood. During the credits it’s said that the film is dedicated to film makers Gaspar Noe, and Alejandro Jodorowsky, which definitely makes sense, especially in regards to the former. Like the work of that controversial French director (Irreversible, Enter the Void), the film is an artfully rendered spectacle of decadence, with little interest in making clear-cut themes or telling a conventional storyline. Also, like a Gaspar Noe film, the film is inherently flawed and unappealing, despite the hard work that went into the voluptuous craft.

First the good though. It’s a brilliantly shot film with an engaging soundtrack and visual scape, but the most remarkable (or damning?) thing about Only God Forgives is it’s tone. The film has a really other-worldly feel to it that is best described as hellish, and it works best within the film’s first 20 minutes. The film opens up to Julian walking out of a shadowed hallway and into a bright red gymnasium that’s holding a Thai boxing match. The scene has some rather beautiful camera work from cinematographer Larry Smith, who helped shoot Stanley Kubrick’s Eyes Wide Shut as well, including an overhead shot of the match that seems to suggest that we’re about to witness some really brutal shit. That we certainly do, but the film actually works best as a mood piece as opposed to the film’s more violent sequences. Perhaps the most focused scene in the whole movie comes in an early scene where Julian watches a prostitute masturbate, and it’s about as ethereal as a scene like that could possibly be. Refn had stated that this movie was envisioned as a “nightmare” version of Drive, which is absolutely commendable, but the movie is trying to do more than just be a mood piece and there-in lies the Achilles heel. 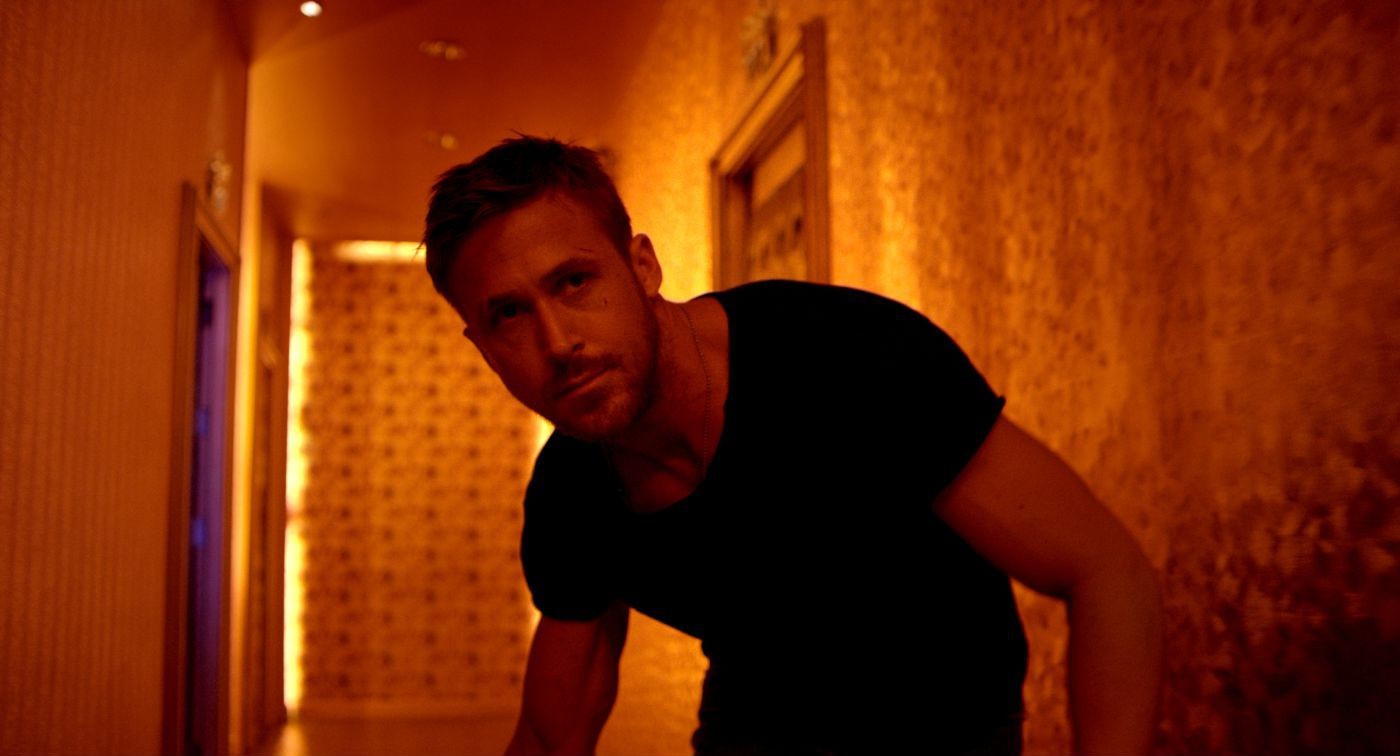 Only God Forgives has some of the most experimental use of storytelling and subtext that I’ve seen in a recent film, and it doesn’t pay-off. Scenes will often go on for a very long time with very little happening, and the actions his characters take are often inexplicable. I’m sure many people were wondering where Refn would go in terms of violence for this film, but while viscerally the film is bloody, viewers may feel that they’re watching something painless overall. The characters are all rendered as being stoic or even soulless, and there are numerous scenes where the victims will accept their fates almost willingly. With so little substantial characterization in the film, Only God Forgives leaves us scratching our heads in determining why these characters are motivated as such, or why we should care about their gruesome deaths. Why would you call such a movie Only God Forgives, then? Drive was a film that mystified us with complex character relations through it’s familiar yet dream-like neo-noir aesthetic, and then made us gasp at it’s graphic scenes of violence. Only God Forgives is a film that can only really elicit us to say, “huh?”

Also, one has to ask why Refn hired a cast of such talented actors to star in a film where the characters are little more than inhuman tools. Ryan Gosling shows virtually no emotion throughout the film, speaks less than a dozen sentences, and doesn’t do a whole lot besides get the shit kicked out of him. You can pretty much blame Drive for transforming Ryan Gosling from the guy from The Notebook into a heralded leading-man actor (and an internet meme obsession), but he feels miscast in this movie as he’s playing a character who is essentially a weakling. Vithaya Pansringarm is more well suited for his role, as he performs his own fighting and singing in the movie, but when it comes to acting he also is mostly a blank. Kristen Scott Thomas gives the most memorable performance, but mainly as her character is so trashy. It appears like Only God Forgives is trying to say something about bad parenting, with Julian’s mother being portrayed as a foul-mouthed bitch, who domineers her son as much as she mercilessly ridicules him (I’m talking dick jabs, here), but this idea is not developed upon nearly as much as it should. The film’s end contains a scene that seems to symbolize Julian’s violence is connected to his birthright, but it comes off more as a cool image that was unearned.

One positive thing that can be said about Only God Forgives is that it’s not a film experience you will forget anytime soon. Days after I’ve seen it, I still have been returning my thoughts to it, and have been trying to assess what Refn could have been aiming for it. Alas, more often than not I find myself grasping on air, but it speaks to what a unique viewing experience Only God Forgives is: It’s a weak film that is both fascinating and fully memorable. I for one would love to see a film that uses a similar tone as this one, but doesn’t forsake it for characters, plot or meaning. With Nicholas Winding Refn expressing that he has interest in doing a horror film (with an all female cast no less), I’m hoping that next time he’ll craft us a more perfect nightmare. 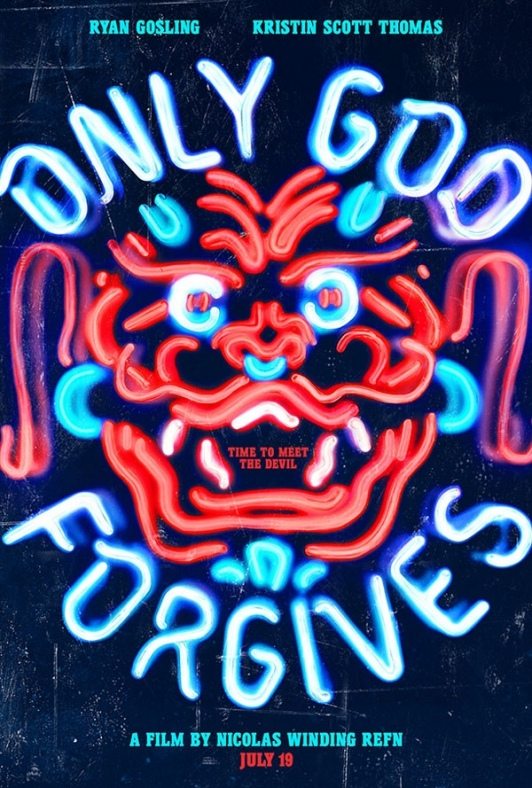