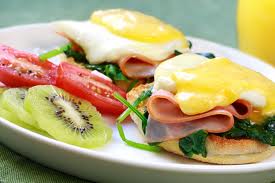 Some of you who know me know that I have strong opinions on things. And since I’ve been writing, it turns out that I can express those opinions of things!! So, this column was born! Before we begin, let’s have a warning. This series of articles is meant to be taken in a jovial manner. No really. I don’t think these things should be abolished, and yes, they are first world problems, and no, these things aren’t really hurting me. However, I have to write about something, and Game of Thrones is at least six months away, so there.

Anyway, we’re kicking off with brunch. That sound you heard was everyone I know having a gay-gasp. Yes, I’ve come to dislike brunch, despite the fact that I like many of its parts. Breakfast foods served past 10:30? Check. Mimosas and other creative cocktails? Check. Hanging out with friends? Check. So, why is this eating at my craw?

First of all, it’s the time frame. Brunch usually requires coordinating 2-6+ people who are either hung over, still drunk and probably sleep deprived, and getting them to one spot. Doing this sober is usually a task, with a whole bunch of “Oh, I hate that place” and “That place is too pricey” and “I’m on a gluten free/low carb/vegan diet” nonsense. Add in to this the fact that everyone is going to be ornery and grumpy and hungry. Which isn’t going to let up any time soon, because YOU might have gotten up at 9 or 10, but you still have to wait for that one person to get up at noon or one and then take a 45 minute shower and 30 minutes getting dressed. Meanwhile, you’ve been starving and going into low blood sugar land, and have been debating if you should swing by Dunkin Donuts to grab a bagel, a process which can take up to three hours, since you just sent a text to a friend and they’re just going to take a quick shower, and you don’t want to spoil your appetite, despite the fact that you know that said friend takes quick showers that last an hour.

So, you’ve gotten your group of folks to agree on a time and place. GREAT. You show up. Of course, the place has a 45 minute wait, and two of your friends are late, and the place refuses to seat incomplete parties. So, you have to decide going here, or walking down the block to another place, that doesn’t have unlimited mimosa. As you’ve decided to go somewhere else, your friend finally shows up, and your name is called. YAY!

This brings me to my second item, the price point. Oh look, it’s 12 to 16 dollars for an omelet made of eggs, feta cheese and tomatoes! You can get unlimited mimosas for nine dollars!! Really folks? This is ok? I get there there’s a mark-up and a labor charge when it comes to these things, but have you ever bought all of those items at a store? You could spend that same 16-25 bucks, buy all those items and feed four people the same meal. Yes, I get that we’re paying for the convenience but after a certain point, it seems like we’re just being fleeced.

So, why do we put ourselves through this nonsense? I have no idea. Usually, on a Sunday, if I feel like going out, I take a book to a diner before the Church Crowds get out, and enjoy my eggs, coffee, and trashy fantasy novels in peace. I don’t have to wait for a table. I’m not around day drunk/hung over people who can’t decide on anything. My food comes out in a reasonable amount of time, and it isn’t overpriced. After that, I can actually deal with people and not want to strangle them. I have yet to attend a brunch that doesn’t get me riled up.