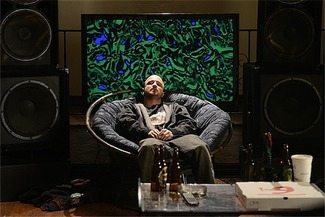 So Hank just got an inkling that Walt is Heisenberg, and he already tried to bust his fucking skull.

That’s what I love about Breaking Bad so much. It always manages to subvert our expectations, while also playing it logically and staying within the show’s very distinct nature. Gilligan has said before that “once you tip  your deck you have to show it.” This serves as the reasoning as to why some revelations on the show have come fairly quickly where other shows would drag them on for perhaps seasons. For example, by season 3 the writers decided Skyler should become aware of Walt’s secret life, which has certainly worked wonders for the show’s direction (even if her character hasn’t exactly become a fan-favorite). Now here we are where we have a face-to-face confrontation between Hank and Walt only one episode after Hank’s shocking reveal, but if you think about it, it’s been a long time coming. Walt’s crimes have been under Hank’s nose the whole time, not to mention it’s been a whole year since we the audience have seen the last episode’s shocking cliff-hanger. In a way, Vince Gilligan was very kind to us patient viewers by letting us catch a glimpse at the long gestating Walt Vs. Hank arc.

Aside from that pivotal scene, however, Bloodmoney acted as a great re-entry point for Breaking Bad’s final season, and once again it began with a flash-forward. Last year’s season premiere started off with a flash-forward in which we see that Walt had changed his identity and purchased some rather heavy artillery for unknown reasons, but now we’ve seen a bit more of what’s to come. This premiere does indeed begin with another flash-forward scene, with Walt returning to his old house which has now been vacated, and left in shambles. We see a group of teenagers skateboarding on his drained pool, and even more damning is a graffiti mark in his former living room that reads Heisenberg. We now know that Walt is going to be revealed to the public as a drug dealer, and perhaps even become a living urban legend. Of course, the real kicker is when we find the reason Walt has returned to his abandoned home. In pure Breaking Bad form, we discover that Walt is here to reclaim the vial of ricin that he hid here back at the beginning of the season. Whatever the reasoning for Walt’s doing this, we know that everything is coming full circle, and that there will be no loose threads hanging.

Returning to the present, however, we find that Walt seems to be doing fairly well with his ordinary life. He’s opened the car wash that he and Skyler have been talking about, and we see that he’s become a family man again (albeit it’s very possibly just a guise for him at this point). Still, Walt’s past is never far behind. Lydia, the cowardly woman who helped Walt commit a brutal prison slaughter-fest last season, has come back and is demanding Walt’s help again. It’s clear to me that this woman is intended to be the proverbial monkey wrench for Walt’s plans, and there’s no question that she’s going to be the sole reason that everything fucks up.

Then, of course, there is Jesse Pinkman. We first see the character hanging out with a few of his stoned-out buddies, who supply a bit of levity for us. His friends are talking about an absurd script idea for an episode of Star Trek, but Jesse’s mannerisms let us know that he isn’t in the mood for such bafoonery right now. He goes to Saul and ask that the millions of dollars that Walt left him be sent to the parents of a boy they killed, as well as the granddaughter of Mike Ehrmantraut. Of course, when Walt hears about this he immediately goes to Jesse and asks him to put such a thought behind him, knowing that this money links them to their crimes. Walt once again shows how casually dishonest he’s become, as he tells Jesse that Mike is still fine even though he is his murderer. Jesse however, finally seems to be catching onto Walt’s lies, as he tells Walt that he feels Mike must be dead, and he thinks that he knows it.

More so than any other character on the show, Jesse has really gone through the most pain and soulful torment. He’s in direct contrast to Walt who has grown power-hungry and merciless, Jesse feels like shit about all the death and destruction their drug dealing ventures have caused. He has become the show’s most sympathetic character. Jesse does something really unexpected later on in the episode, as he drives around town throwing stacks of money out onto the street. It kind of acts as a parallel to Walt’s attempt at morality back in season 3 when he contemplated burning his money after the plane crash he caused. The difference here though, is that Jesse was actually able to give his money away, and perhaps it suggests that the character might achieve redemption before the final credits roll.

Getting back to the Walt and Hank scene though, it really was the perfect way to tie up this extremely successful premiere episode. It shows that both of these characters (whom we know so well at this point) are both onto each other. Walt’s not so thinly veiled threat to Hank (“If you don’t know who I am, then maybe your best course would be to tread lightly”), is the ideal set up for the chess game these two characters are about to play with each other. Walt certainly feels almighty after killing several drug game big-shots, and then being able to “leave” the game physically unscathed. Of course, through the episode’s haunting flash forward, we know that Walt is about to be outed in at least several ways. Next week’s episode can’t come soon enough!

Episode Rating: 4.5 Bags of Blue Crystal out of 5