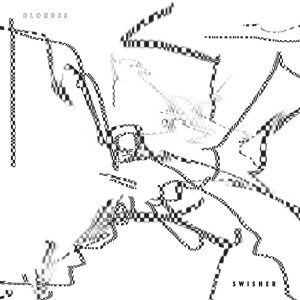 It might seem at first that NYC’s Blondes are just your standard, moderately talented electronic duo with an absurdly google-proofed name — it also doesn’t help that they bear the unfortunate and misleading tag of being “Hipster House” — however, they happened to prove that they were much more than a product of the blogospheric hype machine with their excellent singles compilation last year, the self-titled Blondes. That debut LP stood out for a lot of reasons, but first and foremost, it showed that Sam Haar and Zack Steinman were two youngsters who were immensely enticed by the powers of dance music; their destiny and purpose was only to find new ways to make us move. Since neither of the members had a background in producing, they created their music largely through experimentation, and in doing so, they happened to bypass many of the common dance-floor cliches. They concocted a refreshing take on the genre, but perhaps the best part about Blondes was that it remained innately techno, and therefore appealed to the hardcore IDM crowd as well as EDM newcomers. Blondes make no-bullshit, dance till you drop, instrumental bangers; there are no ambient interludes, no extravagant genre hopping, and despite what you may have been lead to believe, no pretension.

On their 2nd album, Swisher, released by surprise a few weeks back, Blondes have matured in more ways than one. These aren’t the singles of the first album, and because this is more of a singular piece — recorded during a finite time period — some immediacy has been lost (it must be said). However, now their kosmiche influence feels more cemented, which gives many of these tracks an astronomical edge. Additionally, the music here is more difficult and less formulaic, which really helps it come into its own after a few listens. Take opener “Aeon” for example, which is far more restrained than anything off of their debut — we keep expecting the disjointed bassline to break into a tribal thrust as it did on “Lover”, but that moment never comes — instead, the glistening, ethereal synthesizers come into full view and drift along as though they are part of a living breathing organism. It doesn’t take long to realize that Blondes have become a more dense and texturally minded group than they were before. Thankfully aside from the cleansing opener, they continue to remain firmly rooted in dance music.

Second track, “Bora Bora” is where the action really kicks off; with it’s clanking steel drums, dubby bassline, and cold atmospherics, it recalls the best of Basic Channel and the Chain Reaction label without falling into copycat territory. Blondes know how to play homage to beloved genres by embarking on them from varying viewpoints and adding their own interesting twists. Like “Bora Bora”, much of the album can be considered techno of the “minimal” variety, as the transitions throughout a track are precise and often nearly imperceptible; quite the achievement seeing how many tracks run upwards of 10 minutes without once becoming the source of fatigue.

Although they have always worked with a rather broad array of sounds, their palette has expanded in some interesting new directions. “Clasp” is accompanied by comforting organ drones and “Poland” sounds like an updated version of something off of Aphex Twin’s Selected Ambient Works. The tracks contain a humanistic touch that is transcendental and meditative yet tribal and raw; I still can’t manage to decide whether Swisher is an album more suited towards a summer or winter themed environment. While we are taken on darker territory on “Wire” — a track that recalls the eerie soundscape of Andy Stott — the next song, “Elise”, happens to be just about the most ecstatic thing the duo have recorded, and the two tracks happen to work perfectly together in unison.

As I see it now, Swisher is one of the best techno releases of the year — scratch that — it’s one of the best techno releases in recent memory. While their debut may have been more accessible and party oriented, this comes off as more intelligent and more consistently interesting. It’s varied in terms of sound, yet unified in terms of approach, and it proves their early singles weren’t the fluke many thought they were. In fact, Swisher is so naturally flowing and immersive, that if anything, it sounds like making it was no sweat for the duo. If that’s true, we are sure to hear plenty more in the way of excellency from this group down the road; let’s all hope these artists turn out to be prolific ones.