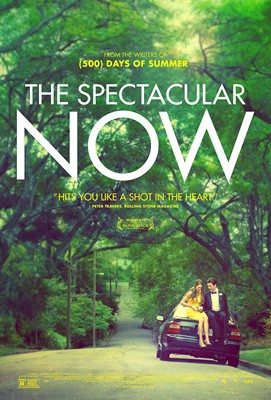 Now-a-days, it really does takes a lot for me to get chocked up while watching a film. This didn’t always used to be the case, as I remember being on the verge of tears as I watched Darth Vadar cut off his son’s hand in The Empire Strikes Back, or watching two childhood friends hold a battle to the death in Akira, or even seeing Michael Jordan being taunted by alien scum in the vastly underrated animated masterpiece that is Space Jam. In recent years, however,  I’m lucky to catch a new movie that I could even term as “sad” in a manner that’s a compliment. It’s a real shame too, as as I grow older I sometimes wonder whether it’s because I’ve just been exposed to so much more now, or if it’s because I myself am becoming more emotionally cold and didactic. Then, however, something will come along that will come across to me as so human, and so heartfelt, that I will have that pleasing sense return to me, both in a nostalgic fashion and in a way that’s completely fresh to my being. More frequently these are actually real events that happen in my life, but in this most recent case it happened to be from watching a movie. That movie was The Spectacular Now!

Adapted from the eponymous novel by Tim Tharp,the film is a teen-romance set in the present day. The film’s protagonist is Sutter Keeley (Miles Terry), a high school senior who thinks he has it all. He’s popular, has an active sex life with his girlfriend, and equipped with a car and a steady job (something not all teenagers have in today’s economy). Still, Sutter also has insecurities to him, that aren’t completely hidden. He’s a budding alcoholic who constantly needs to be sauced, and he’s also deeply upset that he never got to know his father who left their family while he was still at a young age. After breaking up with his girlfriend, he rebounds by having a long night of drunk driving, eventually waking up after passing out in front of the hous of a classmate, Aimee Finecky (Shailene Woodley). She’s different than the females he usually mingles with as she’s not the wild type, but the two almost immediately seem to bond. Not long after this chance meeting they begin to date.

This is a movie that comes off as realer-than-real in terms of confronting the high school experience. Writers Scott Neustadler and Michael H. Weber (who also penned (500) Days of Summer), really know the lingo of the today’s high-schoolers (albeit slightly exaggerated so that it’s not too esoteric), and ardently avoid coming-of-age story cliches. What’s more, they’ve also found the perfect director for the film in James Ponsoldt. Those that saw last year’s Smashed can verify that he is a solid visual stylist, as well as a film maker that can conduct a satisfying comedy-drama ratio, but his script for the film was very modest and played it a bit too safe at parts. For The Spectacular Now, however, he’s working with a superb script, and one that really tests his girth. The film has a rather dreamy feel to it thanks to effective music and filmmaking cues, and he also knows exactly when to hold back. There are several times in the film where the screen cuts to black, and it serves to have audience members either catch their breath, or evaluate what just happened.

Also, the subject matter in the film is very reminiscent to what Ponsoldt explored in Smashed, only this time the substance abuser is even younger. While the film is about young love, it’s also just as much a film about alcoholism, which is handled in a very delicate manner. Flasks, beer bottles, and pitchers frequently surround Sutter, and while there’s only one scene in the film when a character comments about his drunken state, the raw emotional scenes in the film are enough to tell us viewers that Sutter’s drinking is well past the mentality of simply being a social activity. When the film delivers us a brief yet harrowing image during it’s final act, it could have come off as a cheap shock tactic in a lesser film, but here it feels mandatory towards the film’s communicating on it’s rough message.

Of course, this is a romantic film, so no matter how great the writing and directing is, the film needs chemistry between it’s two leads above all else. Fortunately, Teller and Woodley are simply resounding, with the two leads not only seeming to really be in love (wait till you see the sex scene!), but they fully understand the unique traits of their characters. Teller’s performance fluidly merges with the fact that Sutter is a character who plays it cool, yet has deep emotional problems in his life. It’s a performance that actually recalls Richard Dreyfuss’ role in the underappreaciated 70s film The Apprenticeship of Duddy Kravitz. Woodley is an actress I’ve been intrigued with for a bit, as while I happened to think that The Descendents was quite possibly the most overrated film of 2011, I was really impressed with her performance. In the Spectacular Now, however, she continues to proves she a vibrant talent in Hollywood’s under-25-crowd, and really went the extra yard to make Aimee connect. She gained a little bit of weight for this role to make the character look more normal, and she also settles on a sense of charm and care for this character that just seems right. Also while we’re talking about cast, I have to mention (even if it’s just of interest to fans of great television), that it was just so great that they managed to cast Bob Odenkirk (Breaking Bad, Mr Show) and Andre Royo (The Wire) in bit parts.

The most remarkable thing about this film is that the complete impact of what I just saw only became apparent the moment the credits began. I was enjoying the film the whole way through, yet I couldn’t shake away from my mind that The Spectacular Now was a bit too generic in some regards. For some reason though, the scene’s ending just had all it’s parts come together in such a sublime fashion, that it made me realize that I had just watched something really special. In my mind, the movie went from a B to an A in just a millisecond. Simply put that this film is the teen-romance that critics have been waiting to see for a very long time, and hopefully this will be the sleeper hit of the summer. 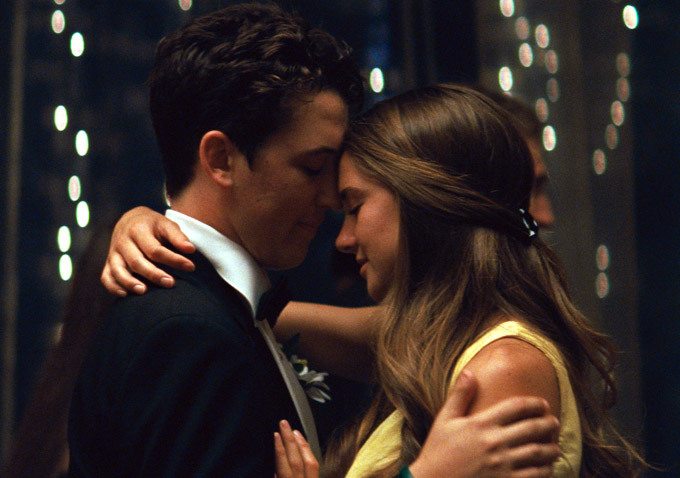