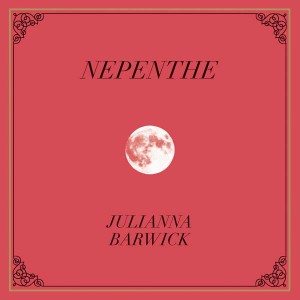 Most could forgive me if I was initially a bit nervous to listen to Nepenthe, as I was afraid the expanded production credits (Alex Somers of Jonsi & Alex, string quartet Amiina, Mum Guitarist Robert Reynisson [and pretty much everything else “Icelandic” for that matter]) would potentially tarnish the deep, isolated solemnity of Julianna Barwick’s previous LP, The Magic Place. On that 2011 LP, Julianna came into her own as a talented and original sound sculpture with a voice so rich it could have only descended from the heavens. Through the use of her lyric-less vocals and (very) minor instrumentation, she created a soundscape that was both deeply personal and even epic. While “epic” might seem like a strange word for what is essentially ambient music, her towering vocals grow on top of one another until the composition becomes somewhat maximalist, yet remaining precisely contained and elegant.

After a slew of less admirable EP’s, The Magic Place was also the moment where Julianna broke free of any comparisons to new age music and Enya (not that there’s anything wrong with these things). Even modern vocal-loop based artists like Grouper — who has ventured closer to accessibility on albums like The Man Who Died In His Boat, and Dragging a Dead Deer Up A Hill — feel hard to compare to the angelic choir that Julianna Barwick has summoned through her work. Music this personal and emotional has rarely been this immediate and accessible.

While I usually award artists who change up their style from album to album, I think it’s safe to say not many people were begging for an artistic leap on Nepenthe. Thankfully, the enhanced production doesn’t do much to broaden the bounds of the music, as her style is more or less unchanged; her voice without a doubt remains the most captivating piece. As great as the electronic flourishes, piano snippets, and grand orchestrations are, this is music that aims to further the limits of the human voice, and she continues to find brilliant ways to do that throughout Nepenthe.

There are some noticeable differences between her two LP’s, but they deal more with color and tone rather than execution. The atmosphere seems to be much more attuned to frozen tundras and glacial mountaintops — “Pyrrhic” in particular seems to have borrowed a thing or two from Sigur Ros — but like the best ambient music, Nepenthe has a noticeable affect on the environment and almost immediately ushers in a tranquil mood. If one were to attempt to get into a fight, or an argument while this was playing, I don’t think the negativity would be able to sprout from their mouths. This is more true here than on previous releases, because Nepenthe is accompanied by brighter textures, and comes off being a happier experience when compared to The Magic Place‘s sense of distraught longing. It is for this reason that the title itself — which translates roughly to “a medicine for sorrow” — couldn’t be more perfect. It even ties the two albums together and leads one to believe that The Magic Place was a representation of Julianna’s sorrow, while Nepenthe is how she managed to get through it.

Although she remains non lyrical for the most part, “One Part” happens to be her first piece that contains clearly audible words instead of her usual monosyllabic singing. She repeats the words /I guess I was, asleep that night, was waiting far/ over and over to an overwhelming affect; you can’t help but picture her singing the refrain while standing at her window in a night gown staring into the twilight-lit night sky.

I’ve listened to a lot of Julianna Barwick over the last few years, and now, because of Nepenthe, I’m sure she will continue to dominate my playlists for the next several as well. In a way, Julianna has it easy, and while i’m sure this music couldn’t have been arranged by an amateur, she has been blessed with an immaculate voice, and as long as she is paired with a looping station it is the only instrument she will ever need. It’s immediate music, and although it doesn’t necessarily get more beautiful with repeated listens, it should be known that it never happens to become less beautiful either; I think there’s a word for that actually, oh yeah: timeless.

4.) Look Into Your Own Mind

8.) Adventurer of the Family