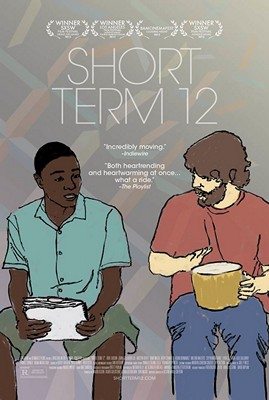 There’s an episode from the second season of South Park (entitled Chef’s Chocolate Salty Ball) in which The Sundance Film Festival comes to town. The episode takes a jab at the mentality towards indie cinema, as they show a few of South Park’s residents are really elated to watch all these independent films, only to find that they are all absurd and pretentious pieces of garbage. The episode’s message is communicated vicariously through the character Wendy when she says, “Even though a few independent films are great… most of them suck ass!” As I’ve gotten older, I’ve come to understand what South Park’s writers were trying to say a bit more. As much as I find solace in the fact that independent films are still being made, I feel it’s a myth that indie films are automatically superior to mainstream studio releases, as I have seen enough indie releases over the years to realize that they can be as inept as any big-budget studio’s Transformers-esque release. Still, as Wendy also stated, some indie films are great, and when they are it makes we realize why such a mentality towards indie films exists. Short Term 12, is blissfully that kind of a movie.

Taking place at an America foster-care facility called Short Term 12, the film is told primarily through the eyes of Grace (Brie Larson), a rather young supervisor who comes from a broken past herself. Right from the start we discover that she’s a person that is as tough as she is caring, treating the students at this facility with both respect and authority, and also utmost love and appreciation for her boyfriend Mason (John Gallagher Jr.). When a new troubled young girl named Jayden (Kaitlyn Dever) comes to Short Term 12, however, Grace begins to see quite a bit of herself in her from her tough-as-nails exterior attitude, to her harrowing past. Grace finds herself having to make several major decisions and life choices within the film’s 96-minute window.

There have certainly been other films that have looked at troubled youth in a community, but one of the most remarkable things about Short Term 12 is that it touches on a plethora of different tones, yet feels so cohesive as a whole. Right from the film’s very beginning, it’s apparent that you’re watching something really special, with an opening scene that presents the adult supervisors socializing with each other before starting their work day. Mason, nonchalantly smoking a cigarette, is telling the others a humorous story that involves him “pooping his pants”, when all of a sudden the conversation is put on hold when a young shirtless boy runs screaming out of the facility. Grace and Mason, the two veteran supervisors of the group, then run to hold down the boy peacefully, even while he curses at them and struggles. After calming him down though, Mason continues with his story casually, inciting to the viewer that this is just a regular part of the job for this line of work. A great scene that touches on so much of the film’s voice right from the get-go, and it’s really only just one of many scenes that work so astoundingly well.

An expansion of writer/director Destin Daniel Cretton’s short film, there’s something truly encouraging in finding a director that has already found such a resounding voice for his first feature-length narrative picture. The film certainly is “arty” as it carries a lighting style to it that gives an airy aesthetic, and it’s musings our often meditative. Still, the film never sacrifices realism for it’s artful veneer, and the film is fully plausible throughout. The film is very down to earth in terms of dialogue and character interaction, and just as often funny as it is brutal. The film’s final act is dark as one may expect, but there are so many different reasons as to why it’s so chilling. Perhaps it’s primarily because the film has such an appealing sense of humor to it that it really makes us feel regard for the characters, but the film’s sense of nuance and mystique makes us really ponder what Grace and Jayden have been through. We do find out, but when it happens it will hit you like the most emotionally heavy ton of bricks in the world. Simply put, Desting Daniel Cretton only needed one film for me to start calling him as powerful a screenplay writer as he is a director.

The acting alone would qualify this film as being a must see. Brie Larson is an actress who has held some notable roles over the years such as last year’s comedy hit 21 Jump Street or on Showtime’s United States of Tara, but she was playing fairly generic teenage-archetypes in those titles. Here, the 23-year old actress gives a poetic turn as the tortured Grace, and proves that she is a really magnetic leading lady. John Gallagher Jr. (of HBO’s The Newsroom) also gives his character the right amount of aloofness and seriousness, for him to connect to audiences as Grace’s concerned and affable boyfriend. Cretton also proves that he really knows how to bring out the best in young actors, as the teenage characters are all splendid in their roles, and speak volumes about the film’s message of misspent youth.

Short Term 12 is ostensibly an uncensored view into a foster home for at-risk children, but it’s so much more than that too. It’s a layered character study, a heart-breaking tale of child abuse, and a firm reminder of how beautiful life is around all the ugliness. It really is a film that has something for everyone, and it’s enough to make me shed a tear as I write this review right now. Not just the best independent release so far this year, but an easy contender for one of 2013’s very best films. This, is what I go to the cinema for!